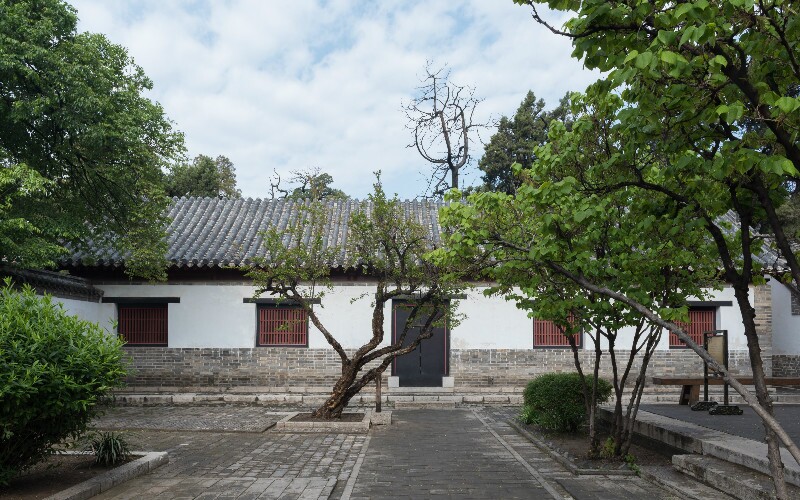 The Kong Family Mansion, also called the Holly Mansion, was where the descendants of Confucius lived. In Chinese history, Confucius' descendants were called " Yanshenggong".

The descendants of Confucius strictly maintained their family rules and rituals, and the buildings of the mansion were designed with the rules and rituals of the Confucian patriarchal system and ethics in mind. The Kong Family Mansion was designed exactly in the Chinese tradition of "the hall in the front, the living room in the back". The front hall was divided into three individual spaces: "Guanya" – the place for work, "Dongxue" – the place for reception and "Xixue" – the place for entertainment. The living rooms were designed for daily living.

Numerous precious historical relics are preserved in the Kong Family Mansion, including calligraphies of emperors, royal poetry, books and royal instruments. Almost everything bestowed to Confucius and his descendants by emperors of past dynasties to show their honor to them is preserved here. Confucius' descendants got into the habit of collecting these ancient relics to enrich their collection.

Until now, the Kong Family Mansion maintains its original furnishings from the late Qing Dynasty and the early days of the Republic of China, 1912-1949.

A visit to the hometown of Confucius Qufu is included in almost all featured tour packages to Shandong Province. Contact us for tours to Qufu.

qufu Qufu Travel Guide - How to Plan a Trip to Qufu