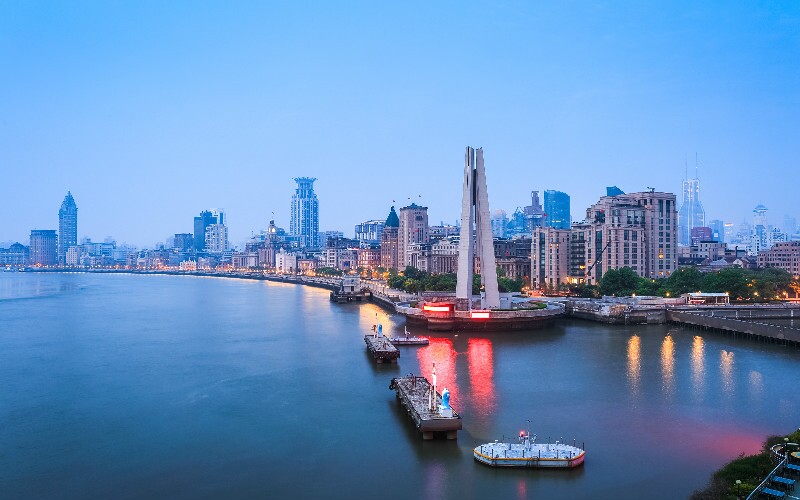 Shanghai, the Oriental Paris, is China's biggest and most prosperous city. It is one of China's greatest economic and cultural centers, therefore it is popularly seen as the birthplace of everything considered modern in China.

The city rivals New York or Paris in terms of modernity, and boasts a blended culture of the East and the West. Shanghai is a tourist destination famous for historical landmarks as well as modern, ever-expanding skylines.

You will never get bored in this dynamic metropolis. You can check out top things to do in Shanghai.

Shanghai has a population of more than 20 million. It is the largest city in China and the second largest city proper in the world after Mumbai. Today it is the largest center of commerce and finance in Chinese mainland, with many Chinese and international companies opening offices here, especially along the Bund. Undergoing a construction boom, new high-rise buildings are making a new skyline in Shanghai.

2. A Blend of Eastern and Western Cultures

Shanghai offers a shopping experience that you will never forget. Whether or not you are a shopaholic, there are various shopping areas selling anything imaginable that you will surely find worth a look. The main shopping streets like Nanjing Road and Huaihai Road offer the latest selections of luxury goods, while in numerous traditional outdoor markets you will get a unique taste of old Shanghai.

Being a sleepless city, Shanghai's dynamic life goes on way beyond the daylight hours. It is a city of colorful nightlife. It has a diverse cultural flavor, with cinemas showing foreign and Chinese films, and theatres featuring opera, dance, drama, acrobatics and puppets. There are also numerous night clubs and bars which are open until the sun comes up.

As the most metropolitan city in China, Shanghai is very accessible. Shanghai can be reached by plane, by train, by bus and by ship. Elevated highways are everywhere.

It is now possible to get a 144-hour visa free transit in Shanghai, Jiangsu and Zhejiang. It is convenient for regular flyers and businessmen.

Shanghai has tourist attractions both in and around the city. Zhujiajiao Water Town, only 40 minutes' drive from Shanghai, is an ancient water town of typical Southeast China style. You can also visit the cities of Hangzhou, Suzhou, Nanjing and Wuxi, which are all within 3 hours’ ride by bullet train or express bus.

Many tourists hesitate between Shanghai and Hong Kong for their next trip as the two cities share a lot in common. Hope the following information will help you to do decision.

Both are fantastic places to visit. Hong Kong has a superior natural setting and easy to get around for English speakers, while Shanghai has more spectacular architecture and the contrasts between the modern bits and the traditional bits are much more striking.

Both of them have beautiful skylines and Disneyland. But Shanghai has the world's 2nd tallest building – Shanghai Tower which is open to public in this year, and the newest Disneyland.

Both of them are shopping paradises. Hong Kong is more organized and richer than Shanghai, and shops in Hong Kong open till later. However, Shanghai is bigger and cheaper. And you'll certainly get more for your money when you book accommodation and tours.

There are tons of worthwhile places to visit within a bullet train or bus ride from the city like Hangzhou and Suzhou, while in Hong Kong you're confined to a small area unless you don't mind wasting lots of time in immigration line ups.

Our Most Popular Shanghai Tours

See more Shanghai tours. Our tours can be customized. Just tell us your requirements and interests.