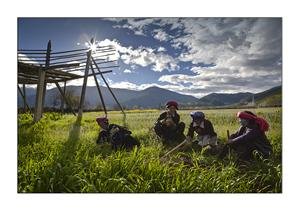 Diqing lies on the southern extremity of the Qinghai-Tibet Plateau, at an altitude of 3380 m (3696 yd), surrounded by the Nushan, the Yunling and the Gongga – aka Minya Konka – Mountains, collectively known as the Hengduan Mountain Range. 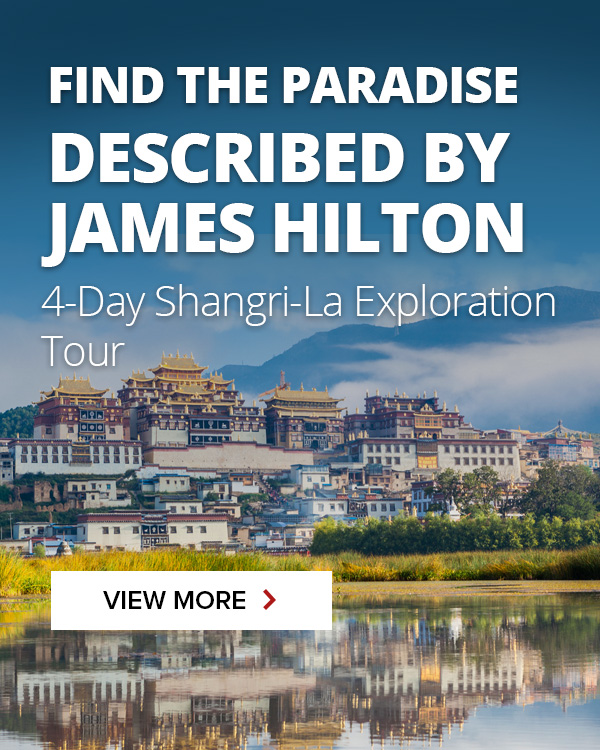 Since Diqing is located at a low latitude – it is only 4.5 degrees latitude (1 degree latitude is equal to 111 km/ 69 mi) north of the Tropic of Cancer, meaning that it belongs to the subtropical zone – it can be warm, but because the prefecture is situated on a high plateau, it can be cold.

The way this odd mix actually works out as regards Diqing is that by day it is warm, while by night it is cold – seasonally, very cold indeed. This general pattern is true for all of Yunnan Province except for mountain heights (they are frigid) and deep gorges (they are tropical). In addition to the extreme daily temperature swing, there is a slight seasonal swing in temperature in the province, just as precipitation generally follows a seasonal pattern. 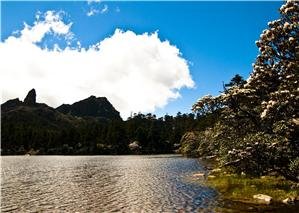 For example, on the mountains surrounding Diqing, the temperature in spring is rising at higher elevations, releasing water on the terrain below, but this leads to evaporation, which, by night, can result in cold mists, so Diqing nights during springtime seem as cold if not colder than during winter, and since the daytime temperature is also rising on the plateau in springtime, it feels as if the daily temperature swing is greater than it actually is, from 5-20 degrees Celsius.

Summer is the warmest season and also the rainiest – unlike many other regions of the world, where spring and autumn are the seasons with the most rainfall.

Summer and autumn are the best periods to visit Diqing. Autumn offers the usual spectacular color changes, when the leaves of the trees are ablaze with color and when Shangri-la is at its most enchanting. Regardless of when one visits the area, it is absolutely imperative to bring along clothing suitable for a hot summer day as well as a frigid winter night, as both can come into use on a daily basis. 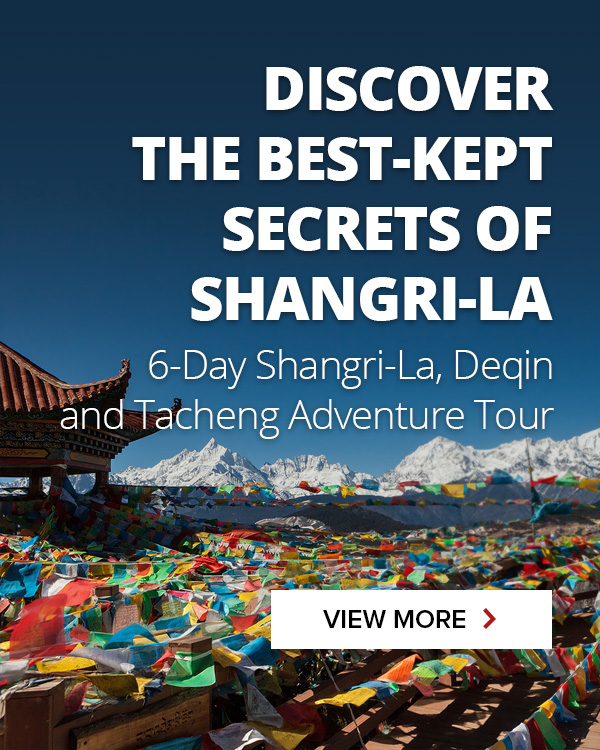