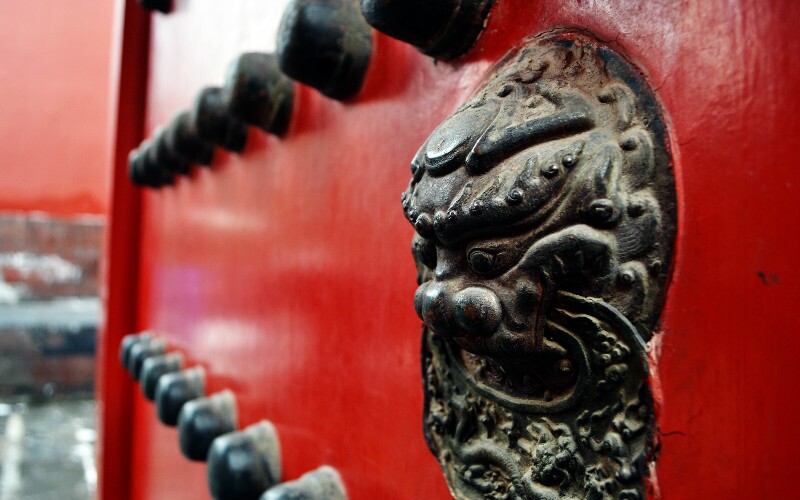 The 7 Most Prominent Features of Ancient Chinese Architecture

From the siheyuan courtyards in the north to the stilted bamboo houses in the south; from the palaces with exquisite roofs to the elegant gardens, ancient Chinese architecture has a style of its own, with unique features.

Here are the seven most prominent features of ancient Chinese architecture.

Limited by the technology and economic development, wood was the main material used to build most of the traditional Chinese architectural structures.

Most surviving ancient buildings don't date back any further than the Ming Dynasty (1368–1644) because of their wooden construction. Yingxian Wooden Pagoda is the oldest remaining all-wood pagoda in China — it was built in 1056.

Read more on Why Most Traditional Chinese Architecture Was Wooden.

There were few multi-story residential buildings in ancient China. Most, from ordinary houses to palace buildings, had a single story. A special case were the tulou (earth buildings) in Fujian. These small castles were built to withstand invasions and harassment from pirates.

Apart from that, restaurants and hotels were built with two floors.

The only multi-story architecture in ancient China was usually in the form of temples, pagodas, or military strongholds, such as city walls.

The yellow roof tiles of the imperial palaces in the Forbidden city were reserved for royalty — yellow was the color of emperors.

There were various styles of ancient Chinese architecture, such as imperial palaces, temples, and residential buildings. Most of the layouts, however, obeyed the symmetrical rule: the main buildings would stand on the north-south axis, and then the secondary buildings were usually located on two sides in east-west pairs.

Chinese gardens forsook symmetry, and put more emphasis on being in accordance with nature. They have a harmonious mixture of natural scenery and man-made architecture. Read more on Chinese gardens.

In Beijing, the sheltered siheyuan courtyard was the best architectural style for the climate. With its enclosed layout, the outer walls protected against chilly winds in winter and dust storms that frequently occurred in North China in spring.

In Shaanxi, people dug cave dwellings in the soft-soiled cliffs of the Loess Plateau. These cave dwellings provided fairly mild temperatures in winter and were cool in summer. They faced south for the best lighting.

In South China, with its moist and hot climate, including the ancient Longji Rice Terraces, stilted bamboo houses provided a cool and dry form of accommodation.

Since China is in the Northern Hemisphere, most ancient Chinese architectural structures faced southwards for warmth and light.

In the past, when the Chinese people believed in geomancy, houses were built in accordance with fengshui guidelines, which were probably based on architectural experience. They provided many practical benefits. Southern outlooks were often complemented with natural shelter, defensibility, and pleasant scenery.

Chinese architecture has evolved over a long period of time, but it has a great consistency, due to the cultural continuity and the craftsmen's dedication to traditions in style.

It's not easy to tell the date of most ancient Chinese architectural structures, because of the continuity in design.