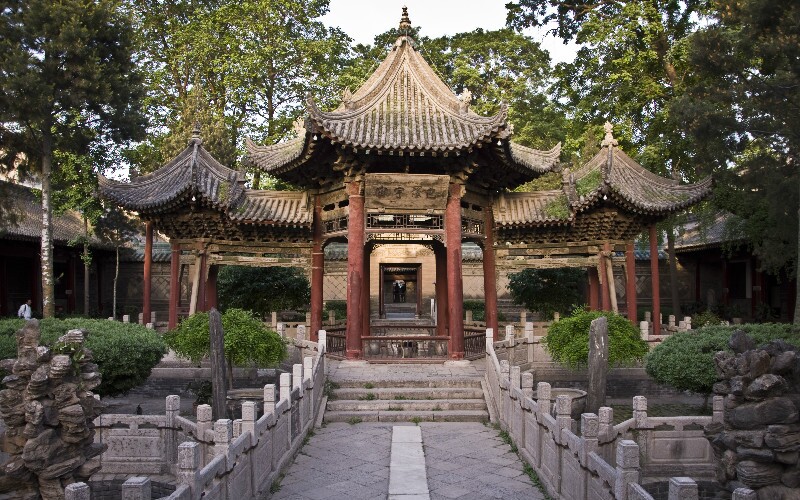 Architecture is characterized by the region, religion, nationality, and times. Taoism, Buddhism, Islam, and Catholicism have a long history in China.

As a melting pot of religious cultures, there is a variety of religious buildings in China. Below are four representatives of different religions.

1. The Temple of Heaven in Beijing

The Temple of Heaven.

The Temple of Heaven is the largest existing imperial sacrificing temple in China and has been listed as a World Cultural Heritage Site by UNESCO.

Built in the early 1400s during the Ming Dynasty (1368–1644), this Taoist temple was the altar where emperors offered sacrifices to God and prayed for a good harvest.

The temple complex covers 4 square km (1½square miles) and is comprised of three symbolic constructions: the Hall of Prayer for Good Harvests, the Imperial Vault of Heaven, and the Circular Mound Altar.

The design of the Temple of Heaven complex, true to its sacred purpose, reflects the mystical cosmological laws believed to be central to the workings of the universe.

One interesting fact is that the Hall of Prayer for Good Harvests is built completely without nails.

2. The Mogao Grottoes in Dunhuang

Located on the remote northwest Silk Road, the Mogao Grottoes, commonly known as "the Caves of the Thousand Buddhas", are famous for their beautiful frescoes and statues.

Work on the Mogao Grottoes spanned a period of 1,000 years.

There are 735 caves, 45,000 square meters (480,000 sq ft) of frescoes, and 2,415 colored statues currently in existence at the Mogao Grottoes. They are regarded as the largest and most plentiful Buddhist grottoes in the world.

3. The Niujie Mosque in Beijing

Mosques first appeared in China during the Tang Dynasty (618–907) when Islam was introduced to China by Arabic traders. Mosques constructed before the Ming Dynasty followed Arabic architectural styles.

However, during the Ming and Qing dynasties (1368–1911), elements of traditional Chinese wooden structures began to appear in mosques.

Niujie Mosque is one of the oldest mosques in Beijing. It was first built during the Liao Dynasty (907–1125) and then it was reconstructed and enlarged three times.

Niujie Mosque reflects a mixture of Chinese and Islamic architectural designs: the outer architecture shows the Chinese influence while the interior presents a blend of the two cultures.

Read more on mosques in China.

St. Ignatius Cathedral, or Xujiahui Cathedral, is the largest Roman Catholic cathedral in China. It is located in the Xujiahui district.

Originally built in 1906, it was the first Catholic church in Shanghai after the Opium Wars and it was once the highest building in Shanghai, before the 1920s.

Services are available every Sunday morning.

With red brick walls, white stone pillars, and a gray slate roof, the two bell towers in front of the church are 60 meters high (the spire is 31 meters high).

These two towering structures are magnificent and solemn with a north-south confrontation.