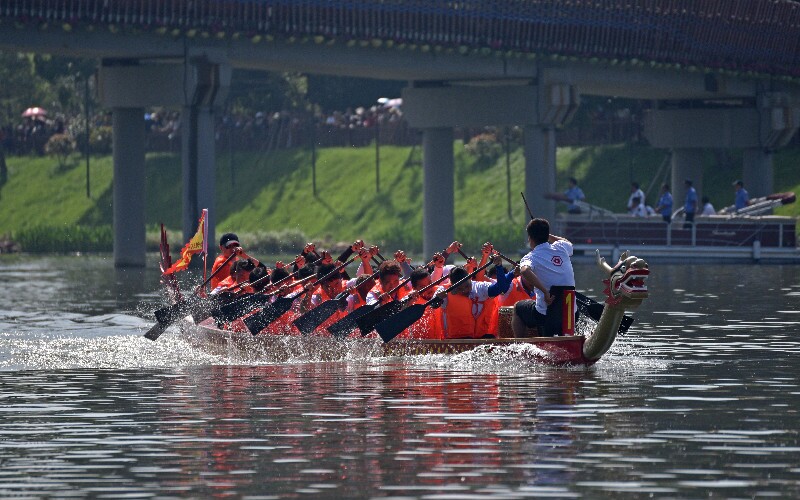 Looking to plan your China trip during an exciting display of culture and celebration? Not to worry – no matter the time of year, there are plenty of exciting festivals to enjoy.

August in Qingdao is a beer-lover's delight. For 16 days the city, home of China's most famous beer, celebrates the bubbly beverage with beer tastings, nightly entertainment, and of course, drinking competitions. Qingdao Beer isn't the only choice, though – the festival hosts various international favorites, from the Mexican-produced Corona to Asahi from Japan.

The beer flows heavily during this fortnight festival, and as a foreigner, you'll enjoy the pride the Chinese take in showing others a good time. Expect to be handed a lot of free beers accompanied with shouts of "Gan bei!" ("Empty glass!").

Held on the fifth day of the fifth month of every Chinese Lunar Year, this festival commemorates the suicide of the beloved poet Qu Yuan in 273 BC, during the Warring States period.

One exciting way to experience this festival is the Dragon Boat Races. While they occur throughout the country, perhaps the best spectacles occur in Beijing on Houhai Lake, or on the Mi Lo River in Hunan Province, the famed river where Qu Yuan plunged to his death.

Teams race dragon-shaped boats for a chance to win the good fortune of a good harvest and happiness for the coming year. It is said that the boat race is symbolic of the teams racing to save Qu Yuan's body after he drowned himself in protest of the corruption of the new dynasty.

With average winter temperatures hovering around 1°F, there is no shortage of ice in this capital city of Heilongjiang province. Though you'll need some serious cold weather gear to brave the extreme temperatures, this January festival is well worth it.

The celebrations for the new lunar year are on a level far beyond any celebration in the West. Fireworks continue to light up the sky day and night for two weeks, while celebrants visit temples, visit family, and of course, eat lots of food.

If you're looking for an intensified experience of Chinese culture, Chinese New Year is just that. Visit one of the many temple fairs for performances, traditional snacks, and red-colored decorations galore. On the other hand, if crowds are not your thing, avoid traveling to China around Chinese New Year.

This shortlist would be incomplete without mentioning China's second biggest traditional festival. Mid-Autumn Festival occurs in September or October, the 15th of the eighth Chinese month, so mid-way through the third quarter of the lunar year. The third three-month season is known as autumn, hence Mid-Autumn Festival.

This festival is noted for its association with the full moon it coincides with. The moon's roundness always rings of togetherness in Chinese hearts, as they imagine getting round a round table for a mid-fall family reunion dinner, and eating round moon cakes.

Whatever the festival in China, China Highlights will get you there to experience it in an authentic way. Just let us know what you want to see and we'll arrange it.