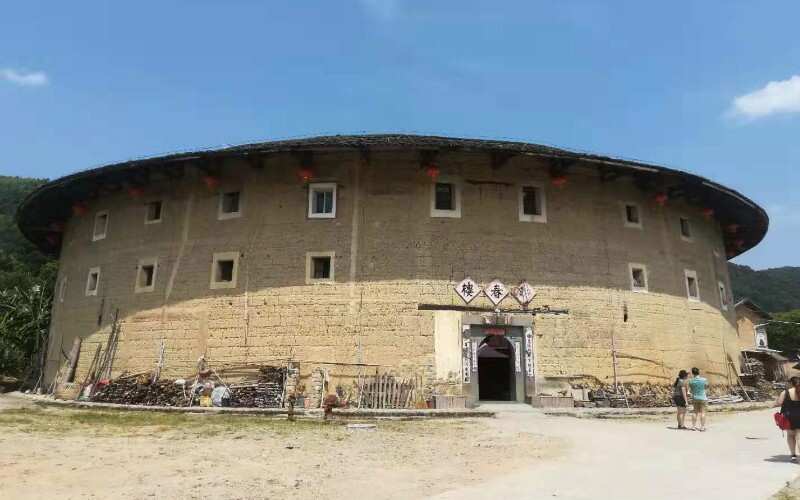 What Is the Culture Behind Mulan?

Mulan is based on a Chinese folk story originating from the Ballad of Mulan, which was created during the Northern Wei Dynasty (386–534). The real story of Mulan was similar to the Disney version, telling of a brave daughter who replaced her aging father to fight in the army and served valiantly for her country. It is a household legend that has affected many generations. Even now, Mulan is a byword for heroines and a great figure to inspire girls to be brave or "to make a man out of you" as the saying goes.

Was Mulan's War Real in History?

Mulan's war in the Disney movie reflects the conflicts that had occurred for a long time between Central China and Hun invaders along the northern border. In history, the central Han state, which enjoyed a farming culture, had many wars with the Hun people who lived a nomadic life in the north, mainly located in what is now modern-day Mongolia.

In 429, the emperor of Northern Wei led an army to fight against a Hun state, which was called Rouran at that time. The war that took place just happened to be near those areas described in the Ballad of Mulan where Mulan had to fight. The Ballad of Mulan may have derived elements of its tale from contemporary events at that time.

The Northern Wei state army consisted of three main troops : royal legion troops, state defense troops, and city governor troops. Among them, positions as soldiers and generals in the royal legion and state defense troops were hereditary, which means the men in those families were expected to join the army in every generation. Only soldiers for the third type of troop were conscripted from the normal population by the emperor when needed.

In Disney's official teaser of Mulan, Mulan is wearing an unusual style of makeup when she is being inspected by the matchmaker. Her makeup is called "E'huang makeup" and, honestly speaking, it does not look very nice at all.

There is a funny joke circulating among Chinese netizens: "It is funny when Mulan says 'I will bring honor to us all' while wearing a Huawei-like logo on her forehead, and "Honor" is a major smartphone brand owned by Huawei."

Here are some tips and tricks on how to recreate Mulan's makeup:

Chinese culture in Mulan:female make-up during Mulan's era in history

According to some Chinese historical documents, females did wear a similar type of makeup during the Northern Wei Dynasty. The traditional style of makeup started to be worn in the Northern and Southern Dynasties until the Tang Dynasty.

It became very popular and the way to apply it became more complicated, and various substyles of this makeup were created.

Learn Some Popular Chinese Characters for 2020

Inscribed on Mulan's sword in the movie are the characters "忠勇真" (pinyin: zhōng yǒng zhēn /joong yoong jen/), which mean loyal, brave, and true. These could be the most famous and widely seen Chinese characters in 2020.

What Does a Phoenix Mean in Chinese Culture?

In the movie, Mulan's father tells her: "Do you know why the phoenix sits on the right hand of the emperor? She is his guardian". So, is a phoenix actually a Chinese emperor's guardian or not?

When a phoenix and a dragon are depicted together in harmony, it represents the unity and good relationship between the empress and emperor.

Therefore, to say that the "phoenix is a guardian of the emperor" is true in a way and a phoenix does represent royal power but it shouldn't be said that a phoenix represents the emperor because that's a dragon's job.

The Matchmaker in Mulan: How the Ancient Chinese Got Married

In feudal China, marriage was arranged by one's parents instead of one's own will. Being a matchmaker was a decent female occupation and it played a key part in families' marriage issues. A matchmaker's responsibilities were to find good matches between couples and to chart out auspicious dates for wedding ceremonies.

The family background, wealth, zodiac signs, and dates of birth were necessary elements taken into consideration for an auspicious match.

When the boy's parents identified a possible bride-to-be, they would send a matchmaker to her parents to deliver the intention and get her parents' approval as well the date and time that she was born.

The groom's family would place a note with the girl's birth details on the ancestral altar for three days. If nothing bad happened, such as quarrels between the families or a loss of property, the parents would take this as a sign that the marriage was favored by their ancestors and would give the boy's birth details to the matchmaker to present to the girl's family so that they could go through the same process.

Only after both outcomes were favorable would the two families arrange for the boy and girl to meet each other.

Definition of a Qualified Wife in Feudal China

In feudal China, females had to live up to society's moral standards: a girl should obey her father, a wife should obey her husband, and a widow should focus on raising her children.

The definition of a nice lady was to have good virtue, have courteous manners when speaking, be graceful in appearance, and be good at managing household affairs. These were the qualities men sought in a good wife-to-be in feudal China.