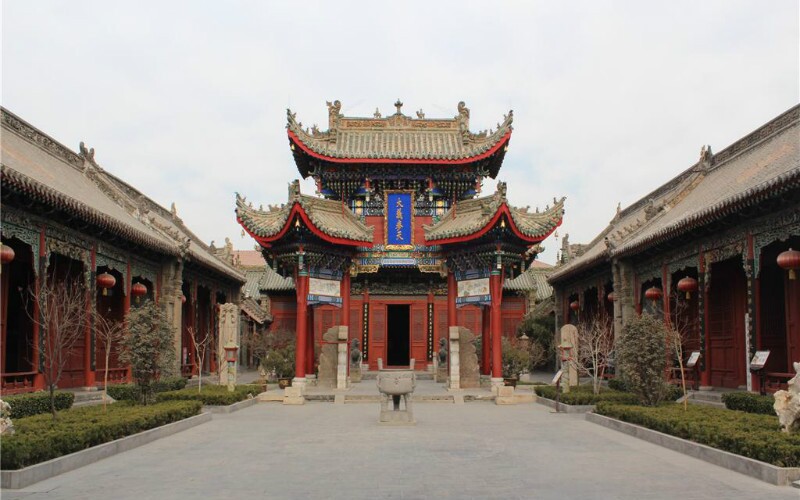 The Five Dynasties and Ten Kingdoms Period (907–960) was an era of division and political disturbance in 10th century imperial China in between the Tang Dynasty and the Song Dynasty, two highly successful dynasties.

Map of the first of the Five Dynasties and the early emergers of the Ten Kingdoms.

History and Background of the Five Dynasties and Ten Kingdoms

The Five Dynasties and Ten Kingdoms began with the founding of the Liao Dynasty (907–1125), which was in the north of formerly-Tang-Dynasty China. During this period, there were other regimes present.

When the Tang regime was almost over, its government granted more power to Jiedushi (the regional and provincial governors in charge of civil and military affairs).

However, in 874, the Huang Chao rebellion broke out when survivors of the floods and famine gathered courage and rose against the imperial government, perceiving natural disasters as a sign from heaven that there should be regine change. By the early 10th century, the Jiedushi commanders effected independence from imperial authority. Captals Chang'an and Luoyang were captured in the process.

The rebellion was the end of the Tang Dynasty and the beginning of the Five Dynasties and Ten Kingdoms.

In northern China, the founder Zhu Wen held the most power during the Liang Dynasty.

Zhu Wen was previously a member of the Huang Chao's rebel army before forming his army base in Kaifeng. He played a significant role in forcibly putting an end to the Huang Chao rebellion. During this period, there was destruction of property, and people were forced to move from the imperial capitals of Luoyang and Chang'an (now Xi'an).

In 904, Zhu executed Emperor Zhaozong of Tang and made his 13-year-old son, Li Cunxu, a lower-ranking ruler. In 907, Zhu made the boy emperor renounce his throne.

However, Li Cunxu regained the throne and proclaimed himself emperor in the spring of 923 and destroyed the Later Liang Dynasty, thus beginning the Later Tang Dynasty.

The Later Tang Dynasty was established by Li Cunxu, Emperor Taizu, and lasted for 13 years. Its capital was Luoyang.

When Li Cunxu was killed in 926 after an officer's rebellion, Li Siyuan (adopted son of Li Keyong) succeeded in taking control of the dynasty. Li Siyuan became the emperor from 926–933 until he died of illness aged 66.

Li Conghou (second son of Li Cunxu) would later become emperor from 933–934 before being overthrown by his adoptive brother Li Congke in 934. Li Congke became the emperor until 936 when he was overthrown by his brother-in-law Shi Jingtang to form the Later Jin Dynasty.

In 936, Shi Jintang (also known as Gaozu), was helped by Emperor Taizu of Liao from the Liao Empire in a rebellion against the Later Tang dynasty. If they were to succeed, Shi Jingtang promised the sixteen Prefectures to the Khitans.

In 943, the Khitans declared war, and in 946, they seized Kaifeng and removed Chudi from power, marking the end of the Later Jin and beginning the Later Han Dynasty.

The Later Han Dynasty lasted only four years and was the shortest imperial regime of the five. During this period, Liu Zhiyuan entered the imperial capital of Kaifeng in 947 and controlled the advent of the Later Han.

In Spring 948, Liu Zhiyuan became ill and died. He was succeeded by his teenage son Liu Chengyou as the emperor. However, two years later, in 950, Later Han dynasty was overthrown by Guo Wei who became the Later Zhou Dynasty ruler.

This was the last regime of the five dynasties. Guo Wei was the emperor until 954 when he died of illness and Chai Rong (his adopted son) succeeded the throne. Chai Rong's army defeated the Khitan and Northern Han forces, ending their ambitions of succeeding the Later Zhou dynasty.

During his regime, Chai Rong conquered much of Southern Tang (the then most powerful regime in Southern China). But In 959, Chai Rong died as he was attempting to recover the territories that had been ceded during the Later Jin regime.

During the ten kingdoms period, ten regimes in South China controlled various areas for various periods before being invaded, overthrown, and amalgamated by the Song Dynasty. Below is a summary of the ten kingdoms:

Yang Xiangmi (a military governor in Huainan, the area south of the Huai River) became the Tang Dynasty leader in 892 and founded the Kingdom of Wu in 904. The capital of Wu (modern-day Jiangsu, Anhui, and Jiangxi) was initially at Guangling and later moved to Jinling.

The kingdom fell in 937 when the Southern Tang took it.

The Four Kings of Wu were:

Former Shu was founded by Wang Jian, a military governor of western Sichuan, after the fall of the Tang Dynasty in 907. The kingdom was based in Chengdu and held most of present-day Sichuan, western Hubei, and parts of southern Gansu and Shaanxi.

The kingdom fell when his son's regime was conquered by its northeastern neighbor Later Tang in 925.

Chu or Southern Chu was founded by Ma Yin. During his regime, Chu experienced peaceful times with an active economy of Chinese silk, tea, and horse export. The kingdom's capital was based in Changsha (present-day Hunan province) and northeastern Guangxi.

When Ma Yin died, the kingdom faced difficulties until the Southern Tang absorbed the state in 951 and moved the royal family to its capital in Nanjing.

The six Chu rulers were:

The Kingdom of Min was founded by Wang Shenzhi. Min's capital was in Changle (present-day Fuzhou). In 925, Wang Shenzhi fell ill and died. Wang Yanhan (Wang Shenzhi's son) became the emperor for only two months when he was overthrown and killed by Wang Yanbing (his adoptive brother).

The Kings of Min:

The Kingdom of Wuyue was the longest-lived, and it was termed as among the most powerful of the southern states. It was an independent coastal kingdom that was widely known for its learning and architecture culture. Wuyue was founded by Qian Liu, who set up his capital at Xifu (modern-day Hangzhou).

The kingdom survived until 978 when Qian Chu surrendered to the the Song Dynasty.

Southern Han was founded in Guangzhou by Liu Yan. The kingdom included Guangdong, Guangxi, and Hainan. Southern Han saw four sovereigns between 917 and 971.

After the formation of the Song Dynasty in 960, the ten kingdoms fell one after the other. Thus, Southern Han was forced to submit to Song rule in 971.

Jingnan was the smallest of the southern states and an important trade hub. It was founded by Gao Jichang and held its capital in Jiangling. As much as Jingnan was a small and weak kingdom, it tried to maintain good relations with the neighboring five dynasties so that it would not be vulnerable to attack and invasion.

The five kings of Jingnan:

The kingdom fell to the Northern Song's armies advancing from the north in 963. It was the first of the ten kingdoms to fall.

There were only two rulers of the Later Shu kingdom. Meng Zhixiang died a year after becoming the emperor in 935, and his son Meng Chang ruled for the next thirty years (935–965) until the kingdom was forced to surrender to Song armies in 965.

Southern Tang was the successor state of Wu. Li Bian (Emperor Liezu) took the state in 937, and it expanded from the original domains of Wu. Later, it took over Yin, Min, and Chu.

The kingdom was governed by three rulers between 937 and 975.

The kingdom became nominally subordinate to the expanding Song Dynasty in 961 and was invaded in 975 and conquered in 976 by the Song Dynasty.

The Northern Han was a small kingdom that was founded by Liu Min (劉旻). It had its capital at Taiyuan.

The kingdom fell after a two-month siege of the capital by Song armies in 979.

China Highlights customers get the chance to understand China's history with our knowledgable guides and expertly-crafted experiences, e.g. meeting the Terracotta Army face-to-face.

If you want to visit the Five Dynasties and Ten Kingdom's key places, see these itineraries below for inspiration.

If you can't see exactly what you want, we can customize a tour or you could use our tailor-made service and describe the tour you'd like and wait for a response within 24 hours.