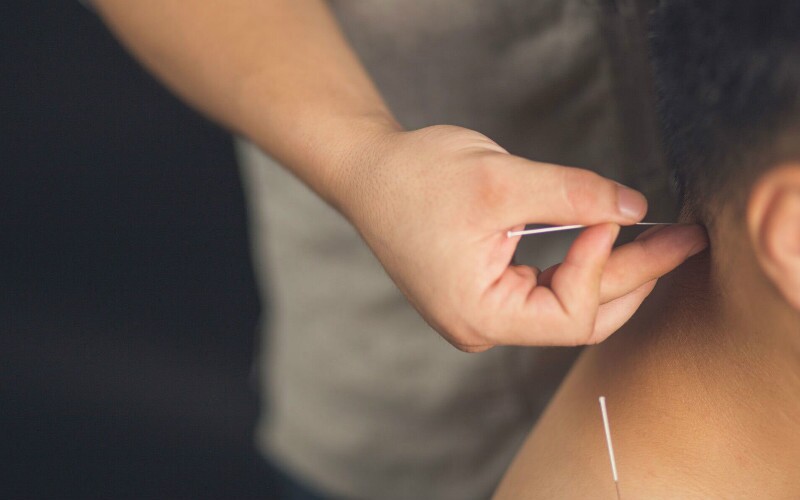 Acupuncture involves sticking needles or sharp points into the body at specific meridian sites to change the qi and Yin Yang balances. The meridian spots are outlined in charts and traditional texts. An acupuncture treatment often involves fire cupping, moxibustion, message, acupressure (tuina) or other techniques as well. The needles may be heated by burning mugwort herb for moxibustion. When people go to traditional doctors in China, acupuncture is a common treatment, but its effectiveness isn’t clear. Here is some information on the history, method, and effectiveness of acupuncture.

Like moxibustion, the history of acupuncture is unclear though there is some evidence that both were practiced together even during the Shang Dynasty era (1600? -1046 BC) and the Zhou Dynasty (1045-221 BC). Part of the problem with knowing about Chinese history before the Han era is that during the Qin Empire, many religions, sciences, and philosophies were banned and most kinds of books were destroyed except for those favored by the court.

Acupuncture from the Han to the Song Eras

The Han Dynasty (221 BC-220 AD) and Tang Dynasty (618-907) were the two large and powerful empires that ruled in the region before the Song Dynasty. During those two stable eras, science progressed and acupuncture research was supported by the imperial governments.

Acupuncture became popular in Korea and Japan as well. Following the example of the Tang Dynasty, the Japanese dynasty supported acupuncture specialists and their training.

Acupuncture During the Song Dynasty Era

During the Song era (960-1127), science progressed a lot. Wang Weiyi (987-1067) wrote the Tong Ren Shu Xue Zhen Jiu Tu Jing (Illustrated Book of the Bronze Figure Showing Moxibustion and Acupuncture Points) about the year 1026. The text was influential, and his work was supported by the dynasty. There were many contradictory methods about acupuncture at that time, but his work became a standard for later eras.

The Emperor Renzong of Song ordered the casting of bronze acupuncture statues in the1020s. Wang Weiyi helped to cast two large statues with 354 holes showing the 354 acupuncture points. What is interesting about these bronze statues is that they were used to teach and test knowledge of acupuncture points. It is said that the figures were covered with wax and were filled with a liquid. When people were told to find a particular point on the body, if they inserted the needle in the right place, the needle would puncture the wax seal and the liquid would flow out.

The printing press that was a major invention of that era helped to spread Wang Weiyi’s ideas about the locations of the points and the technique of moxibustion and acupuncture.

Acupuncture from the Song Dynasty to the Qing Dynasty

Acupuncture was widely accepted and supported by the Song Dynasty, but afterwards, perhaps through the influence of Western ideas or Western medicine, acupuncture lost status. It became associated with folk practices such as shamanism, witchcraft, and moxibustion, and it wasn’t considered appropriate for the elite.

However, acupuncture spread to the West through the study of Catholic monks and others living in Japan, China, and French Indochina. In 1683, Willem ten Rhijne who was a Dutch physician in Nagasaki published the first European book about acupuncture.

But by the middle of the Qing Empire era (1644 - 1912), it was said to be a “lost art.” It wasn’t popular with the elite, and it was thought of a low-class treatment. The upper classes preferred relying on herbal medicine and medications.

In 1822, a Qing imperial edit banned the practice and teaching of acupuncture within the Imperial Academy of Medicine. By the end of the Qing era in 1912, Sun Yat-sen and other leaders wanted to promote Western medicine and replace traditional practices.

After the fall of the Qing Empire era (1644 - 1912), official attitudes towards acupuncture changed several times. Initially, Western-trained leaders tried to ban acupuncture and other treatments. In the 1920s and 1930s, the Nationalist government tried to discourage the practice. The Communist party also attempted to stop or discourage the practice in favor of Western medicine. Then in the 1930s, the Communist party reversed their position, and they allowed and supported its use.

In the 1950s, attempts were made to make acupuncture a scientific discipline, but during the Cultural Revolution that started about 1966 acupuncture and other treatments were again banned. Many acupuncture and qi-related practitioners were imprisoned or killed, and some escaped to other countries where they taught the techniques and helped to popularize it.

In the 1980s, acupuncture started to reappear in the country. But it still is considered to be an unusual method of treatment.

For example, Korean acupuncture methods focus on manipulating the hands since the hand is thought to represent the whole body. A Korean acupuncturist may use needles, moxibustion, cupping, and even magnets to manipulate the qi in the body.

The Japanese methods also differ from Chinese methods in that they believe in a slightly different acupuncture site map and aim for efficiency in minimizing needling and pain. Japanese needles are smaller than Chinese needles, and the treatment is said to be less painful. They may follow a five step treatment process called the Five Phase Treatment Protocol.

Though the various national styles differ, the procedure of treatment is usually the same. The first step is generally diagnosis, and the second step involves various manipulations of the body.

First, the acupuncturist tries to determine what the problem is. They may examine the tongue, the pulse, the patient’s body, and his or her behavior and smell. They may also try to determine the cause of the problem by questioning the patient about what he or she has experienced or what happened when the problem started. Factors such as environmental conditions or traumatizing events are believed to effect the body’s balance.

The tongue is important to examine because it is thought to be a virtual map of the patient’s body. It is thought that various regions of tongue represent various regions and organs in the body. They believe that people may bite the part of the tongue that represents the unhealthy part of the body, so they look for tooth marks, cuts, or tell-tale color or texture differences on areas of the tongue.

Needling may be done as well. An acupuncturist touches or slightly pricks sites on the body to sense the qi or stimulate reactions. It is said that an acupuncturist may sense the presence of qi by an electrical tingling sensation.

In the second step, the practitioner tries to manipulate the Ying, Yang, qi, blood, or body fluids. They do this by using needles and a variety of other techniques such as moxibustion, cupping, acupressure, message, herbs, and needles. Some people also use electrical stimulation, magnets, or other methods.

There isn’t yet a consensus in the West about whether acupuncture is effective. The various governing bodies, agencies, and medical societies have differing opinions. Medical surveys or clinical trials also produce differing results. However, many people say that the treatments helped them or relieved pain, and now the procedure has a level of acceptability. It is reported that there are now 20,000 licensed acupuncturists in the US alone.