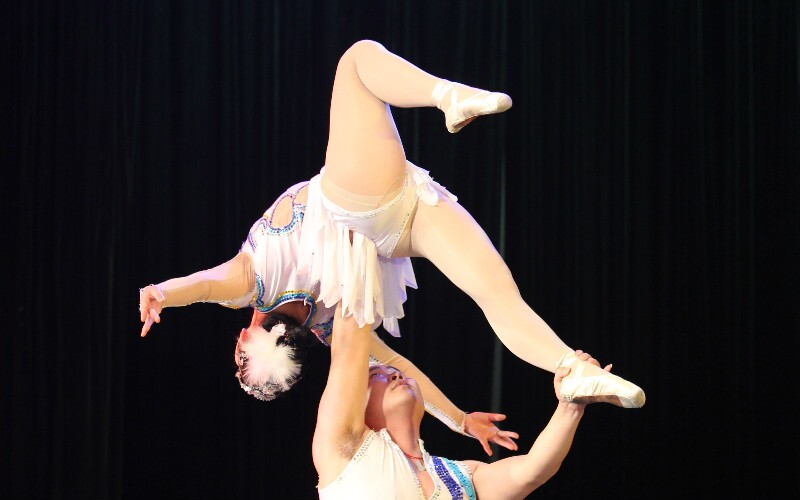 Chinese Acrobatics - best in the world

Everybody likes watching acrobats. The acts sometimes seem scary and dangerous, and there is thrill and wonder. Though Chinese acrobatics troupes travel internationally, they are not commonly seen by audiences outside the country. While in China you might want to see the amazing feats of balance and skill.

The acrobats developed their styles based on traditional ancient arts such as dance, theater, martial arts, and magic shows. Their acrobatics is distinctive and incorporates traditional skills and physical exercises. In general, there are two styles of Chinese acrobatics: martial arts style and circus style.

Circus style shows: They are more like Western acrobatics shows. The individual performers and groups of acrobats do amazing acts of balancing, juggling, and gymnastics, and they are often amusing.

Martial arts for amusement: They use martial arts skills in a thrilling and sometimes comedic fashion. The Beijing Red Theater's "Legend of Kungfu" show is an example.

Chinese music and theater: Many of the shows will have traditional Chinese music that is recorded or performed live by musicians playing traditional instruments. The costumes or the themes may be drawn from a familiar opera.

Chinese stories: The acrobats may perform scenes from popular legends, stories, or novels of the ancient past such as The Monkey King. You might not recognize the story or the music, but you'll still enjoy the sound, color, and unusual costumes.

The Two Pillars of Chinese Acrobatics It is said that there are "two pillars" in the Chinese style of acrobatics.

International recognition: Chinese troupes have won many prizes in international competitions. China has recently been honored as the country with the 'World's Best Acrobatic Performances.'

Where To Go To See the Acrobats Beijing Chaoyang Theater has "the best acrobatics in Beijing". The feature of the show is a group of motorcycle stunt riders who do amazing feats while riding around in a large sphere.

Shanghai Circus World, ERA show: Foreigners like this show more than the Beijing Chaoyang Theater. So it might be China's best acrobatics circus performance troupe. This show uses high tech lighting and color effects more than the Chaoyang Theater, and it is said that it costs millions of dollars to stage it. "The Legend of Kung Fu" Show in the Red Theater, Beijing.

"The Legend of Kung Fu" tells the story of a young boy who dreamed of becoming a kung fu master. This is probably the best martial arts acrobatics theater you can see.

The actors are excellent kung fu artists from all over China. The show combines kung fu, acrobatics, and dancing. It is produced to international standards by one of China's leading performing arts production companies. There is an English language show for foreigners.

Shaolin Temple was made popular by the "Kung Fu" TV series. It is more of a martial arts demonstration than a spectacular show like the others. However, you'll see a lot of acrobatics stunts performed. The troupe has demonstrated their skills for millions of people from China and abroad including many state leaders. We could save you the time and hassle of arranging the tickets and transportation. Our tours are hassle-free and individualized for our customers.