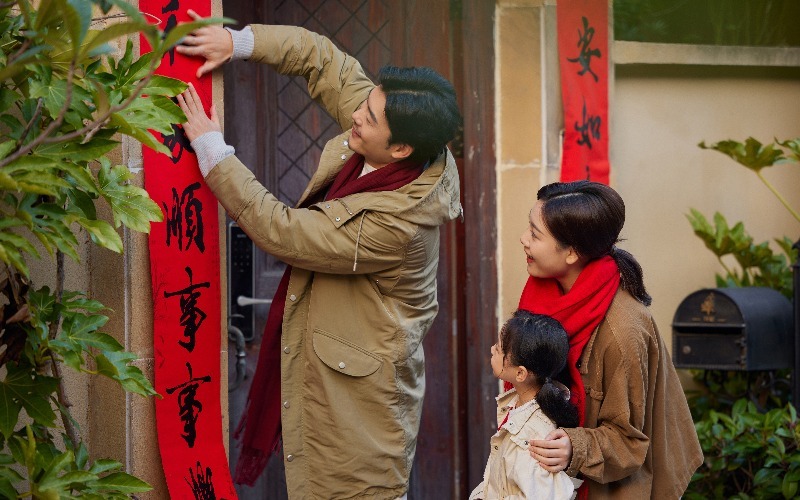 15 Fun Facts about Chinese New Year (#15 Will Impress You)

Chinese New Year (Spring Festival) is the most important festival in China and a major event in other Asian countries. Chinese Lunar New Year 2023 will fall on January 22nd. Here are 15 interesting facts about Chinese New Year.

Though in winter, Chinese call their New Year holidays 'Spring Festival' (春节 chūnjié /chwnn-jyeah/), because 'Start of Spring' (4–18 February) is the first of the terms in the traditional solar calendar.

While wintry weather prevails, 'Start of Spring' marks the end of the coldest part of winter when the Chinese traditionally could look forward to the beginning of spring.

Over 2 billion people celebrate Chinese New Year in some way, even if it’s just a national acknowledgment.

There are 12 Chinese zodiac animals. In order, the 12 animals are Rat, Ox, Tiger, Rabbit, Dragon, Snake, Horse, Goat, Monkey, Rooster, Dog and Pig. 2023 is a year of the Rabbit.

Your zodiac animal is decided by your birth year. Find out your Chinese Zodiac sign.

5. The festival is celebrated for 16 days till the Lantern Festival.

Traditionally, the 16 days from Chinese New Year's Eve until the Lantern Festival each had a special celebration activity.

On the evening of the 15th day of the first lunar month, on the night of the full moon, families gather for dinner and go out and see fireworks and light lanterns. Lanterns are put up for decoration, let loose to fly, and floated in rivers.

Lanterns for the Lantern Festival

6. This period is a time to offer sacrifices to Gods and ancestors.

Read more about how the origins and history of Chinese New Year have changed with time.

Certain foods are eaten during the Chinese New Year period purely for their symbolic meaning.

This includes dumplings, eaten because they represent wealth. The more dumplings you can eat, the more money you will make in the new year. Fish is eaten because the word for fish in Chinese, (鱼 Yú /yoo/) sounds like 'surplus'.

Oranges and tangerines are displayed because they are believe to bring good luck and fortune due to their pronunciation and characters.

8. Billions of red envelopes are exchanged.

Chinese people love the color red. Giving red envelopes is a way to send good wishes and luck (as well as money).

Red envelopes are given out from older to younger, from bosses to employees, and from leaders to underlings. It is a special New Year's bonus.

And today many of these red envelopes are given electronically, something that can be done through WeChat, China's most popular communications app.

See more information about how much money goes inside and how to give.

9. Red decorations are everywhere during the Chinese New Year.

You might know that red is a lucky color in China, representing many positive things such as happiness, beauty, vitality, good luck, success, and good fortune, but did you know that almost everything is red during Chinese New Year?

For Chinese people, the most important part of the Chinese Spring Festival is to enjoy a reunion dinner with their families on New Year's Eve, even if they have to travel long distances.

200 million people from Chinese mainland travel long distances for these holidays, and it is estimated that there are 3.5 billion journeys in China. Tens of millions of people travel in other countries too. This makes CNY the largest annual human migration in the world, known as the Spring Festival Travel Rush.

For comparison, less than 100 million people travel more than 50 miles during the Christmas holidays in the US according to the American Automobile Association.

11. And the New Year's Eve Gala is the world's most-watched TV show.

This TV show involves many Chinese celebrities performing songs and dances and is watched as a family together, in a similar way that families might watch the ball dropping on New York's Times Square in the USA.

Watching it is a great way to get an introduction to many types of Chinese performance arts.

12. Washing, sweeping, or taking out the garbage are not allowed.

During the Chinese New Year period, there are many superstitions.

Washing hair or clothes is not allowed on the first day of the lunar year because it is seen as "washing one’s fortune away" at the beginning of the year. Sweeping up and taking out the garbage symbolize removing the good luck from the house, so people don’t do that either.

13. There is the world's biggest annual fireworks usage during Chinese New Year.

Another for our facts about Chinese New Year, no single hour in any other country sees as many tons of fireworks lighted as in China around the midnight beginning Chinese New Year.

Fireworks are used to scare evil spirits: Most people from Chinese mainland believe that the flash and bang of firecrackers and fireworks scare away demons and evil ghosts.

As a result of pollution and safety issues, many of China's big cities have banned people from setting off their own fireworks within the city or within certain parameters of the city. Local governments set up their own beautiful displays. Read more on why Chinese New Year Must Have Firecrackers.

Kids love the holiday, because they get a month off of school, new clothes to wear, and receive red envelopes.

It is believed that wearing new clothes can bring fortune and health, so parents will buy new clothes for their kids, which they wear for the reunion dinner on Chinese New Year’s Eve.

Red envelopes within lucky money are traditional gifts for children during the Chinese New Year period. Children receive red envelopes from parents, older relatives, and visitors. Every kid has a chance to "get rich". Some kids receive over 10,000 yuan (almost 1,500 USD!).

15. But it can be tough for some: "old" singles hire fake boy/girlfriends to take home.

This is a fresh-new fact about Chinese New Year. Chinese New Year is a joyful time for most, but for singles above the normal matrimonial age, it's not. In China, females are said to be marriageable up to 30, and males before 32.

For "old" singles, parents are extremely anxious. So New Year's Eve stress is heightened by embarrassing interrogations of the singles. Desperate parents even arrange dating (prospective marriages) for their single children.

To solve this problem an interesting, and often ridiculous, solution has appeared — renting a boyfriend or girlfriend for the New Year. There are websites and agents specialized in this business. The price is about 100 yuan (16 USD) a day.