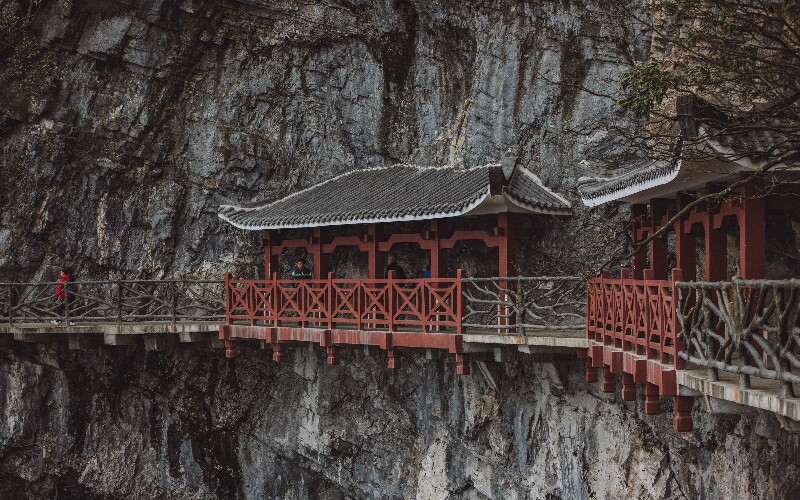 How to Plan a Tour from Shanghai to Zhangjiajie How to Travel from Shanghai to Zhangjiajie

Shanghai is about 1,000 kilometers from Zhangjiajie, a city in SouthCentral China. The quickest way to get from Shanghai to Zhangjiajie is by airplane.

By airplane(recommended): There are daily direct flights from Shanghai to Zhangjiajie, taking about 3 hours. Zhangjiajie Hehua International Airport is only 4 kilometers (2 miles) from the city center.

By train: No direct bullet trains connect Shanghai and Zhangjiajie. Traveling by train is possible if you don’t mind the inconvenience on the way: traveling for more than 22 hours and sleeping in a cramped bunk bed or splitting your journey between a bullet train and a car.

See detailed information about how to get from shanghai to Zhangjiajie by air and train.

How Many Days Are Required In Zhangjiajie, you can stay for 2–4 days to visit the highlights there, such as Zhangjiajie National Forest Park, Tianmen Mountain, and Zhangjiajie Glass Bridge.

You can make the most of your time by taking an early morning flight to Zhangjiajie or an evening/nighttime flight to Shanghai.

A Sample Itinerary of a Shanghai and Zhangjiajie Tour

See one of our Zhangjiajie sample itineraries for inspiration.

If you have limited time in Zhangjiajie, we recommend you skip Zhangjiajie Glass Bridge because it is often crowded due to its fame and is similar to the glass skywalk on Tianmen Mountain, which also offers a feeling of adventure. Alternatively, only spend one day in Zhangjiajie National Forest Park.

Here is a sample itinerary to maximize your experience in Zhangjiajie:

See how to plan a weekend trip from Shanghai to Zhangjiajie.

Where to Stay in Zhangjiajie

Compared to Shanghai, Zhangjiajie offers very limited neighborhoods to stay in and the star-rated hotels are not up to the standard of those in Shanghai.

The two areas to stay in Zhangjiajie are downtown and Wulingyuan (a small town adjacent to the national park).

Considering the convenience to see the most attractions and the number of hotel options, we recommend you spend most of your nights in Wulingyuan and stay in downtown Zhangjiajie no more than one night.

See detailed information about Where to Stay in Zhangjiajie: the Best Places to Stay.

What to Eat in Zhangjiajie

Zhangjiajie cuisine is spicy. The most popular dishes are Sanxia Guo (a type of hot pot)and steamed ham. If you can’t eat spicy food, Western food choices are available at your hotel.

Food options inside the national park are very limited but your guide will find the best ones for you. You can find a few Western restaurants, such as McDonald's and KFC, inside the park.

The Best Times to Visit Zhangjiajie In terms of weather, the best times to visit Zhangjiajie are April–May and September–October.

Winter is cold but you will be rewarded with no crowds and sometimes snowy scenery. Summer is the busiest season due to the summer vacation for students but it offers more chances to see the mountains shrouded in fog, which is when you will feel like you are walking in a fairyland.

See the detailed information about the best times to visit Zhangjiajie.

Should You Book a Private Tour or Travel Independently? Shanghai, an international metropolis, offers a lot of convenience for foreigners, such as English signs on public transportation and maps in English in scenic spots. It shouldn’t pose a problem to travel there on your own.

However, in Zhangjiajie, the situation is different. The problems you will encounter are the language barrier and huge crowds. If you don't have a local guide, you will waste time getting lost and being hampered by Chinese tourist groups.

Therefore, the best way to visit Zhangjiajie is to take a private tour to make sure you have the best experiences. Our experienced guides know how to make the most of your time and will create a flexible tour based on your interests and requirements.

Enjoy a Shanghai and Zhangjiajie Tour with Us

We aim to provide you with the best travel experience possible.

Contact us and we will be with you every step of the way on your Shanghai to Zhangjiajie trip, helping you get over any difficulties you encounter and eliminating potential problems at the planning stage.