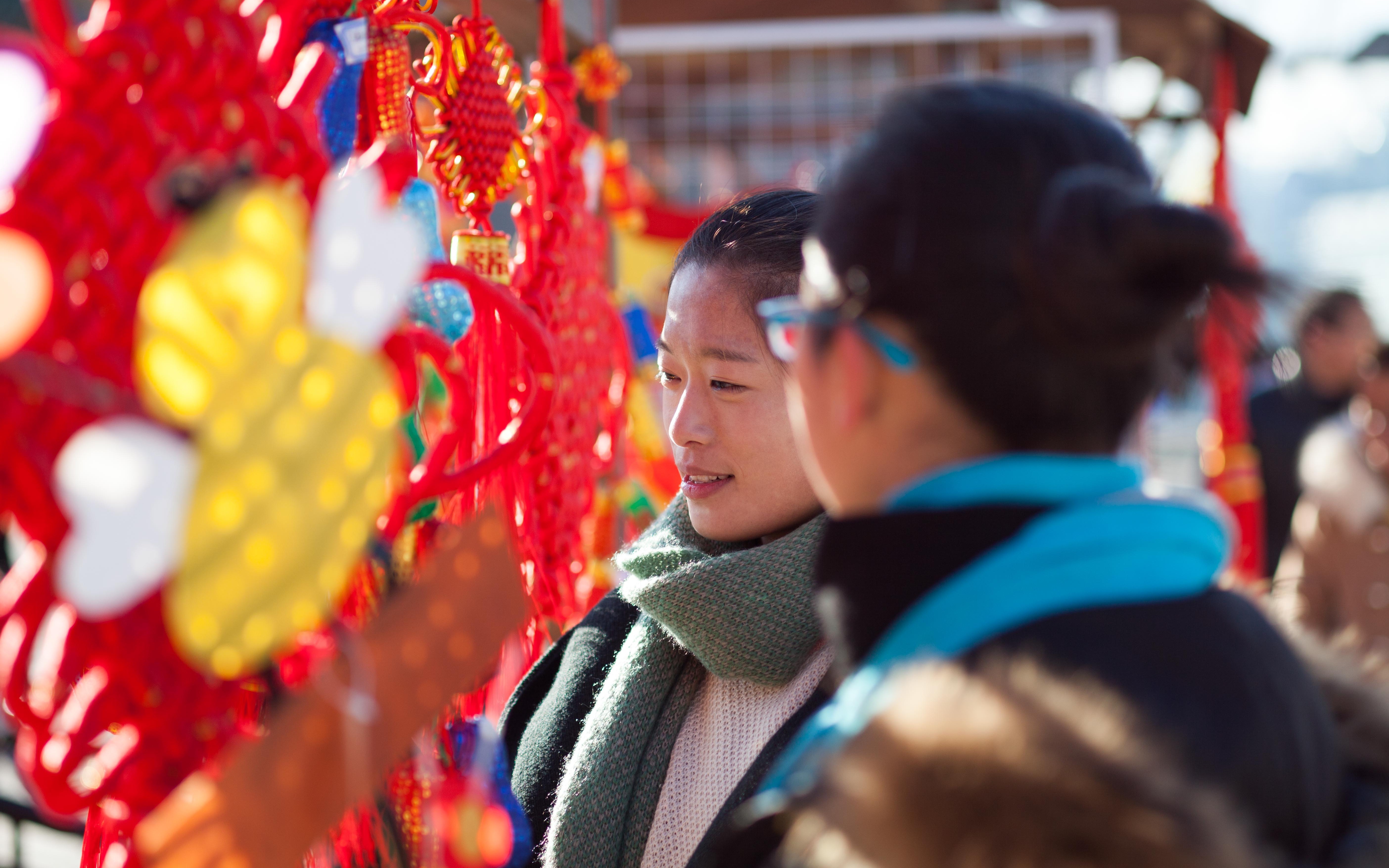 Beijingers traditionally have a Chinese New Year's Eve meal and perform temple ceremonies as well as specific traditions, but nowadays they also celebrate at the Great Wall, bars, and at special modern entertainment festivals.

In 2023, the Chinese New Year public holiday runs from Jan. 21st through to 26th. It is the year of the Rabbit, which means you will be seeing a lot of rabbits depicted around if you do decide to visit.

In other years, it was a tradition to go to a local temple's temple fair during the Spring Festival. Temple fairs refer to gatherings near temples, where activities such as ritual praying, entertainment, and shopping take place. There are also many kinds of Chinese folk art (music, dance, theater, acrobatics, art, crafts, etc.).

From January 25 to February 15, 2022, Gubei Water Town launched some activities to celebrate the Chinese New Year. Tourists can see various kinds of products related to the festival and experience traditional crafts such as kite making, paper cutting, shadow play painting, and lantern-making.

During the event, visitors will have a unique experience of the Spring Festival with decorations throughout the park, such as red lanterns and red couplets, new New Year-themed entertainment performances, food and drinks full of the "Flavor of the Chinese New Year".

A fireworks show at Beijing Universal Studios will take place during the Chinese New Year. Although the time for the fireworks show has not been announced, it has been revealed that fireworks can be seen during the Spring Festival.

The Events in Parks