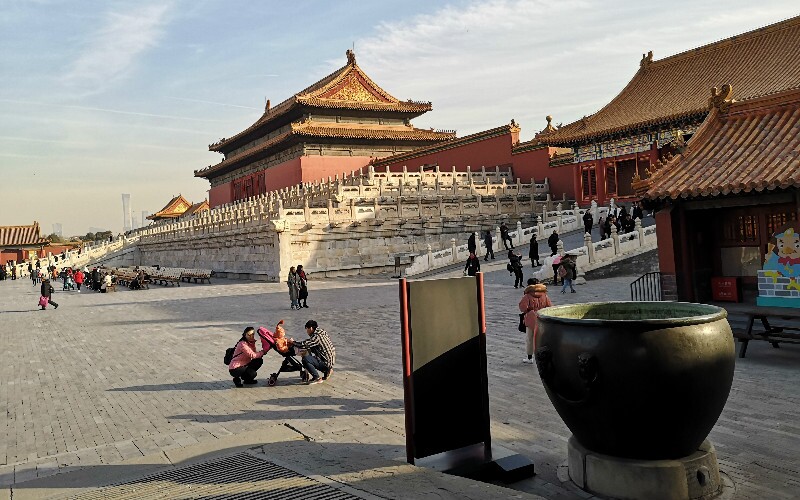 During the Qing Dynasty, this hall was probably the most important building except for the Hall of Supreme Harmony. From the time of the third emperor Yongzhen, all the Qing emperors: 8 in total resided there. The emperor also conducted the state affairs and held private audiences in the hall.

The first Emperor of the Qing Dynasty-Shunzhi died there. The hall was later converted to the imperial workshop, manufacturing all the necessities for royal use during the Kangxi reign.

It served as the emperor's sleeping place from the time of Emperor Yongzheng.

Some palaces in the Forbidden city are not open to the public, including the Hall of Mental Cultivation (养心殿), Chonghua Palace (重华宫) and Shufangzhai Palace (漱芳斋). In these palaces there are priceless treasures used by emperors of the Qing Dynasty, such as furniture, porcelain ware, clocks and watches.

The Western Warmth Chamber at the western end was the emperor's study was used by the Emperors to read the presentations from their ministers and to conduct private audiences with high officials.

At the end of the complex are five bedrooms. The biggest middle room was for the Emperor and the four surrounding rooms were used by the Empresses and concubines who were ready to be summoned to attend the emperor.

During the reign of Emperor Tongzhi and Guangxu, the eastern chamber of Yang Xin Dian gained special political significance. It was here that Empress Dowager Cixi and Empress Dowager Ci'an gave audiences behind the screen and began their intervention in national affairs. This is the notorious "Power behind the Throne" or "Holding Court behind the Curtain" in Chinese history.

After having visited so many palaces and halls, you may want to have an aesthetic change. Head for the Imperial Garden to enjoy a refreshing vision.