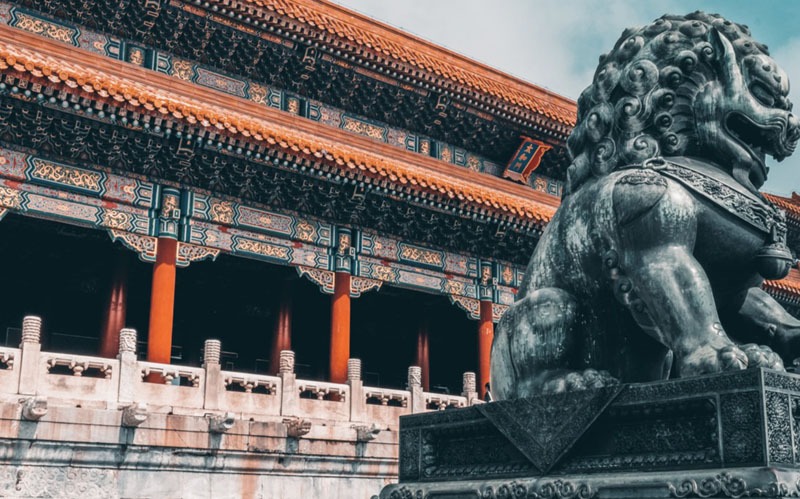 Palace of Heavely Purity is the largest building of the three rear palaces. It was the palace where the Emperor slept. During the reigns of Emperor Shunzhi and Emperor Kangxi, this building functioned as an audience chamber for foreign envoys and high-ranking governmental officials.

On such important occasions as the New Years Day, Lantern Festivals, Duanwu Festival, Mid-autumn Festival, Chongyang Festival, Winter Solstice and the birthday of the Emperor, he would be present here to receive the congratulations from his officials and provide a great feast in return.

According to historical documents, two elaborate banquets were held here by the emperors. One was held to express their gratitude to their subjects for their support and great contributions to the nation. The second one was organized by Emperor Qianlong and over 3,000 old men over 65 years old from all walks of life were granted the privilege to present.

The hall was also used as a place for the Emperor's body to lie in State after his death. During the Qing Dynasty, no matter where the emperor died, his coffin was carried to the capital and placed in the hall for several days for memorial ceremonies.

Behind the plaque hanging in the middle of the hall lays an important box, which could shape the destiny of the crown prince. From the time of the Emperor Yongzheng, the name of the Crown prince who had been chosen to succeed the Emperor would be written in duplicate documents. One copy was kept by the Emperor while the other one was sealed in the box and placed behind the plaque.

If the names on each copy were the same, the designated prince could ascend to the throne. Hiding the crown prince's name was supposed to avoid the usurpation of the throne and the idea seemingly worked. The fierce scramble for the throne declined to a minimum during the later Qing times.

Behind the Palace of Heavenly Peace is Palace of Union and Peace(Jiao Tai Dian), where the imperial seals were stored.