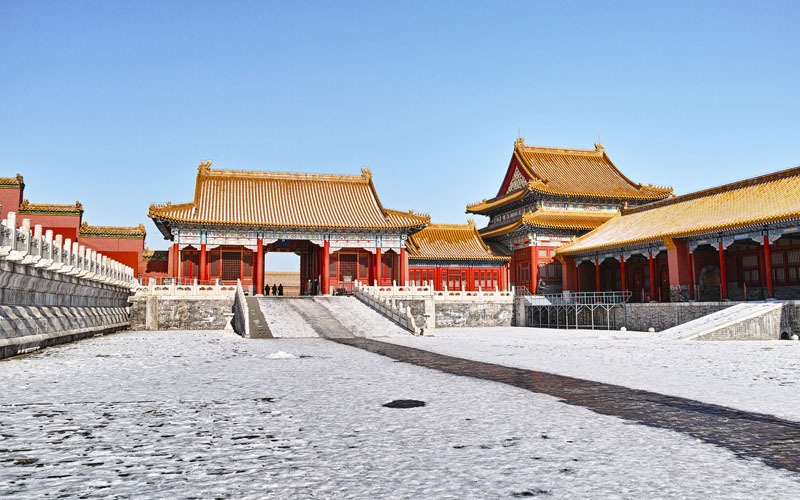 Why Is It Called the Forbidden City?

The Origin of the Name of Purple Forbidden City

The name ‘Purple Forbidden City’ is related to ancient Chinese philosophy and astronomy.

There are two reasons.

In traditional Chinese culture, purple is a noble color. It is a symbol of high status, and is considered to be the color of auspice, representing the emergence of sages, emperors, and treasures.

An ancient saying goes “the Purple Air comes from the east — a propitious omen”.

In ancient China, the philosophical concept of "the unity of man and nature" was emphasized, and the location of stars in the sky were used to correspond to the planning of the palace. The aim is to highlight the legitimacy of the regime and the supremacy of the imperial power.

In traditional Chinese astrology, the Ziwei Star (‘Purple Forbidden’ Star, i.e. the North Star, Polaris) in the middle of the northern sky is considered the abode of the Celestial Emperor.

The emperor regarded himself as the "Son of Heaven", and his residence should correspond with the Heavenly Emperor.

Thus, the Zigong (‘Purple Palace’) became the name of the emperor’s residence.

Why Was the Forbidden City Forbidden?

The feudal emperors of China paid much attention to hierarchical order. They considered themselves the sons of Heaven.

Imperial bodyguards were stationed outside the gates of the palace, keeping out ordinary people, both to protect the safety of the emperor and his royal family and to demonstrate the power of the emperor.

Therefore, it was called ‘Forbidden City’.

Instead of Zijincheng, the Chinese translation of the Forbidden City, Gugong (故宫Gùgōng /goo-gong/) is what Chinese people call the palace complex nowadays, which means ‘Former Palace(s)’.

The Forbidden City is more widely used among English users.

In 1925, the Forbidden City was no longer the home of the emperor and it became the Palace Museum, which was open to the public.

Now it is one of the most popular tourist attractions in Beijing, even in China, or the world.

All our tours can be customized. We can create the ideal China trip for you based on your group size, time, budget, interests, preferences, and other requirements. Contact us.