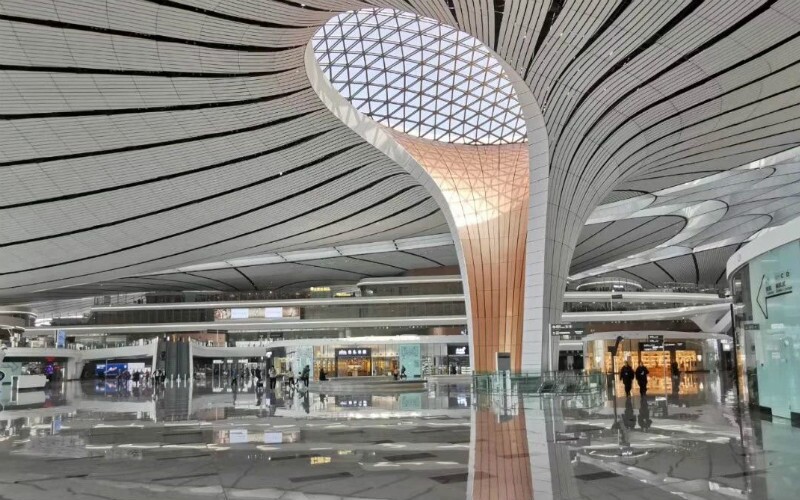 How to Travel from Daxing International Airport to Beijing City Where is Beijing City Center in Relation to Beijing New Airport? A Quick Overview of the Transportation Options

Here is a simple table listing five ways of getting to the center of Beijing – Tian’anmen Square – and the advantages and disadvantages of each one. You can choose your preferred method of travel depending on your circumstances. Go to floor B1 after your arrival to purchase your metro ticket and go down to floor B2 to take the metro. The journey from Beijing Daxing International Airport to Caoqiao Station takes 20 minutes and costs 35 yuan ($5).

The operating time is from 06:00 to 22:30 although adjustments to the schedule are made according to the last night flight arrival time.

At Caoqiao Station, you can take Line 10 and transfer to other lines to reach different destinations. It will take about 50 minutes to get from Caoqiao Station to Tian’anmen Square. You can check the Beijing Metro Map for the routes it covers.

Similar to taking the metro, go to floor B1 to purchase your train ticket and go down to floor B2 to take the train. It takes about 30 minutes to travel from Beijing Daxing International Airport to Beijing West Railway Station.

The starting price of Beijing taxis is 13 yuan ($2). Traveling by taxi from Beijing Daxing International Airport to Beijing’s downtown area, such as Tian’anmen Square, normally takes about an hour (if there are no traffic controls or jams). It costs about 200 yuan in the daytime and there will be a 30% surcharge at night.

You can take line 1, 2, or 3 and transfer to the metro or take a taxi to the city center. Private Transfer Service from airport to your hotel in Beijing City

The most convenient way of getting from Beijing Daxing International Airport to downtown Beijing is with a private transfer service. In this case, you don’t have to queue for a taxi at the airport, which can take a while during weekends and public holidays.

We provide you with a private English-speaking guide who will wait for you at the airport arrivals hall and be prepared to assist you with your luggage as well as any unforeseen visa or customs problems. An experienced driver with a private, spacious car will also be at your service.

Just contact us and book a Beijing tour in advance. Transfers are included in our professional tour services and our tours are customized.