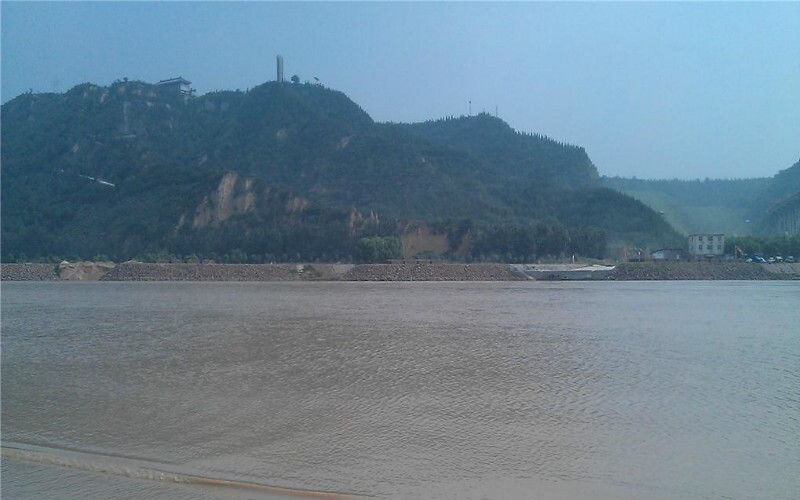 Sanmenxia Travel Guide - How to Plan a Trip to Sanmenxia

Sanmenxia is a Yellow River historical and scenic area, and an inland city opening up to tourism. It is getting more popular with tourists because it is on the new bullet train line that connects Xi'an with eastern coastal cities and Beijing.

Guo State Museum: This is the city's main historical highlight (三门峡虢国博物馆 in Chinese). A burial site of the Guo State (1046–687) had treasures and a burial chariot that were major discoveries dating about 900 BC. It is one of China's best museums.

Sanmenxia Dam Scenic Area: The Yellow River is one of the longest in China, and sightseers see the river in the park and the dam. The dam is 30 kilometers (19 miles) from the city's downtown area. At this point, the river is unusually broad. You can tour the dam itself and learn about the history of its construction in the 1950s.

Sightsee in Shan Zhou Park: This scenic area (陕州公园 in Chinese, Shǎnzhōu gōngyuán) is a local favorite for its size. It includes a Swan Lake where swans from the north winter and the Baolun Pagoda (宝轮寺塔, Bǎo lún sì tǎ) that was built in the Tang Empire era, rebuilt in the Jin Empire era in 1177, and reconstructed recently. There are several other attractions including petrified tree trunks.

See The 7 Top Attractions in Sanmenxia>>

The scenery of Mount Hua

The region has a long history. Human habitation dates back to the Neolithic period. During the era of the Zhou Dynasty (1046 to 256 BC), the Guo State (1046 to 687) occupied the area until it was conquered by the Jin State in the 7th century BC.

After that, during the Spring and Autumn Period (770–476 BC), the State of Wei grew from being a small state in northern Shanxi Province. During the Warring States Period, Wei grew in size and became one of the seven major states in 403 BC. Its capital was first established in Anyi (安邑, now Shanzhou, Sanmenxia, Henan Province), and was later moved to Kaifeng. It was defeated by the Qin State in 225 BC.

The Wei State wall: Like many other kingdoms and empires, Wei State built a long wall. To resist invasion by the state of Qin, in 358 BC the Wei State began to build its "Great Wall" west from the Yellow River border of Qin. It was finished in 351 BC, and was further developed in following years.

We don't recommend visiting the Wei State "Great Wall" ruins, as they haven't been developed for tourism, aren't much to look at, and are mainly only visited by archaeologists. But if you are in the park in Mount Hua in Huayin County that is one of China's great historic mountains, you can visit some remains and say you've been to the start of the Wei State Wall!

The city is built in a moderately dry river valley. Temperatures range from an average daily low of 3 °C (31 °F) in January to an average daily high of 26 °C (79 °F) in July. More than half of the annual precipitation falls from July to September.

When to go: Spring, summer and autumn are the best times to go there. Avoid going on public holidays to make travel more convenient. To best enjoy the attractions, avoid holidays and weekends.

Sanmenxia City is not a business city. It is in an agricultural region, and the local handicrafts might be good souvenirs for you to take with you. Here are some suggested places to shop:

Women's articles at 'Women's Street': This shopping street (女人街 Nǚrén Jiē) is mainly for women's clothing and articles. There are snack stalls for snacks.

Hong Chang Pedestrian Street: This commercial pedestrian shopping street is more upscale than Women's Street. It has many sit down restaurants to eat at that serve good food.

Fruit and Nuts at A Dong Mountain Products 阿东山货

It is a shop for fruits, nuts and herbs. Products include locally grown walnuts, Chinese dates, etc.

This store has manufactured products such as clothing, shoes, bags and cosmetics with many domestic brands and some international brands. The price is more affordable than at other department stores.

The Chengni ink stone of Guozhou County is famous. It was used in the past to keep ink in, and is still used by calligraphers. It looks like a little like jade. Emperor Qianlong of the Qing Dynasty several hundred years ago praised it and valued it as a national treasure. Tourists can buy it in the Chengni Mud Ink Stone Research and Development Company in Sanmenxia City.

Many Chinese like to eat with finely crafted chopsticks. You could buy a set for souvenirs. The holly pyrographic chopsticks (冬青木烙花筷子) are made of evergreen hollies that grow in the mountain cliffs. On the square head of the chopsticks, craftsmen make pyrographic pictures. They are so exquisite and elegant that they can be used as elegant dinner ware and be appreciated as artwork.

Airport: It is about an hour's drive to Luoyang's domestic airport.

Bullet train travel: The Xi'an to Beijing bullet train line stops at Sanmenxia South. It is about an hour to Xi'an and an hour to Beijing via Zhengzhou (half an hour from Sanmenxia). The train doesn't go to Luoyang though.

Bus: The Long-Distance Bus Station is located in the east side of Xiaoshan Lu. The bus to the popular tourist city of Luoyang takes about an hour.

Touring Sanmenxia and the Surrounding Area

To the west of Sanmenxia are Xi'an and other Silk Road sites, and to the east, there are Luoyang and Zhengzhou that are both rated in the top 50 tourist areas in China according to TripAdvisor in 2016.

Most tours won't take you to see Sanmenxia, but our Luoyang tours are customizable! Our recommended tour for Luoyang is the 4-day Luoyang Essence Tour that can be modified to include Sanmenxia.

In Zhengzhou in Henan Province, there is another Yellow River Scenic Area you can visit.

Mount Hua is often combined with a tour of Xi'an by fitter and more adventurous hikers. It's a steep mountain, but there are cable cars, and it's both rich in scenery and culture. It is described as being one of the most terrifying popular hiking places in China for the steep dropoffs and narrow paths. The mountain is about 1 hour 40 minutes from both Sanmenxia and Xi'an.

Silk Road travel is easy with us

Onward Tours on the Silk Road

Sanmenxia can be included on a Silk Road tour.