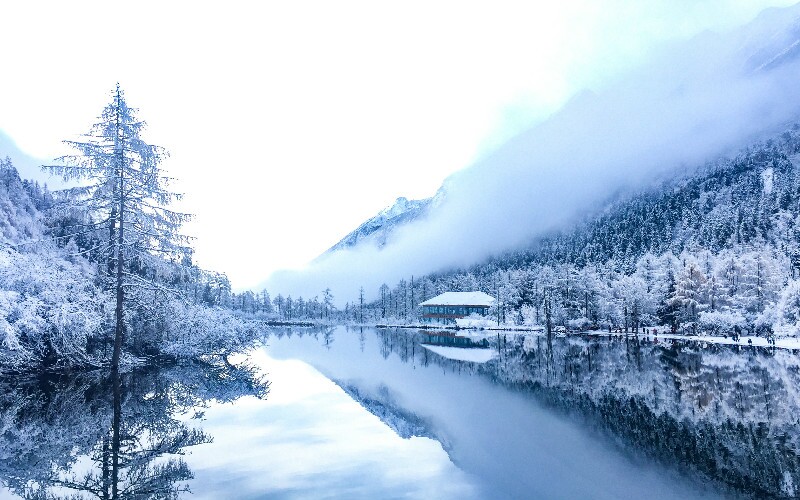 The weather in Sichuan varies greatly from west to east. It is a big province — about the size of Spain or California, but the province is divided into three major geographical regions.

There is a region of high mountains in the south, a high plateau in the west, and a lowland region in the eastern part of the province. The whole province is impacted by the Southeast Pacific Ocean Monsoon and the Southwest Indian Ocean Monsoon. Here is a description of the weather in the three regions.

The eastern basin area is warmer than the higher elevations, but often cloudy or foggy. To give you an example of how cloudy the basin area is, Chengdu lies in the basin area and people compare Chengdu's weather to that of London and say that it is even cloudier.

The high plateau in the west is typical of high plateaus: there is a long winter, a cold summer, but lots of sunshine. The temperature drops during the night. In contrast to the basin, parts of the plateau may bask in 2,500 hours of sunshine a year. Ganzi Township is nicknamed "the small sunshine city".

The climate is alpine and even arctic in the highest peaks. The Huanglong Scenic and Historical Interest Area has a glacier. The high mountains southwest of Chengdu are good places to go in the summer. Huanglong is a beautiful place to visit in the summer.

The climate in the high mountain region in the south of course depends on the altitude. The valley of the Jinsha River (Yangtze) has a subtropical climate. In the valleys, the dry season and the rainy season are obvious. May to September is the wet season, and October to April is the dry season.

Most of the cities in Sichuan are located in the Sichuan Basin, which is in the eastern lowlands. This area has a relatively pleasant climate for touring all year round. The best times to visit the area are spring and autumn. For some cities in the western high plateau, such as Kangding, Ganzi, and Daocheng, summer is also one of the best times to visit.

We'll give you information about the features and recommended places to visit for each season below. You can choose according to your preferences. The best time to visit depends largely on what you want to see and which part you want to go to.

Spring (March to Early May)

Summer (Late May to September)