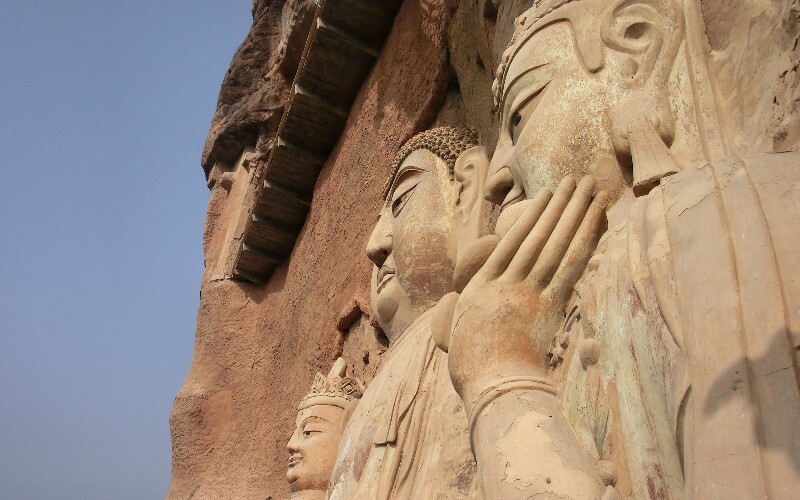 There are scheduled flights to Lanzhou and Xi'an every Tuesday and Thursday. Tianshui airport is 15 kilometers away in the suburbs.

The national highway G312 and G310 run through the region, and the city's highway mileage totals 2732 kilometers.

There are buses to the cities in Gansu Province such as Lanzhou, Wuwei, Baiyin, Dingxi, Linxia, Pingliang, Xifeng, and Qingyang. There are also buses to cities outside Gansu such as Xining, Yinchuan, Xi'an, Hanzhong, Luoyang and other places. In addition, sightseeing tour buses go to Pingliang Kongtong Mountain and to the Jiuzhaigou Nature Preserve in Sichuan, and to other scenic spots. Long-distance bed buses are available to Pingliang at the Beidao bus station and the Tianshui train station around 6:00 every night.

The No. 6 bus can be taken from the railway station square to the downtown area called Qincheng. Fare: 2 yuan. Time: 40 minutes. Trips: every 15 minutes.

The flag-down fare in Tianshui is 5 yuan, and it is 1 yuan per additional kilometer. It costs about 20 yuan to go the from Beidao Railway Station to the Qincheng downtown area by taxi. There are buses from the town to the Maijishan Mountain area the Immortal Cliff, and other scenic areas.