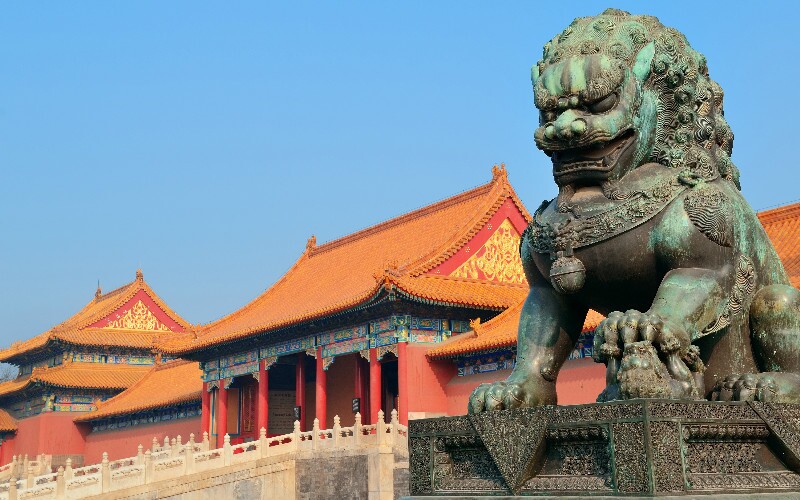 10 Amazing Facts About the Qing Dynasty

The Forbidden City was the imperial palace of the Qing Dynasty.

The Qing Empire (1644–1912) was the most populous empire ever, and China's last empire. It was ruled by invaders, prospered for the first 120 years, and ended in record-breaking wars and natural disasters. These 10 facts will help you understand the Qing Empire better.

1) The Qing rise to power was like Genghis Khan's.

Nurhaci (1559–1626) was a Manchu chieftain who founded his empire in much the same way that Genghis Khan had earlier. Reminiscent of Genghis Khan, he first defeated a rival coalition of tribes in battle. Then he enacted new laws, created a writing system, adopted advanced military technology, and organized Jurchen and Mongolian tribes to form an effective army.

Nurhaci led the attack on the Ming Empire (1368–1644) and died in battle. Neither he nor his son could get past the Great Wall.

2) A general on the Great Wall was key to the start of dynasty.

If General Wu Sangui hadn't opened the gates of the Great Wall at Shanhai Pass in 1644, maybe a united China under rebel leader Li Zicheng could have kept the Manchus out, and supplanted the Ming Dynasty with another Han-led dynasty. However, when General Wu heard that the rebels had taken Beijing and were marching against him, he sided with the Manchus.

3) The Manchus' campaign to create the Qing Empire lasted 57 years.

The Manchus were persistent. After Nurhaci died in 1626, his son conquered more territory and defeated Korea, and then armies under his grandson conquered Beijing in 1644. His great grandson, Kangxi, finally subdued all the Ming Empire in 1683. Their campaign for conquest of the region that is now modern China lasted 57 years after Nurhaci died.

4) Kangxi and Qianlong had the longest reigns in China's history.

Emperor Kangxi reigned from 1654 to 1722 (61 years), and Qianlong's rule began in 1735 and officially ended in 1796. After that, although Qianlong's son officially reigned, he controlled the court until he died in 1799 (64 years). These two had the longest reigns of any Chinese emperor over the 2,200 years of imperial rulership, and two of the most prosperous.

5) The Qing Empire was the second largest Chinese empire.

Emperor Qianlong conquering eastern Central Asia in the 1950s marked the height of Qing power, when the empire was 13 million sq km (5M sq mi). That's the size of the USA, Mexico, and central America. (Currently China is about the same size as the USA at 9.5 million sq km.)

Only the Yuan Empire, i.e. the Mongol Empire, was larger at 24 million sq km.

6) The Qing Empire was the most populous empire.

The Yellow River is now shallow and tamed due to damming, but in the late Qing era flooding killed millions.

From 1800 onwards, the successive imperial courts and officials followed the way of decadence and corruption of the later Qianlong reign. The government weakened, and the people rebelled. Millions died in fighting and massacres during the Dungan Revolt (1864–1877), and millions more died in wars in Yunnan and Guizhou after 1800.

9) The Qing Era ended with the longest-ruling empress and youngest Chinese emperor.

As an example of Empress Dowager Cixi's great mismanagement, large amounts of navy funds were diverted to rebuild the Summer Palace.

Empress Dowager Cixi's son (Emperor Tongzhi) and nephew (Emperor Guangxu) officially reigned, though she ruled "behind the screens" from 1861 to 1908. The Qing Empire fell through Cixi's mismanagement, or despite her best efforts.

Her chosen successor at two, the last emperor, Puyi, brought over two millennia of imperial China to an anticlimax in 1912, when his mother was forced to sign his abdication by Republican army forces. Then the Republic of China era began.

10) Foreigners both helped and hurt the Qing Empire.

One of the greatest damages inflicted by foreigners was mass opium addiction through humiliating forced trade. Europeans captured key port areas and forced treaties. Opium dealers made massive profits under foreign military protection. In 1880, China imported more than 6,500 tons of opium. And by the early 1900s China was the world's top opium producer at 22,000 tons per year.

On the other hand, foreign Christians built thousands of schools for children, universities, and hospitals, which helped the people improve their lives and modernize. Foreign armies also helped to quash the biggest civil rebellion — the Taiping Rebellion (1851–1864) — second deadliest war in history, in which 25 million died.

Discover More About the Qing Dynasty in Beijing

The best place to go to learn about the Qing Dynasty and see their buildings and monuments is Beijing where you can tour their grand palace, the Forbidden City, the Summer Palace, the Temple of Heaven, and numerous other Qing era sites.

There are many other Beijing tours available to suit a variety of interests, time frames, and budgets. If you can't see exactly what you want, you can customize your tour or use our tailor-made service.