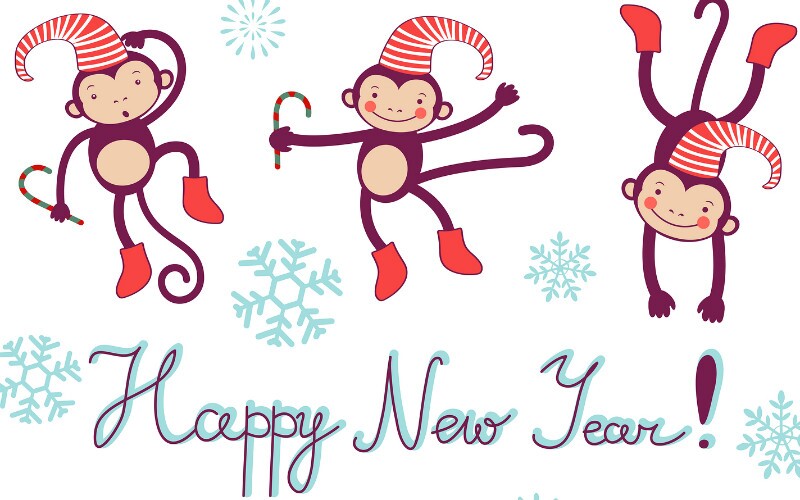 6 Facts on the Year of the Monkey You Should Know 2. The Year of the Monkey Doesn't Start on January 1st

In 2028, New Year's Day of the Monkey year will start  on January 26th. Learn more on The Chinese Calendar.

3. An Unlucky Year for Monkeys

A year of the Monkey is believed to be an unlucky year for people whose birth sign is the Monkey. According to Chinese astrology, in their Zodiac year people are believed to offend Tai Sui, the God of Age, bringing nothing but bad luck.

With this in mind, according to folklore, those born in a year of the Monkey should be more careful in Zodiac year 2028. This includes taking caution across a range of aspects, including fortune, career health, and love. Learn more on Zodiac Sign Monkeys' Fortune, Career, Health, and Love Prospects .

According to the Chinese zodiac and Chinese Five Element Theory, each year is associated with one of five elements (Gold, Wood, Water, Fire, and Earth) as well as an animal. This means that there are five types of Monkey year, and Monkey years of each element come once in a 60-year cycle with their own characteristics.

You can learn more about it here: Descriptions and Tips for Monkeys of Different Elements. A paper cutting featuring the monkey

Almost every family in China will put up New Year decorations before New Year's Day comes. In a year of the Monkey, decorations featuring monkeys can be seen everywhere, including households, shopping malls, parks, and streets. Decorations are generally in the form of paper cuttings, New Year paintings, couplets, etc.

During the Chinese New Year period, people usually greet each other with auspicious words to express their best wishes. Such favorable wishes are also commonly made through phone calls, the sending of cell phone messages or emails and in New Year cards. In a year of the Monkey, most greetings usually feature the use of the word 'monkey' (猴). See below: