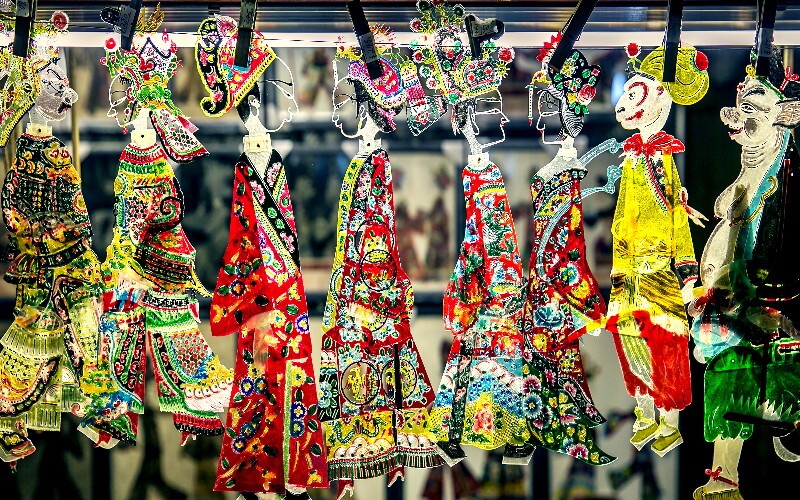 Shadow shows were once a popular form of entertainment, and they were also used for religious and instructional purposes. Simple to perform, dramas were played out on screens or walls for thousands of years to entertain and instruct, and shadow theater is still performed in China.

What Shadow Shows Were

Shadow plays were one of the types of puppet theater that were popular in China before the modern era. Three other types of puppet shows used rod puppets, glove puppets or marionettes on strings or wires.

Shadow puppet theater was mainly an evening entertainment. People staged dramas on screens and added musical entertainment and sound effects. Even in rough military camps or in primitive villages, the people could entertain themselves by moving figures against a screen or sheet illuminated by a lamp.

For the royal courts or the rich people, the performers added refined music and sound effects, and the shadow theater performers might have been highly experienced. Shadow puppet theater was a popular entertainment in China for at least a thousand years, and it is still performed for entertainment.

At a time when there was no flat-screen TV, people could cast images using a simple lamp, a shelf to hold figurines, and a thin screen or sheet of fabric to image the shadows. People, furniture, pagodas, walls and plants were shown on the screen by placing figurines or figures made of cardboard or leather on the shelf in front of the lamp.

The lamp illuminated the screen from behind, and people could move little figurines around for theatrical performances. With added music and sound effects, the performance was made more entertaining.

These ancient dramas or comedic cartoons even appeared in color. Color could be transposed depending on the strength of the light of the lamp. If the figurine was translucent and colored, the color was displayed in the shadow image on the screen.

The History of Shadow Shows

One can imagine that stone-age people sat next to campfires and watched stories played out on rock walls by shadows cast by using their hands or figurines.

Shadow plays were performed in France when French missionaries returned from China in 1767 and put on performances in Paris and Marseilles. It is said that this is how the shadow theater was introduced to Europe. The shows were popular in France, and they were called Ombres Chinoises (French for "Chinese Shadows") at first.

Nowadays, performers use plastics, computer controlled lightning and machinery, and modern paint and dyes to produce bright and colorful shadow figures. They can produce images that are controlled by computers, and these can be used for animation and entertainment effects in shows. It is difficult for shadow puppeteers to compete with modern entertainment technologies for an audience, but some of them are using modern materials and adopting technology to help stage interesting entertainment in China.

There are modern shadow puppet shows that you can see in cities around China. The more famous ones include: