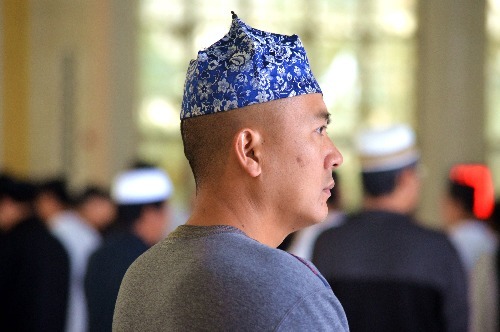 Nancheng Mosque in the largest mosque in the city. The Nancheng Mosque was first built in Tang Dynasty(618-907) and was rebuilt for many times in Qing Dynasty(1644-1911). The appearance of the mosque was affected by the Buddhist culture, showing the architectural style of Chinese temples.

Kunming Chongde Mosque is a five-floor Arabic-style building, which covers an area of 2,500 square meters. The first and the second floors are lent out for business use. The kitchen, water house and living room are set up in the third floor. The female hall and guest house are in the fourth floor. The male hall is in the fifth floor. Besides, there is a garden in the top floor.

Chongde Mosque is a new type masque in design and has become a scenic spot in Jinbi District.

Customize a muslim tour to Kunming and Yunnan province

The Kunming Shuncheng Street Mosque is one of the most famous masques in China. It was first built in the first year (1425) of Hongxi, Ming Dynasty(1368-1644) and was rebuilt and enlarged for many times in Qing Dynasty(1644-1911). The existing temple covers an area of 10,000 square meters. The major constructions are the prayer hall, pair halls, wing-rooms, guest house, dining hall and other facilities. In the yard, the pine sand cypress are planted around the building.

The Mosque is the headquarter of Islamic Association in Yunnan Province.

Customize a muslim tour to Kunming and Yunnan province

The layout of the temple is a quadrangle courtyard. Entering the gate is a spacious yard. The prayer hall covers an area of 200 square meters. In front of the hall is the Juanpeng-style porch. Opposite the hall are the wing-rooms, which service as the rest room for the praying Muslim people. In the sides of the hall are the meeting room and teaching room. The temple is small in scale, but it attracts many Muslim people to do prayer here. Many imams from other masques in Yunnan come here for learning.

The Jinniu Street Mosque was first built by Hui people in Yuan Dynasty(1271-1368). It was rebuilt and enlarged for many times. The existing temple is the only one well-preserved Chinese architectural-style mosques in Yunan Province. The prayer hall is a combination of wooden and concrete building, which can hold 200 people to do prayer. The Masque has become one of the most popular masques in China and attracts many none-Muslim visitors every year. It is a good window to know Islamic religion, culture, history,customs and civilized life.

China Highlights are your China travel expert. We can help you customize a muslim trip to Kunming.