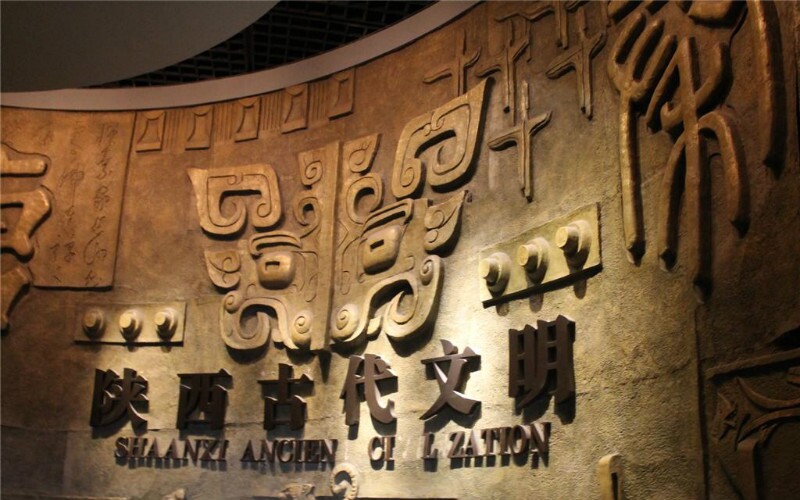 The Top Museums in Xi'an - Many of the Best in China

For a journey through the older imperial eras, the best place to visit is Xi'an. As the oldest of China's ancient capitals with a rich ancient heritage, Xi'an has a lot to offer in its museums.

From the stone age to modern era China, the museums of Xi'an efficiently preserve the history of almost every age and dynasty. You can have a look at the life-size statues of an army that existed more than 2,000 years ago, reflect on the artisan skills seen in ancient artifacts, or admire the grandeur of the imperial life of the Tang Dynasty...

The Terracotta Army is one of the most renowned archaeological sites in the world, and one of the greatest discoveries of the 20th century. It was constructed to accompany the tomb of China's First Emperor as an afterlife guard.

In the museum's in-situ pits, thousands of detailed life-size models represent the army that united China at the end of the Warring States Period (476–221 BC). Every figure differs in facial features and expression, clothing, hairstyle, and gestures, providing abundant and detailed artifacts that vividly depict the military, cultural, and economic history of that period.

Located in the southern suburbs of Xi'an city, Shaanxi Provincial Museum is a tribute to Shaanxi's glorious imperial past. The museum has three main parts:

Also called ‘the Chinese Pyramid', Maoling Mausoleum is the tomb of the Fifth Emperor of the Han Dynasty (202 BC – 220 AD), Liu Che, a great emperor who took the power of the Han dynasty to its peak by uniting many nationalities. He also opened the silk route.

It is the largest tomb of this dynasty and houses the richest funeral objects. There are some smaller tombs also in the surrounding area.

It has nine halls and a newly opened “Stele Corridor”. The halls contain Han and Qin Empire relics including jade objects, pottery, written records, religious and cultural relics as well as the biggest bronze statue of the sitting Buddha of the Ming Dynasty (1368–1644). The fifth and sixth halls house 3,000 terracotta statues excavated in Xianyang in 1965.

Qianling Mausoleum complex is a large burial complex that contains 18 tombs. The main Qianling Mausoleum, the tomb of Emperor Gaozong and his empress Wu Zetian is located on the peak of Liangshan, some 80 kilometers from Xi'an, and is one of the best-preserved tombs among the Tang Dynasty's 18 mausoleums. Other notable tombs in this complex are those of Princess Yongtai, Prince Zhanghuai, and Prince Yide.

Qianling Museum is also located in this area and contains artifacts excavated from the tombs. However, the main mausoleum of emperor Gaozong is well preserved and is believed never to have been robbed and so may still contain many more valuable artifacts.

Prince Zhanghuai's tomb is about 3 km from Qianling Mausoleum. He was Emperor Gaozong's son.

The tomb is about 70 meters long, 3.3 meters wide, and 7 meters deep. The walls of the tomb have colorful murals depicting the prosperous life at that time. The murals are still in a good state even though they are more than a thousand years old. The 600 terracotta artifacts found in the tomb also tell many stories of the past.

In Wutai town, about 20 km from Xi'an, Guanzhong Folk Art Museum is the leading center for the preservation, display, and study of Shaanxi Folk art.

It displays the folk architecture, social interactions and cultural life of people who lived in the Shaanxi area from about 3rd century AD to the early 20th century. It preserves a large collection of stone carvings, some ancient residences, and also intangible cultural heritage items such as local operas, rites and customs, and traditional handicraft workshops.

The museum is on Jiuzong Mountain and displays artifacts found in the various tombs and mausoleums in the Zhaoling Mausoleum area.

It opened in 1978 and houses thousands of artifacts that include ceramic tomb figurines, pottery, and murals from the Tang tombs. Many of the figurines and murals are well preserved and show what life was like 1,400 years ago. Big stone tablets that were outside many of the tomb areas are also on display.

The Hanyang Tomb and Museum is about 20 km from Xi'an. The museum has an underground exhibition hall so that people can see the finds of the archeological excavation in the big mausoleum complex of Emperor Liu Qi (188–141 BC) of the Han Dynasty, his wife, officials, dynastic clan members, and commoners.

It is like a little city or a little kingdom complete with miniature statues of animals, servants, and soldiers positioned in various places.

Located in the eastern outskirts of Xi'an city, Banpo Museum is the first prehistoric excavation site museum in China. Banpo Village was a typical Neolithic Matriarchal community of the Yangshao culture (c. 5000–3000 BC). About 400 sites of this type have been discovered around the Yellow River Basin and the Banpo site is the largest one.

The museum consists of two exhibition halls and an excavation site hall. The first exhibition hall mainly displays the tools used by the Banpo people while the second hall displays major inventions and art items which reflect the folk culture and social life at that time.

The museum has seven major exhibition halls. Hall 1 displays the text of 12 Confucian classics engraved on 14 steles, preserved for future generations more than 2000 years ago, long before the advent of printing. The other halls also exhibit interesting calligraphy, historical records, poems and stone carvings.

The Huangdi (Yellow Emperor) Mausoleum was originally built in honor of the first mythical king and progenitor of the Chinese people. He is thought to have lived for about a hundred years from about 2697 to 2597 BC.

13. The Mausoleum of Qin Shihuang

The Mausoleum of Qin Shihuang, the First Emperor, is about 1.6 kilometers from the Terracotta Warriors Museum. It is an artificial hill constructed as a part of a 98-square-kilometer necropolis complex that was built by Qin Shihuang and his court.

From 246 BC, it took 36 years and 700,000 laborers to build this mausoleum complex. The Terracotta Army there, a replica of the army of Qin, was designed to guard the First Emperor in the afterlife.

One of the biggest pottery museums in China, the Yaozhou Ceramic Kiln Museum displays a large collection of pottery and also has some ancient kilns open for public view.

From the Tang Dynasty era (618–907 AD) until the Yuan Dynasty era (1271–1368 AD), Yaozhou was a major ceramics production area. One can see how the intricate artwork on the ceramics changed in different eras. Ceramics, like silk, is an industry where Chinese craftsmen excelled and the products were renowned in the whole world at that time.

A paradise for people who love ceramic arts, the Fule International Ceramic Art Museums complex is composed of the main exhibition hall, a ceramic documents center, and 21 museums for 21 countries and regions, including Canada, USA, UK, Germany, and Italy.

Here on display are more than 10,000 pieces of ceramic works made by over 500 ceramic artists from different countries and regions.

At one time he lived in Xi'an, and his former residence has been turned into a museum and a nationally protected historical area.

Revisit the Bygone Eras with Our Bespoke Service

Unearth the true essence of Xi'an tour with our expert guides who will tell you the story behind every mausoleum, museum, or artifact.

However, if you are interested in something unique, we can readily tailor-make a tour designed especially for you.