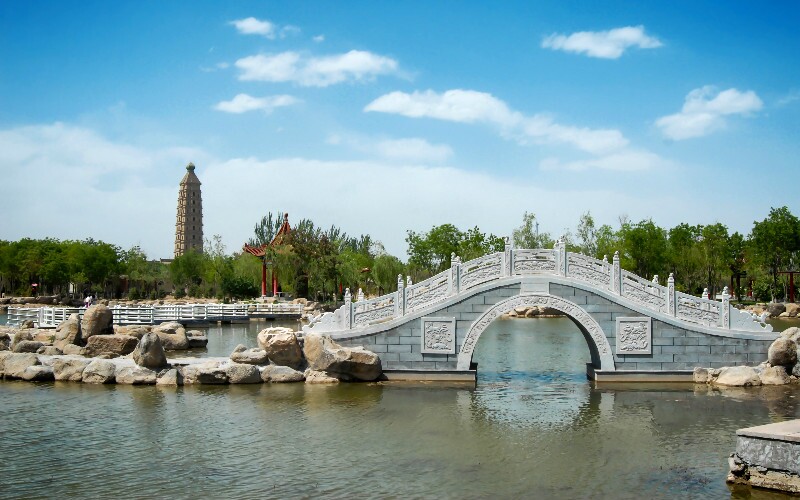 Yinchuan has a dry continental climate of middle latitude temperate zone. It has four distinctive seasons. The spring comes late here and summer is shorter than that of other places. The autumn comes early and winter is longer than that of other places. There is a great difference in temperature between day and night. It rarely rains or snows and there is severe evaporation. The climate is dry and sandstorms occur frequently. The annual average temperature here is around 8.5 degree Celsius and the annual sunshine hours are between 2,800 hours and 3,000 hours. It is one of the places which receive the most solar radiation and sunshine hours in China. Its annual rainfall is around 200 millimeters and there are about 185 frost-free days every year.

So between the late Spring and autumn is the best time to visit Yinchuan. In May and June, the Flower Meet (a traditional song competition) is held in Ningxia. In the middle of September, the International Yellow River Cultural Festival is held in Yinchuan.