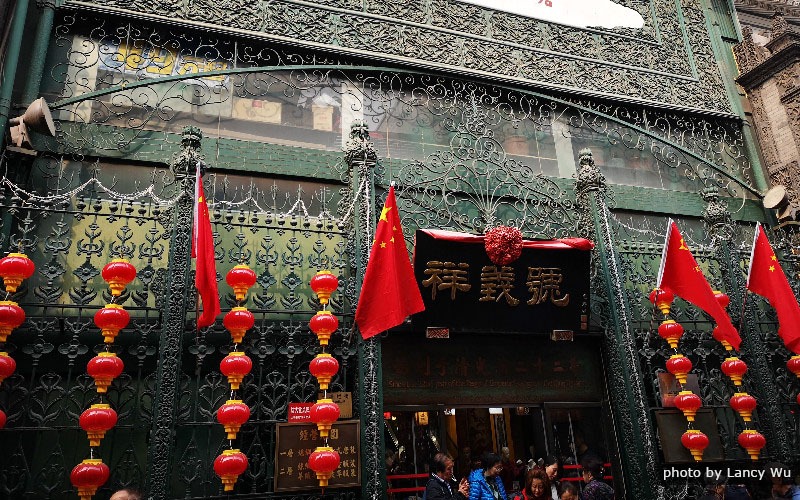 The origin of Dashilan shopping street can be dated back to the period of Emperor Xiaozong of Ming Dynasty. At that time, Beijing government forbade every business activities at night to avoid thieves and brigands. Approved by the government, people built numerous wood fences in front of street and lanes. According to the historical records, 440 fences outside city were built during Emperor Yongzheng and 1919 fences inside city and 196 fences inside the Forbidden City were approved during the 18th year of Emperor Qianlong. Dashilan was known as LangfangSitiao. As it was famous for the fences, people named it Dashilan.

Dashilan is located at the center place of ancient Beijing city, which is an important component part of south middle axis. It is in the south of Tian’anmen Square and west of Qianmen Street. Dashilan is 275 meters long from east to west. Dashilan is a narrow street with numerous shops on both sides, which attracts lots of tourists every day. In the area of 1.26 square kilometers around the Dashilan shopping street, many ancient Beijing buildings are best preserved.

Tong Rentang Chinese Medicine Store was opened in 1696 and it was known for the self-made medicines. Ma Juyuan Hat store was operated on 1811, the hats and shoes they make were specialized for royal families and the nobility. As time went by, Ma Juyuan began to focus on making national caps. Rui Fuxiang Silk Store was opened on 1893, mainly selling silk and leather products. Nei Liansheng Shoe Shop was run on 1853, mainly providing shoes for the royal families.