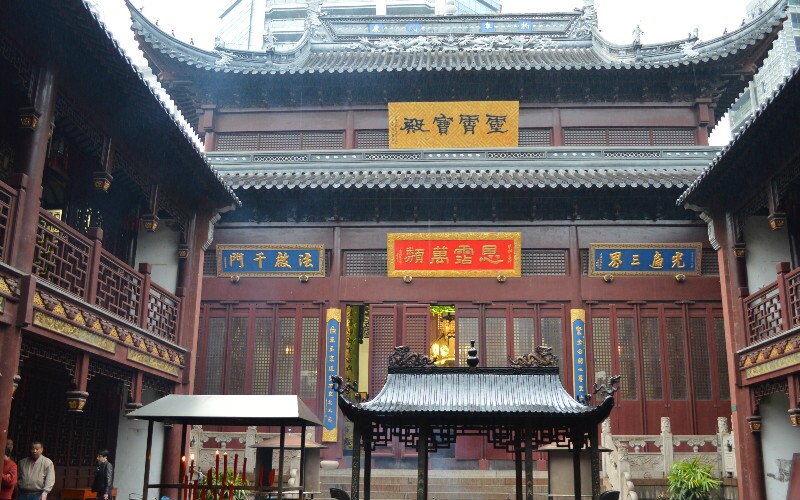 White Cloud Taoist Temple (Chinese pinyin: Baiyun Guan, pronounced Bye-yoon Gwan) is one of the largest and oldest Taoist temples in China, and is home to the Taoist Association of China. Baiyun Guan holds an important position for numerous Taoists.

It is a popular worship destination for pilgrims, but not very touristy. It also holds one of the most bustling temple fairs in Beijing during the Spring Festival in January or February.

In 2001 White Cloud Taoist Temple was listed as one of the important monuments under special reservation by the Chinese central government.

Baiyuan Guan was first built in 739, with the name of Tianchang (天长, meaning 'celestial perpetuity') Taoist Temple, and it soon became the most influential Taoist temple in China. In 1148 during the Jin Dynasty, it was renamed Changchun Gong (长春宫, meaning ‘Palace of Eternal Spring’). It was burned down and rebuilt several times, and most of the buildings we can see now were built in the Ming (1368–1644) and Qing (1644–1911) dynasties

White Cloud Taoist Temple houses 30 resident monks, who wear blue frocks and tie their long hair in a bun at the top of the head. The temple’s gate is a richly decorated three-gate archway facing the south. A statue of Lao Zi carved out of white jade still stands in the temple.

Two of the most popular activities for visitors to the temple are touching the stone monkey and shooting coins at Wofeng Bridge. There are actually three stone monkeys hidden in different places inside the temple, and it is believed that people who can find and touch all three of them will live a long, healthy and fortunate life. Wofeng Bridge was built in 1706, and has no water under the bridge. There is a big brass coin with a big hole through, to which a small brass bell is fastened, indicating great fortunes come when the bell rings. It is said that one will be blessed if he/she can hit the big coin with a real coin.

Every year during the Spring Festival, White Cloud Taoist Temple holds one of the most important and bustling temples fairs in Beijing. People come to the temple to burn joss sticks for blessings. Many exhibitions of traditional folk arts and handicrafts are held to make the temple fair an interesting place to visit. Another attraction of the temple fair is that visitors can see and try almost all the traditional Beijing local foods and snacks.