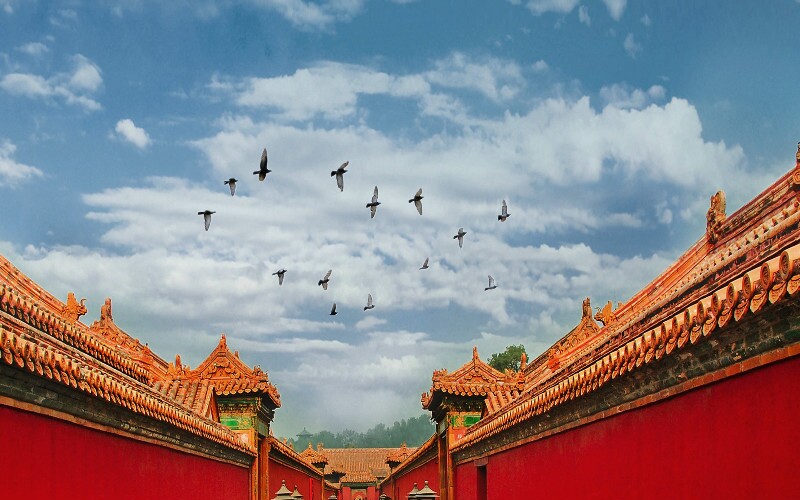 History of Gate of Heavenly Purity

The Gate of Heavenly Purity was established in the 18th year of the Yongle Emperor's reign of the Ming Dynasty (1420) and was rebuilt in the 12th year of the Shunzhi Emperor's reign of the Qing Dynasty. It was the place where the emperors held court during the Qing Dynasty. The convention of holding court at the Gate of Heavenly Purity instead of at the Gate of Supreme Harmony began with the Shunzhi Emperor.

Usually, ministers and officials would gather there at 08:00 in the morning, waiting for the Emperor to arrive. A temporary throne was set up and the Emperor would sit there in order to listen to memorandums presented to him by the kneeling ministers.

Then decisions would be made by the Emperor, which was called "issuing an imperial edict". After a minister or an official finished his memorandum, he would withdraw from the steps to the east. Then, it would be another's turn.

Among the emperors of the Qing Dynasty, the Kangxi Emperor was the most hard-working emperor who adopted this way to deal with state affairs. During his reign, the Kangxi Emperor held court almost every day at the Gate of Heavenly Purity except for those days when he visited the Garden of Everlasting Spring and the Imperial Summer Resort.

Ministers and officials advised him to take care of himself; however, he was still hard-working when he was getting old. Most of his significant decisions were made when he held court at the Gate of Heavenly Purity. After the reign of the Yongzheng Emperor and the Qianlong Emperor, times of holding court there were decreased day by day; they eventually stopped until the reign of the Xianfeng Emperor.

The Gate of Heavenly Purity, behind the Hall of Preserving Harmony, is located in the north of Qianqingmen Square which is a rectangular square with a west to east length, and a north to south width. To the west of the square is the Gate of Great Ancestors (Longzongmen) and to the east is the Gate of Great Fortune (Jingyunmen).

Five bays wide, three bays deep and 16 meters high, the Gate of Heavenly Purity is a structure with a single-eave roof, resting on the 1.5-meter-high white marble base of a Buddhist-style building surrounded by carved stone balustrades. In front of the gate there squats a pair of gilded bronze lions.

The Shunzhi Emperor gave the order to build a row of houses at the Gate of Great Fortune soon after he decided to hold court there. These houses were built for ministers and officials to wait for the Emperor's arrival to hold court, which was called "dailou".

At the same time, the Shunzhi Emperor placed orders to tear down the corresponding buildings built in the western and eastern sides of the Meridian Gate in the Ming Dynasty. In the 12th year of the Qianlong Emperor's reign (1747), some new constructions were built, which included twelve houses arranged from north to south at the east side of the Inner Left Gate (Neizuomen) located at the eastern side of the Gate of Heavenly Purity, duty rooms for officials of the imperial security forces, stops for ministers waiting for the Emperor's summons, and duty rooms for imperial bodyguards.