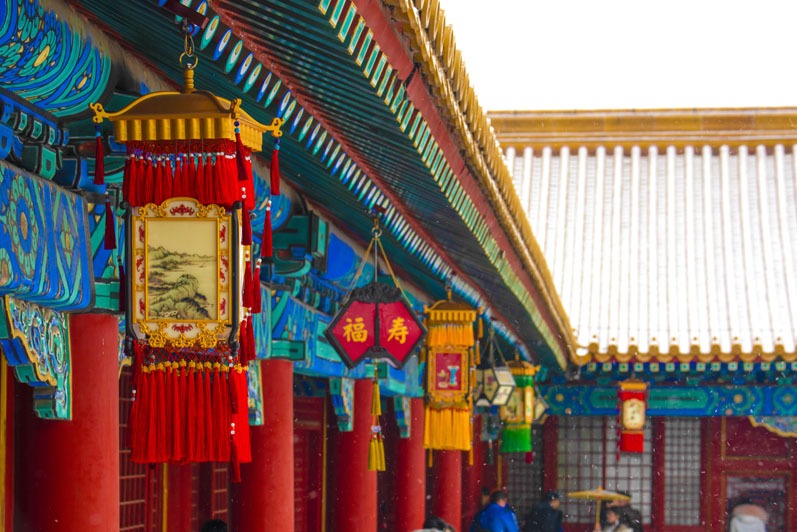 The Hall of Union and Peace is one of the three palaces in the interior court of the Palace Museum or Forbidden City in Beijing, which sits between the Palace of Heavenly Purity and the Palace of Earthly Tranquility.

Relics in the Palace

The copper clepsydra is also called a water clock. It was a device for measuring time in ancient China. As early as 3,000 years ago, Chinese people invented the method for measuring time by the regulated flow of water through a small aperture.

The copper clepsydra displayed in the Palace of Union and Peace was made in the 10th year of Qianlong’s reign (1745 AD). Today, it is still a well-conserved water clock in China.

The big mechanical striking clock exhibited in the Palace of Union and Peace was made by the Imperial Workshop of the Qing Palace. Its shell, a 5.80 meter high and three-storied wooden cabinet, is an imitation of a Chinese style pavilion.

On the back of the cabinet, there is a small ladder. By climbing up the ladder, people can wind the clock. Then the clock runs and automatically strikes the hours and quarters on time.

The clock has been running for 200 years, but still operates properly and accurately. Its sound is loud and crisp while striking. This indicates that the maker’s craftsmanship was superior.