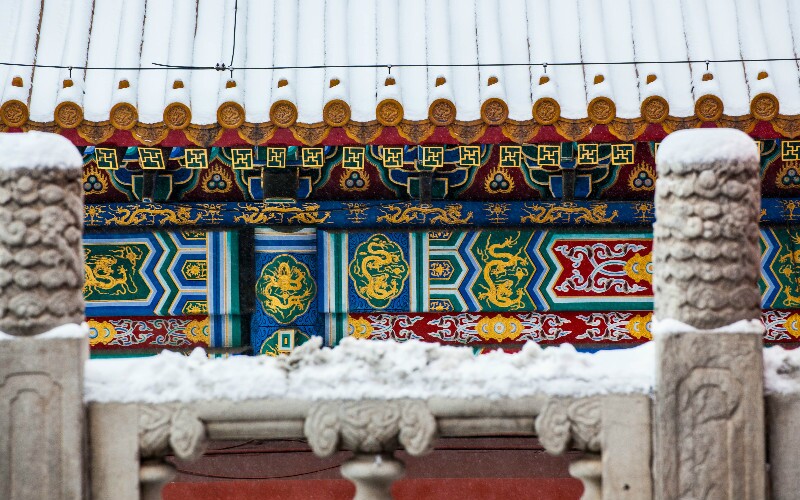 The Zhenfei Well is located inside the Zhenshun Gate in the north of the Ningshou Palace in the Forbidden City of Beijing. It was originally a common well with a wellhead stone on the borehole, and on both sides of the stone are chiseled two small holes for inserting an iron bar to lock the well.

The History of the Zhenfei Well

In the 24th year of the Guangxu Emperor's reign (1898), Cixi made the Hundred Days' Reform a failure and assumed the arbitrary power again. Thereafter, Cixi confined Zhenfei to a little yard behind the Jingqi Pavilion and forbade her to see the Guangxu Emperor.

Zhenfei's cold palace was in a little yard in the south-east corner of the Forbidden City. Absolutely isolated from the outside world, she was only given some food through the crevice of the door, so she became thinner and thinner day by day.

In 1900, the Eight-Power Allied Forces broke into the city of Beijing, and the Empress Dowager seized the Guangxu Emperor who was confined alone and fled to Xi'an. However, before she left, she didn't forget to kill Zhenfei.

In the 27th year of the Guangxu Emperor's reign (1901), the Emperor and the Empress Dowager returned to Beijing. Zhenfei was conferred a posthumous title of the Senior Imperial Concubine, and her family was allowed to salvage Zhenfei's body from the well. Her body was temporarily sheltered in a coffin in the western suburbs and was later buried in the Congling Tombs of the Western Qing Tombs. After the Xuantong Emperor abdicated at the end of the Qing Dynasty, Zhenfei's elder sister, Jinfei, set a small mourning hall for Zhenfei in the east room of the Huaiyuan Hall to the north of the well. Inside, a memorial tablet was set up as a sign of mourning.

Back to the Forbidden City (Palace Museum)

Major Attractions in the Forbidden City