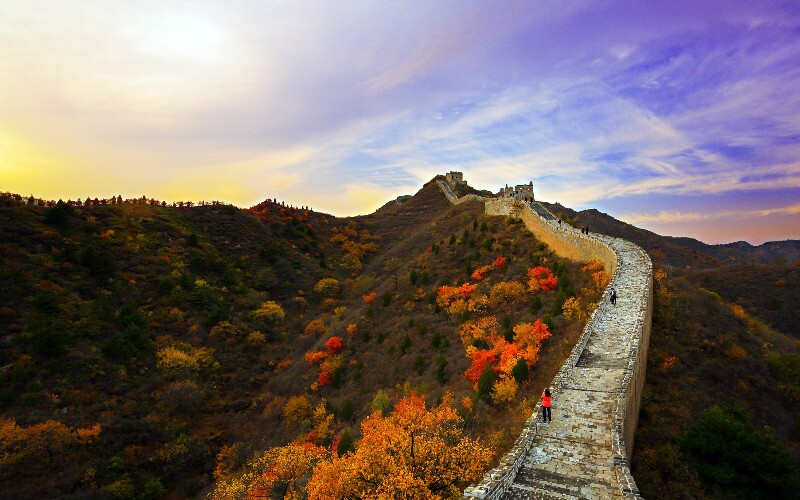 Most people have heard about the Great Wall of China that runs across northern China. But did you know that another older series of walls were built in eastern central China near the Yangtze River?

The Chu State Great Wall was one built by the State of Chu. If you'd like, you can see the remains of it at Ye County in Henan Province.

The History of the Chu State Great Wall

During the Spring and Autumn Period of the Zhou Dynasty (770–476 BC), the Chu State expanded westward, spreading across both sides of the Yangtze River. It became the biggest of all the states of that time. It was as big as northern states put together. It reached a maximum size by about 600 BC, and fortresses were built to consolidate the border against the northern Qi State and Jin State.

Fortresses were built to conform to the natural terrain, and walls were built to link the fortresses. The walls were not as complex or finely built as the Ming Dynasty Great Wall most tourists are aware of. These were built of whatever material was available in a locale. If dirt was available, it was packed on top of a ridgeline, and it was made likewise with any available rock.

The Chu State Wall and the Qi State Wall are very similar in location and function, and questions remain as to who built and owned what.

During the Warring States Period (476–221 BC) that followed, the Qin State started its westward military conquests. During this time, the Chu added about 150 kilometers to their wall. In 223, the Qin conquered Chu by a surprise attack.

The Chu's Great Wall was called 'Square Wall' (Fangcheng) or 'Bend Wall' (弯城 Wancheng) Cheng because the wall took the shape of a square with the bottom side, nearest to the Yangtze River, missing.

After the fall of the Chu State, the Qin Empire erected a Great Wall along its northern border, and the Chu wall fell into disrepair. Now all that is left is rubble in some places. Remains of the Chu Great Wall were discovered in Henan Province in 1902.

You can tour the Chu Great Wall with China Highlights private transport.

The site of a field with a line of rubble remains of the Chu Great Wall is little visited. But we can arrange a tour for you by private chauffeured transport with an English-speaking guide. It is a much more comfortable and quicker way to visit than by public transport.

Our private tours come with a private vehicle and driver suited to your group size. An English-speaking tour guide helps for all your communication needs. Enjoy a trip to Ye County with us.

If you are interested in traveling to Ye County and the Chu Great Wall, tell us your interests and requirements, and China Highlights will tailor-make your tour.

Kaifeng is an ancient capital city. It is three hours north of Pingdingshan that is the largest town in the Ye County area. It was once the capital of the Song Dynasty.

The Longmen Grottoes in Louyang is one of the area's best known tourist sites. It is was a Buddhist worship and art center. It is only about one and a half hours away from Pingdingshan.