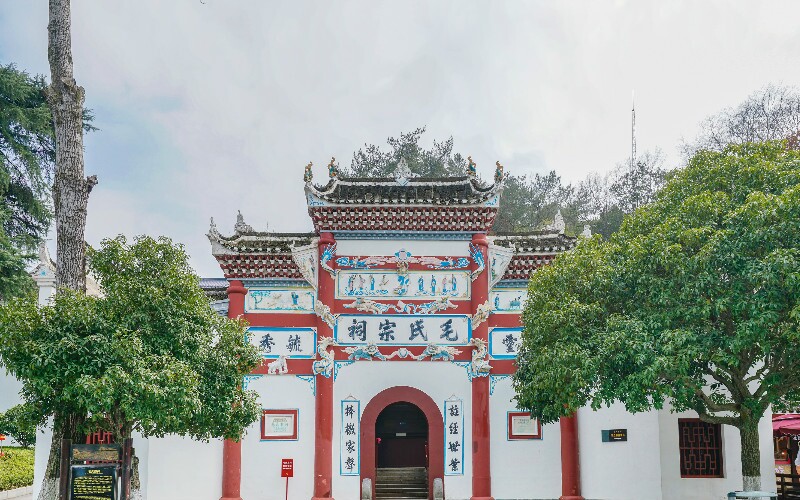 Shaoshan Travel Guide - How to Plan a Trip to Shaoshan

Shaoshan City is the hometown of Chairman Mao Zedong. It is also a renowned revolutionary memorial site in China as well as one of the major tourist destinations of the country. Situated in the middle of Hunan Province, Shaoshan is 40 kilometers from Xiangtan City and about 120 kilometers from Changsha City, capital of Hunan Province It is a county-level city with a population of 100,000 and covers an area of 210 square kilometers.

Shaoshan is a good place to trace the stories of Chairman Mao. Relics are left at the places where he used to study, live and engage in revolutionary activities. There is Mao Zedong Former Residence, his bronze, Memorial Hall, the Forest of Steles of Mao's poetries and Memorial Garden. Except for the human landscape, there are also some natural scenic spots, such as Water Dripping Cave and Shao Mountain.

If you are in Shaoshan, there is one thing that you should not miss. That is Braised Pork of Mao Family. It is said that Chairman Mao thought highly of it after having a taste. The authentic restaurant of Mao Family in Shaoshan is particular about the cooking methods which are quite complicated. This dish is a kind of stimulation to your eyes and gustatory sense. It looks golden and shining; it tastes fat but not greasy.

The highway of Shaoshan extends to all directions. Go eastward, you will get to Xiangtan City; go northward, you will reach Changsha and Zhangjiajie Cities. There are buses to Xiangtan at an interval of 15 minutes from 5:00 a.m. There are also buses to Changsha every 30 minutes from 7:00 a.m. to 5:30 p.m. In addition, you can take the buses equipped with air-conditioners to Shaoshan in Changsha Southern Station. They set out every 50 minutes from 7:00 a.m. to 5 p.m.

Shaoshan City is located in the subtropical monsoon climate area. It has four distinct seasons with frozen winters and hot summers. Summer is long and sweltering; winter is frozen and short.. The annual average temperature is 16 °C; the annual average precipitation is 1,358 mm; the frost free period is around 280 days; the annual duration of sunshine reaches 1, 717 hours; the forest coverage rate is 56%, resulting in the fresh and clean air and winning it the name of "natural oxygen bar".

The rainy season starts from around April and ends around July. It rains a lot in spring and summer, while it is dry in autumn and winter. Pay attention to the weather forecast, and you'll find it suitable for visit all the year round, and the best time to be there is from March to October.