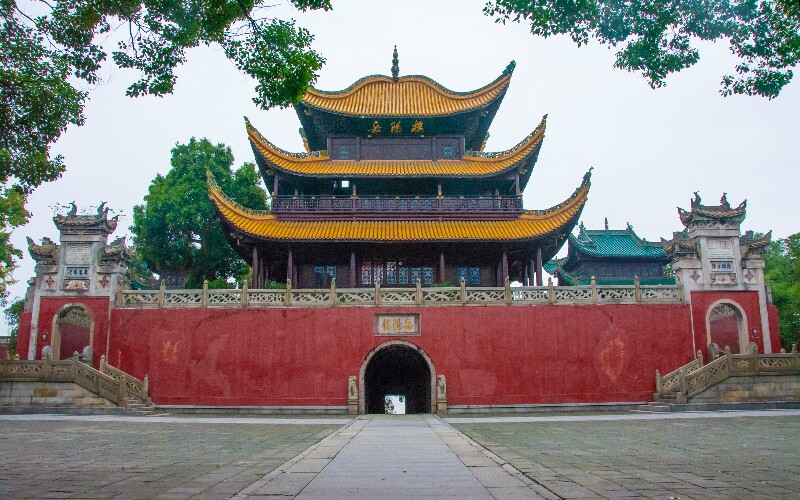 Hunan Travel Guide - How to Plan a Trip to Hunan

Hunan is a populous inland province in southeast China. Hunan has been planted with hibiscus plants since ancient times, so it is also known as "Furong Country". It covers an area of 211.8 million square kilometers, or 2.2% of China's land area, and ranks 10th in size among China’s provinces and regions. The total population of the province is over 68 million.

Its capital and largest city is Changsha. Tourists focus on the natural park areas around Zhangjiajie (Hallelujah Mountain, the Glass Bridge, etc.), Fenghuang Ancient Town is of interest, and the big metropolis of Changsha is easy to reach.

1. Zhangjiajie with its "Avatar Mountains"

If you enjoy awesome geology and national parks, then Zhangjiajie National Forest Park with its tall rock spires reaching up like fingers to the sky is among China's best.

How the thousands of spires were formed is still a mystery. Made of quartzite, the same silicon material as hard, durable Pyrex glass, many are over 200 meters (660 ft) in height.

There are numerous ancient towns in Hunan, where you can sightsee, shop, and dine in a traditional setting. Fenghuang Ancient Town about 180 km (110 mi), or 4 hours by road southwest from Zhangjiajie is the best. It is a timeless town hemmed by rolling mountains and watered by the smoothy flowing Tuo River.

A Miao woman living near Fenghuang.

Hunan is a multi-ethnic province with several Chinese ethnic minorities.

Shanjiang Miao Village, in a valley near Fenghuang, is the place to encounter Miao architecture, costumes, and customs. You can watch Miao traditional festivals full of singing, music, and dancing;such as the Lusheng Festival. The Miao are 3% of Hunan's population.

In Zhangjiajie, you'll meet the Tujia people, who live in wooden houses on stilts and cry at weddings. They are 4% of Hunan's population.

Hunan Province is also known for its important role in modern Chinese history, because many influential people were born in the province, including Mao Zedong (leader of the People's Republic of China from 1949 to 1976).

Hunan Provincial Museum in Changsha provides visitors with a clear knowledge of the profound history of the province with its rich collections, such as the Mawangtui Tomb of the Han Dynasty (206 BC – 220 AD) and the bronze creations of the preceding Shang and Zhou dynasties.

Yuelu Academy, also in Changsha was one of the first four "universities" in China. You can enjoy seeing it while walking in Yuelu Park.

Chairman Mao's Hometown: Among Chinese, Mao's former residence in Shaoshan is quite famous. The Mao ancestral memorial is there as well, an hour west of Changsha.

Hunan food is also called Xiang cuisine, one of China's Eight Great Cuisines. It features rich, creamy, moist, and fragrant dishes, combined with a generous use of chili and vinegar. The chili heat is equivalent to that of Sichuan cuisine, without the numbing peppercorn taste. Duck cooked in the Hunan style is a recommended meal for a warm summer night.

Misty peaks in Zhangjiajie National Forest Park are more likely to be seen in April and May after rains.

When to Go to Hunan

The midde seasons are generally recommended, as Hunan is hot and wet in summer and cold with some snow in the winter. Fall is drier than spring, with fine autumnal hues in Zhangjiajie's national park.

How to Go to Hunan

Most tourists arrive in Hunan via a bullet train or the medium-sized airports. Changsha is both relatively untouristy and relatively advanced and modern. It is China down to earth. You can use the city's airport and bullet trains to access Hunan's highlights.

It is easier to enjoy Zhangjiajie with China Highlights.

We are one of China's main private, customized tour companies. We can adapt the itinerary of your trip as you wish. To help you enjoy Hunan we have prepared these suggested itineraries.

Contact us directly for a private customized tour of Hunan.