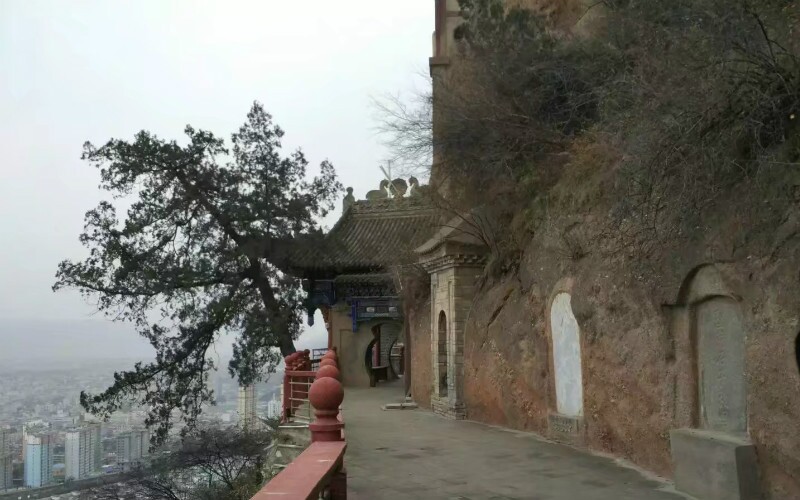 The giant Buddha is 23.3 meters high and 10.4 meters wide at its waist. It welcomes tourists with a genial facial expression, but has a solemn appearance, and long ears reaching to the shoulders, a magnificent physical prowess, slanting cassocks, and stubbles like tadpoles, and it sits in a lotus position, serene and calm.

At each side of the giant Buddha was the long corridor that was built like a girdle following the shape of the mountain. 22 huge and marvelous grottoes, square shaped, joined together in the corridor. One special character of the Daxiangshan Grottoes is the large conical arch niche and the chancel at the frontal cliff, as well as Chan grottoes for monks'prapatti. These features are not paralleled in China.

On every 8th day of the fourth month in the lunar calendar, young and old people from nearby villages come to visit Daxiang Mountain and see the temple fair. Lieterary art is exhibited, and there is a market in the temple fair. On Sep.10, 1981, the Daxiangshan Grottoes were listed as a provincial-level cultural relic, and money was allocated for its rehabilitation. In 2001, the grottoes became a national cultural relic.