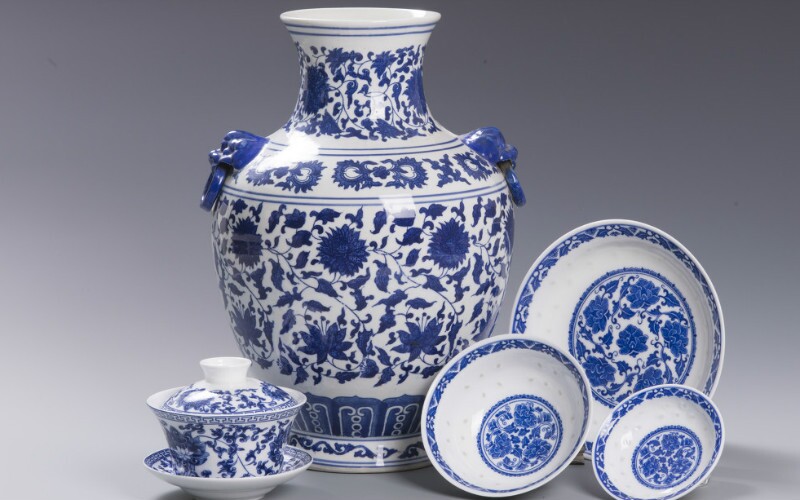 During its long and celebrated development, Chinese porcelain has spawned various excellent porcelain types in different periods and group of famous kilns emerged.

Below are the six most mainstream types of Chinese porcelain. Tang Sancai literally means 'Tang (Dynasty) three colors'. It was the colored glaze porcelain popular during the Tang Dynasty (618–907). Actually, it isn't restricted to three colors, though the predominant colors are brown, green, and off-white.

It was made under a lower temperature than other types of porcelain. As exquisite colored works of art, Sancai mainly served as decorative pieces in the Tang era. Beyond that, another important application of Sancai was as burial ware.

The core production area of Sancai was Henan and Hebei provinces. Through the ancient Silk Road, Sancai spread to Central Asia and East Asia. White porcelain is a classic type of traditional Chinese porcelain. The low iron-body was decorated with transparent white glaze.

White porcelain was pervasive during the Song era (960–1279) and acclaimed for its simple but elegant style, and bright, jade-like surface.

Most of the white porcelain in ancient China was made by the northern kilns. The Ding kiln in Hebei province was the most prominent. In the south, Jingdezhen was also an important production area. During the Ming era (1368–1644), blue and white porcelain became the mainstream porcelain, and then reached its peak during the reign of Emperor Kangxi (1661–1722) of the Qing Dynasty.

The most famous blue and white porcelain kilns were in Jingdezhen - the "porcelain capital" in China. Celadon normally refers to the traditional Chinese porcelain with green glaze. This term originally came from the West to describe the glaze ware produced in the Longquan kiln.

It possesses a similar color to jade, and gained high prices both at home and aboard. Before blue and white porcelain took center stage, celadon was highly recognized by the Chinese imperial court.

Black porcelain, which developed as the foundation for celadon porcelain, used a higher concentration of black iron oxide below the clear glaze. The earliest black porcelain appeared in the Shang and Zhou era (1600–221 BC). However, not until the Song Dynasty (970–1279) did it became pervasive. Then in the Ming Dynasty, it declined in popularity, and was used as a second-rate household product. Incorporating cloisonné craftsmanship, Qing china employed many bright enamel pigments to create painted scenes under the glaze. It was sought after by cloisonné enthusiasts since its inception.