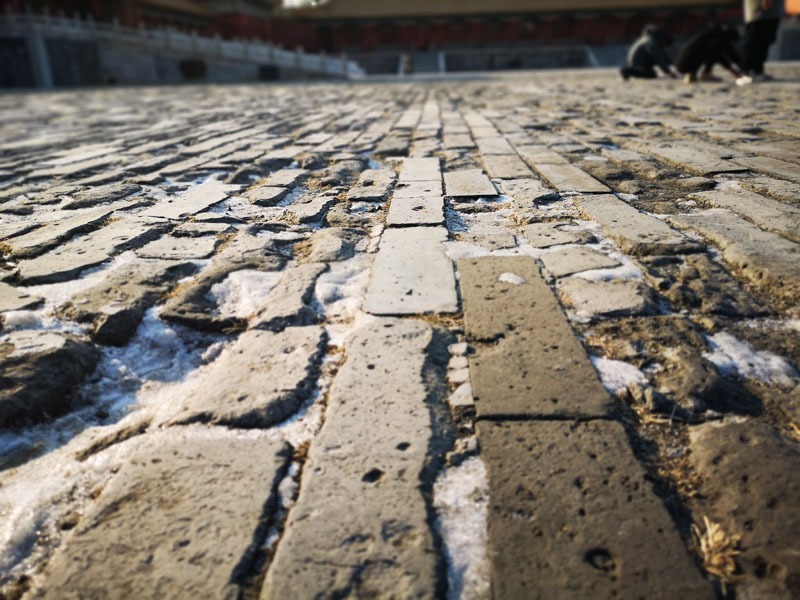 There are many charming rumors that surround the Beijing Underground City (地下城). Many of them suggest that the network of tunnels under Beijing are for purposes-unknown and that their existence is suspicious. Sadly, none of these rumors are true and whilst there is definitely an air of mystery to the tunnels themselves; they were in fact a public safety measure designed to give the people of Beijing the ability to flee if the Russian army had invaded China during the cold war.

It’s one of the few places in China that you can get a glimpse into the Cold War history of the East. It’s also an interesting photo opportunity. A visit won’t take much more than an hour or two.

Small children should be closely accompanied and those with mobility issues may not find it the easiest place to visit.

The tunnel network is large. It’s estimated to cover a massive 85 square kilometers or so underneath Beijing. It should come as no surprise that you are not permitted unsupervised access to the tunnels as no-one wants you to get lost down there.

You can only access a small part of the tunnels and you won’t be allowed to wander off. You will see sign posts for many of Beijing’s most famous places such as Tiananmen Square and the Forbidden City. There are some incredibly rare posters of Chairman Mao from the early 1970s (though you may have to keep your eyes peeled for them).

There are rooms full of materials which had been horded and which remains unused for the coming nuclear assault. You may also be able to visit the silk farm which currently operates out of the tunnels – it’s run by Qianmen Arts and Crafts center now.

The tunnels were constructed during the 1970s and might have been used as somewhat inadequate fallout shelters in the event of a nuclear exchange. They fell into disuse not long after and the tunnels were closed to visitors until early in the year 2000.

The tunnels began being built during 1969. Chairman Mao was disturbed by the ever increasingly hostile relationship with Russia and wanted to be sure that Beijing’s population would not be lost in the event of nuclear war. He ordered the tunnel network to be constructed along with an Underground City complex which would house up to 6 million people. There were 70 wells sunk in the network and you can find the remains of doctor’s surgeries, roller skating rinks, shops, schools, etc. down there if you look far enough.

The tunnels were dug by hand and 300,000 Chinese folks (including children and the elderly) were involved in their excavation. The precise extent of the tunnel network is not fully understood. The records from that period are incomplete and while there are many lovely theories as to how much of Beijing they cover; nobody knows for sure.

Beijing Underground City is eight meters below the ground and is two meters wide; it can accommodate over 300,000 people at one time, and has over 70 sites which are rich in groundwater. It has more than 3,000 ventilation holes, which continuously allow fresh air in.

A tablet of "Beijing Underground City" is before your eyes as you enter the underground city, below which the head-portrait of Mao Zedong is placed. Many old photos hang on the camouflage-colored walls in the underground city, highlighted by the photos of the ten outstanding generals of the PRC (Zhu De, Peng Dehuai, Lin Biao, Liu Bocheng, He Long, Chen Yi, Luo Yonghuan, Xu Xianqian, Nie Rongzhen and Ye Jianying).

Army relics from the 1960s are scattered everywhere in the underground city, which has a storeroom at each corner, some ammunition depots, some military supply depots and some battleground hospitals. The daily utensils, such as porcelain bowls and shovels used by the masses, are displayed in the city as well. The red skid-proof carpet paves the way through the underground city so you won't get lost as long as you walk along it.

A number of craftwork shops have opened in Beijing Underground City as well, which deal mainly in the four treasures of studying (a writing brush, ink stick, ink slab and paper), enamels, jade wares, silks, calligraphy works and paintings of celebrities, and traditional Chinese medicines.

The Xingfu Fajie site also comprises a Kung Fu school and you may be able to watch native Chinese Kung Fu if you’re lucky too. 44 Xingfu Dajie, Chongwen (幸福大街44号). This entrance appears to be closed too (May 5, 2014).