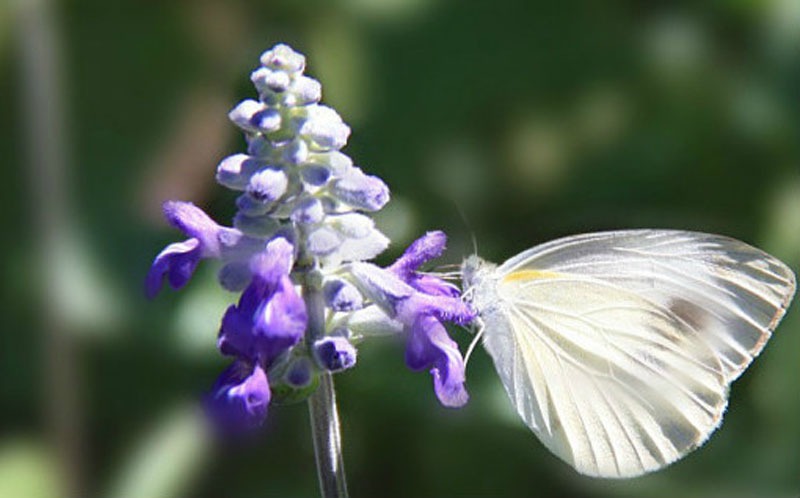 Best Places to Go to See Flowers in Beijing

The capital of China has a lot of professionally tended gardens where you can see a variety of kinds of gardens, flowers, and flowering trees. Here are spots with beautiful flowers to enjoy.

The Beijing Botanical Garden is well known for its peach trees that blossom when it gets warm. The Beijing Botanical Garden is the largest peach blossom garden in northern China. You can see thousands of different kinds of peach trees. There are about 70 variety of peach trees living there including ornamental peach trees, big peach trees, peach trees that bear big peaches, and chrysanthemum peach trees. Peach trees bloom during the period of the early days of April until early May. During this time, the Beijing Peach Blossom Festival is held in the garden. The garden is perfumed with romantic blooms and intoxicating fragrances, and it is very colorful. The state garden area measures about 56 hectares or 139 acres and is in the northwestern outskirts of Beijing, and the natural scenery is beautiful as well.

Another place near Beijing where you can go to see and smell peach flowers and eat peaches is Pinggu in Liujiadian County. In this area about 70 kilometers or 40 miles northeast of Beijing, preach trees stretch as far as the eye can see. There are about 6,000 hectares or almost 15,000 acres of peach groves, and it is said to be the largest peach grove area in the world. 200 varieties of peaches are grown, and there are very big peach varieties that are not grown in other countries. About 270 million kilograms or 300,000 tons of peaches are harvested each year. The groves are famous among peach growers.

Some of the groves are hundreds of years old and have been cultivated for generations. The Pinggu peahes are known for their various distinctive colors and flavors and for their high sugar content. It is said that the soil is sandy and there is plenty of water, and there is a big diurnal difference of temperature that is ideal for growing big sweet peaches. So if you love peaches and peach products like jams and peach juice, at Pinggu you can pick your own peaches and buy whatever you want. Try the peach-honey jams.

Travel routes: take public Bus No. 918 at Dongzhimen 东直门 in Beijing and get off at Guanzhuang Lu Kou Station (官庄路口站), and then change to Bus No. 6 and get off at Xiaoyuzi Peach Blossom Sea Station (小峪子桃花海站).

The pearl trees in Xiangshui Lake begin to bloom at the beginning of April. In addition, there are peach blossoms, apricot blossoms and azaleas for you to enjoy.

Ticket price: 5 RMB or about 86 cents USD per personJingshan Park is famous for peonies. There is a peony display each year in the park. Many varieties of peonies are displayed. Peonies have been displayed in Jingshan Park since the Yuan Dynasty (1271–1368). The park has a display collection of more than 1,000 peonies of some 100 varieties.

The peony rose garden in the Botanical Garden in Beijing is the biggest one in northern China. As was already described, it also has the biggest peach tree garden in northern China. It has large displays of many other kinds of flowers and big gardens and landscapes. The hilly natural scenery around it contributes to the beauty of the place. The Beijing Botanical Garden area measures about 56 hectares or 139 acres, and it is in the northwestern outskirts of Beijing.

There are over 600 varieties of peony there to enjoy.

Hall of Joyful Longevity in the Summer Palace are filled the fragrance of Magnolias from the end of March to early April. This period is, of course, one of the best times to visit the site.

Dajue Temple is located at the southern foot of Yangtaishan Mountain in the western suburbs of Beijing. The temple was built in 1068.

The magnolia tree at the temple is said to be 300 years old. It was planted by a Buddhist monk named Jialing who lived in the Qing Dynasty (1644–-1911). It blossoms each year around early April. The magnolia flowers in Dajue Temple are exceptionally large, bright, elegant and fragrant. These eye-catching flowers surpass other magnolias in Beijing and draw crowds of tourists each spring. There is a tea house on the temple grounds where visitors can sip tea while appreciating the flowers.

Travel route: You can take Bus No. 903 that departs every half hour from the Forbidden City to Dajue Temple. There are also trains from Beijing South Train Station to Dajue Temple.

The magnolia garden is in the western part of the Beijing International Sculpture Park. It is a new place to see magnolias in Beijing. There are over 5,000 magnolia trees of nine varieties. There are four different colors of flowers. Some trees bear rare purple and yellow flowers. They generally usually bloom from the beginning of April to the middle of April.

There are many entertainments in the park, which your kids may like. Use of these entertainment equipments is not included in the entrance ticket.Cherry trees and their fruit are quite beautiful. Yuyuantan Park has China's largest cherry garden. There are over 2,000 cherry trees growing in the garden.

Local travel companies offer tours to see the flowers each spring. Seeing flowers in this park can be combined with a visit to Beijing zoo as a morning tour.

We can help you tailor-make a Beijing flower tours to see various flowers in Beijing or in other places of China.

There are huge plots of tulips planted in Zhongshan Park. They line the paths. Late April to early May is the best time to witness the tulips in full bloom. In addition to the tulips, there are also many other species of garden plants such as wisteria, bamboo, and peonies. It really has to be seen if you are visiting Beijing in the spring.

Jietaisi Temple is famous for its ancient clove trees. There are over 20 clove trees that are more than 200 years old. Clove is an important spice with healthful medicinal effects, and it bears red flowers.

There is a glove of 240 clove trees planted near the Hall of Prayer for Good Harvests in the Temple of Heaven.

Every April when apricots bloom, visitors swarm into Fenghuangling (Phoenix Ridge) Nature Park to enjoy the flowers. There are 40 hectares (99 acres) of apricot trees planted in the park. From the hillside to the valley, the mountain is covered with a cloak of pink and white flowers. Since the park is large, you can get away from the crowds when strolling among the flowers.

There are large fields of apricot trees planted on the mountains around Badaling Great Wall. The Great Wall is an attraction too, of course. The best time to see them is in the beginning of April.

China rose is a popular garden bush in China. They grow to be about a meter or two tall. The flowers look like regular roses. There are over 400 varieties of Chinese rose planted in the garden. In the spring, pink, red, yellow, purple, white and blue China rose flowers are in full bloom. This makes for attractive scenery.

The Chinese flowering crab apple is famous for its flowers. They have appealed to both refined and common popular tastes since ancient times, and the Chinese call the blooms "flower fairies" and "imperial flowers". It is a wild-and-confused-looking tree, but blooms brilliantly. The Yuan Dynasty City Wall relics Park has the largest number of Chinese flowering crab apple trees in Beijing. The park holds a festival to coincide with the blooming of the trees from the middle of April until late April. During this time, thousands of people came to the park to witness the 2,500 trees in bloom.

Chinese people consider the lilac to be a symbol of purity. So the flower is often found at Buddhist temples. In Beijing, you can see lilacs growing at Jietai Temple, Fayuan Temple and the Temple of Heaven.

Jietai Temple has about 1,000 lilac trees. It is said that twenty are more than 200 years old. Legend has it that during the Qing Dynasty (1644–1911), an emperor once visited Jietai Temple, and he ordered the replanting of some lilac trees from the Old Summer Palace to Jietai Temple. Whenever the lilacs bloom in middle of April and in late April every year, the temple is perfumed with the fragrance of lilacs.

If you like flowers, spring is, of course, one of the best times to visit China. We offer tours combining seeing flowers with other cultural sights in spring. China Highlights is your China travel expert (see why travel with us). We can help you customize a trip to see flowers this season.

Let us help you plan a personalized Beijing tour for you or tailor make the travel arrangements for you.