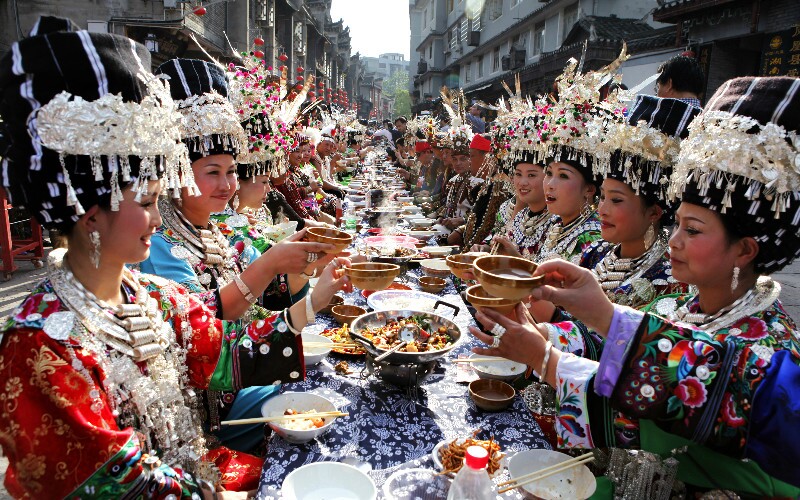 The Longevity Palace, located at the bank of Tuojiang River in Shawan Scenic Area, outside the East City Gate of Fenghuang. It is harmoniously integrate with the surrounding mountains and river, which reminds tourist of traditional Chinese painting.

Its red external wall is obvious among the green landscape. It is also called Jiangxi (one province of China) Assembly Hall, built by Jiangxi businessmen in Fenghuang during the year 20 of the reign of Emperor Qianlong of Qing Dynasty (year 1755).

Taking an area of over 4000 square meters, Longevity Palace was a marvelous and delicately- designed ancient Chinese building complex, composed of more than 20 halls, mansions, chambers, pavilions and an ancient stage. During the past hundreds of years, some of the buildings were demolished or wrecked. Now, it has become Fenghuang Folk Custom Museum.

The displays are very interesting, including various aspects of the county’s minorities, mainly about Miao ethnic group and Tujia ethnic group, such as the traditional dresses, ornaments and customs from the two minority groups; paintings and calligraphies and sculpture works of Chinese famous painter and sculptor Huang Yongyu, who brought national even world fame to this outlying county Fenghuang.