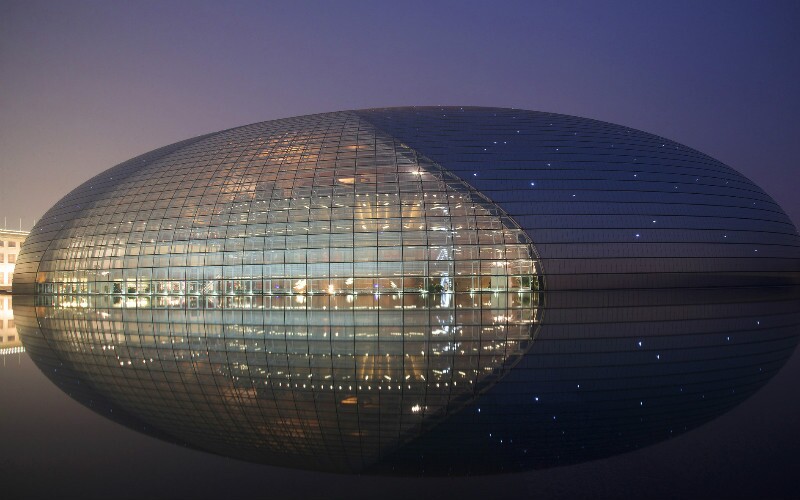 After the start of the Opium wars in the 1840s, Chinese architecture began to blend traditional Chinese style and western architectural characteristics. Traditional elements held over from the Ming Dynasty (1368 – 1644) and those inherent to the Qing Dynasty (1644 – 1911) of the time remained prominent. So most important buildings still featured sweeping roofs, open courtyards, screens and wooden columns. However, some buildings, including restaurants, hotels and stores began to incorporate western elements.

The influence of foreign styles

With the Western culture’s introduction into China, there was appear an eclectic European style in Chinese architecture during 1840s to 1920s. Several main treaty ports such as Guangzhou, Xiamen, and Shanghai possessed lots of buildings designed by foreign architects.

Foreign consulates, banks, clubs and corporate buildings in Beijing, Shanghai, Tianjin, Qingdao, Harbin, and other cities also introduced Western architectural styles into China during the end of the 19th century and beginning of the 20th century.

The Birth of Communist Architecture

When the People's Republic of China was established in 1949, architectural styles were pared down, with many buildings taking on a sparse look. Solid grey blocks and simple designs characterized many structures of this period, while large government projects developed a series of styles all their own.

In the 1950s, the Soviet style predominates throughout many big cities in Northern China such as Harbin especially on grand squares and axes.

The Returning to the Ancients' Period involved buildings with large roofs, while the New Communist Buildings Period is exemplified by the Big Ten Buildings, ten monumental buildings constructed in 1959 to celebrate the anniversary of the founding of the PRC. The designs of these ten structures combine Stalinist architecture, traditional Chinese architecture and modern architecture.

Opening Up and Architectural Exploration As China opened up to the world in the 1980s, new architectural styles began to develop that combined elements of all of the older styles while also inventing new elements.

Although the awareness of retained and adapted traditional architecture was remained, industrial style buildings and skyscrapers sprung up with the rapid modernization in cities.

Under globalization, architecture developed into a mixture with various cultures. Much of Chinese architectural products today are combination of tradition and modernity, while those are traditional on an essential non-traditional Chinese structure.

Modern icons include buildings such as the Jin Mao Building and the Oriental Pearl Tower in Shanghai and the National Grand Theater and the National Stadium, also known as the Bird's Nest, in Beijing. Some of these buildings have generated considerable controversy, but their status as architectural showpieces familiar to people worldwide is well established.