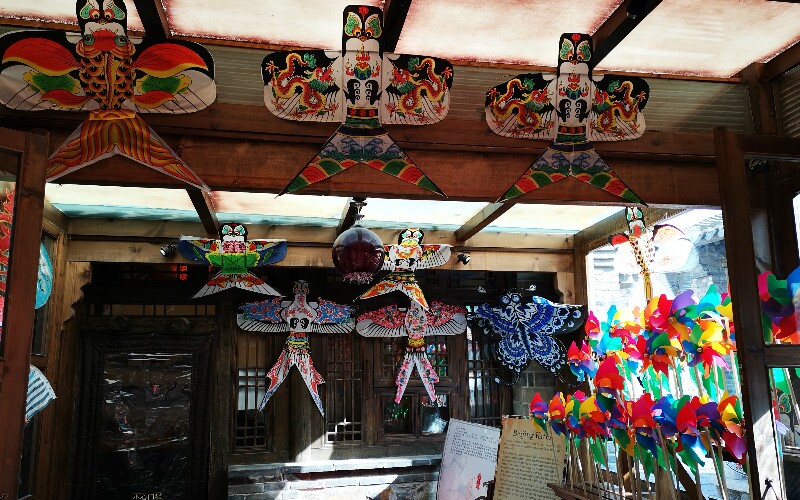 The Top 10 Facts on Chinese Kites for China Travelers

China proudly takes credit for the invention of the kite, during a time when China was in need of its military uses, and leads the way in kite world records. Find out why are kites so important in China through 10 facts that will help you understand Chinese's history and culture.

Kites were invented by two philosophers, Mozi and Lu Ban, during the Warring States Period (475–221 BC), which followed the relatively peaceful and philosophical Spring and Autumn Period. It took some time before the knowledge of how to make and use kites spread abroad.

Kites were first made to measure distances, providing information to aid moving large armies across difficult terrain. They were used to calculate and record wind readings, similar to ship flags at sea.

3. There are many types of Chinese kites: centipede, hard-wing, soft-wing, and flat.

Centipede kites are the quintessential, iconic, and immensely popular kite forms used in China, with their complex design they look like centipedes but with a dragon's head. The body is often adorned with feathers.

Hard-winged kites usually represent winged animals, from insects to birds, while soft-winged kites have rigid upper rims only, allowing the material on the lower section of the kite to flow along with the wind.

Flat kites, the ones that we are more familiar with in the West, are the simple diamond or square-shaped beginners kites. They're relatively easy to fly.

Another account is of an army general who used kites with harps fitted to them to fly across enemy camps; the wailing sounds of the harp in the sky made the enemies flee.

In 2015, a 6,000-meter long dragon kite was flown in Chongqing a the Chongqing International Kite Festival by professional flyers from Weifang. This kite then broke the Guinness World Record for the longest kite flown, for which the previous record was 5,000 meters.

The team who flew the kite, titled "Chinese Dream," allegedly spent RMB 100,000 to put the kite together over two years. Once it was time to put the kite in the sky, it took three people about six hours to get it up there.

5. Kites are linked to Chinese celebrations and symbolism.

Skeleton of a Hard-winged kite

Kites are important in Chinese celebrations because they are decorative and festive, representing Chinese culture. Designs on the kites, such as shapes and colors, all have different meanings and symbolisms. As always, red is a color often found on kites in China because this is one of the colors associated with good luck.

6. Kites were used to drive off bad luck.

Historical accounts detail the use of kites during the Qing dynasty (1644–1912), when spirituality and superstitions were rife, to drive off personal bad luck. Kites were flown through the sky and strings released, somewhat ceremonially, to ensure luck and improved health.

There is also folklore describing how kites were created by ancient Chinese people to commemorate their dead loved ones and friends.

Kites in the sky

Qingming Festival, also known as Tomb Sweeping Day, usually falls on April 4th or 5th. It is a three-day public holiday in China, and is a time to show your respect to, or worship, your ancestors. To do this, people will often offer food and drink to their ancestors (learn more about death culture in China here), or go to clean their family's tombs.

Because this is also when the weather finally starts to warm up, going outside and flying a kite is a common activity on this day, too.

8. Marco Polo allegedly witnessed the flying of a manned kite in China.

While in Weifang in 1282, Marco Polo allegedly witnessed the flying of a manned kite. According to his travel diary, there was a tradition in Weifang at the time that involved binding a sailor to a large kite to a ship as it rode with the wind.

9. The city of Weifang is home to the International Kite Association.

The city of Weifang in Shandong Province is known as the World Capital of Kites: it is home to the International Kite Association, a museum dedicated to the history of the kite, and holds the Weifang International Kite Festival between April 20th and 25th every year. The festival is well-attended by kite enthusiasts from all over the country. The festival also crowns an annual Kite King.

10. The Weifang Kite Museum has 2,000 international kites on show.

Don't forget to check out the fourth exhibition hall, which displays China's finest kites and has good examples of all the different types of kites.

All tours are modifiable, and you can tailor a Weifang tour or put together your own tour to include flying a kite in China.

We can extend any tour to include Weifang, especially our Shangdong tours like 6-Day Qingdao, Jinan, Tai'an, and Qufu tour. If you like arts and crafts, it's also worth considering our Beijing Handicraft Tour.