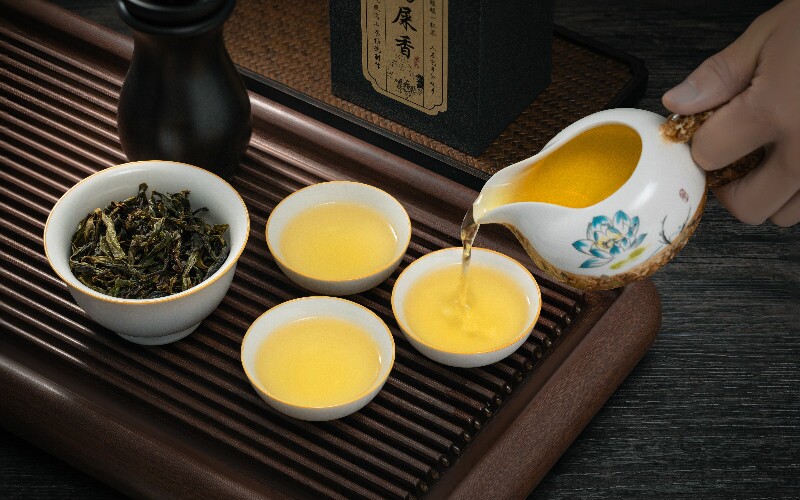 Tea was first discovered by the Chinese and used as medicine. Then it evolved into a type of beverage, and became an integral part of Chinese culture.

Here are 10 interesting facts about Chinese tea to help you learn more about it.

China is the homeland of tea. Wild tea trees from over 3,000 years ago, where tea was once farmed, and extant cultivated tea areas dating back to 800 years ago, can still be found in Southwest China.

Simple tea-processing emerged between 221 BC and 8 AD. Tea leaves were pressed into balls, dried, and stored. People later crushed the balls and mixed them with herbs, such as green onion and ginger, before boiling them. From then onwards, tea became a beverage.

According to the legend, some Chinese once people believed tea was first discovered by Shennong (the Divine Farmer c.2500 BC) who was one of the ancestors of Chinese people.

2. Tea is the Second Most Consumed Beverage in China

Nowadays, tea is consumed around the world more than any other beverage except for water. You can find lots of teahouses in China easily, especially in the top tea culture cities.

In addition, the diversity of styles and flavors of Chinese teas is unparalleled in other countries (see Chinese tea classification).

3. Tea Was First Used as Medicine

Before the 8th century BC, tea in China was primarily used as a medicine. Ancient Chinese people often boiled fresh tea leaves and drank the infusion. They believed that tea reduced "heat" (see Chinese medicinal cuisine) and improved eyesight.

To this day that white tea over 3 years still considered as a ideal antipyretics to young children with measles in North China.

China was the first and still is the largest exporter of tea. Near the end of the Ming Dynasty (1368-1644 AD), British merchants set up trading posts in Xiamen, Fujian Province and first started to trade in Chinese tea.

In Mandarin Chinese, "tea" is "cha". The only region where it wasn't called it cha was Fujian Province. What the people of Xiamen called tay, the British spelled as "tea".

The term "tea" started spreading later than "cha" but, with the English language, traveled much further. Nowadays, the term "cha" is still used in Japan.

Tea is the national drink in China, but the production and consumption of tea is distinctive in different regions.

On the one hand, different regions are famous for growing different types of tea. For example, Hangzhou has the best green tea - West Lake Dragon Well tea.

On the other hand, people in different regions tend to prefer drinking different teas. It's clear that people in Beijing like flower-scented tea, especially jasmine tea; people in Shanghai and surrounding areas like green tea.

6. The Longer Some Teas Are Stored the More Expensive They Are

There's a saying among Chinese tea-lovers: a brick of good Pu'er tea is more valuable than a gram of gold. Some regard tea as an investment commodity rather than just something to put in a cup to drink.

Over the past decade, some high-end teas, especially those that improve with age have become as collectible in China as the rarest vintage wines.

For example, Pu'er and white tea are highly praised for their suitability for long-term storage - the longer they are stored, the more valuable they become.

But not all tea is suitable for collecting, since some types of tea including green tea, deteriorate with age.

7. Serving Tea to Elders or Guests Is a Sign of Respect

In traditional Chinese culture, serving tea to a guest is a sign of respect. A younger person can show respect and gratitude to an older person by offering a cup of tea. This is especially common during big celebrations, such as birthdays or the Spring Festival.

Tea is said to provide a lot of health benefits and is believed to be a healthy beverage by Chinese people. People believe that drinking tea every day could decrease the risk of many diseases.

The most common belief is that it contributes to slimming, although there is no conclusive evidence that green tea aids weight loss, or has any beneficial health effects.

9. Tea Is a Great Social Media

Tea is a great social media in China. A teahouse is the by-product of Chinese tea culture. Chinese people generally consider meeting in a teahouse to be a good opportunity to socialize or discuss business matters.

Conventionally, Chinese scholars prefer to have free and deep communication with their friends, and businessmen usually conduct negotiations with their business partners, when enjoying some tea.

10. Chinese People Think a Tea Set Is Very Important for a Good Cup of Tea

Chinese people are usually really finicky about the teaware they use for brewing or drinking tea. They believe that different tea sets affect the tea's flavor.

The most popular teapot in China is the Yixing (a city in the eastern Chinese province of Jiangsu) clay teapot. The amazing quality of the Yixing teapot is that each time tea is brewed inside it, it absorbs the tea's flavor. After being used many times, the pot itself can flavor the boiled water without adding any fresh tea leaves.

We have designed tours especially for tea lovers to have an in-depth tea culture experience in China. Travel with us to learn more about Chinese tea.

Here is one of our most popular tours for inspiration:

If you are a tea fan, this tea culture tour will thoroughly satisfy your thirst.

Our tours are very flexible. If you would like to make any modifications, please feel free to let us know, and we will be glad to tailor-make your tour for you.