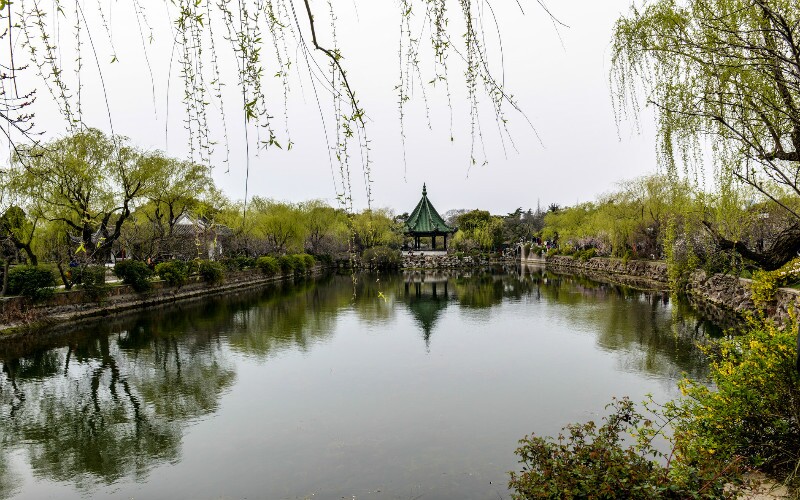 To discover a breath-taking enclave of China's natural beauty and to immerse yourself in Chinese religious and cultural history, one can find no better place to visit than Dinghu Mountain Scenic Area.

Its store of flora and fauna, including many endangered species, is virtually unmatched in the whole vast land of China. Its gorges, canyons, and 10-peaked Mount Dinghu are covered in a blanket of green that make its views both memorable and constantly camera worthy.

Since 1956, it has been the first nature preserve in China, known as a "living museum". Dinghu Moutain houses hundreds of species of plants, animals, and birds, dozens of them under state protection. It is now also a UNESCO International Man and Biosphere Reserve, making it a magnet for worldwide "scientist tourism".

The plant and animal life vary according to elevation, allowing a taste of numerous mini-habitats all in one location. Evergreen and broadleaf forests comingle on the mountain's heights and cover some 80% of the reserve's terrain.

Without the life-giving annual rains, the mountain would soon dry up and die. But instead it is a towering jungle of life. Many of its plants are of great medicinal value. Guangdong Province's state bird, the silver pheasant makes its home there in this sub-tropical paradise. Leopards, serows, and 20 species of pythons (watch out!) also make their home on the green slopes of Mount Dinghu.

Learn a little about China's history and biospheres before arriving so this Chinese national treasure can be that much more appreciated.

Among the most popular of Dinghu's tourist stops are Baoding Park, the ancient Buddhist temple of Qingyun, and the Flying Waterpool. The "green gem of the Tropic of Cancer" also has an ancient Buddhist sacred site.

The reserve was founded largely for the protection of evergreen rain forests that live off the annual monsoons. The rains come in April and stay till June, with typhoon season following in July and typically seeing four typhoons (hurricanes) before the end of September. This leaves the tourist October through March to visit if he or she wishes to stay dry.

Bring a raincoat if it is the wet season and sun screen if it is summer (it gets quite hot).

A quick taxi or bus ride (20 minutes) can take the tourist from Zhaoqing to the reserve, and a two-hour bus ride will bring him or her to Zhaoqing from Guangzhou. A Sea Cat speed ferry also connects the reserve to Hong Kong (a four hour ride).

A visit to Dinghu Mountain can be combined with one of our Guangzhou tours, or contact us to design your own unique China tour.

Lingyang Gorge, an amusement and water park along with white water rafting opportunity, is just north of Zhaoqing.