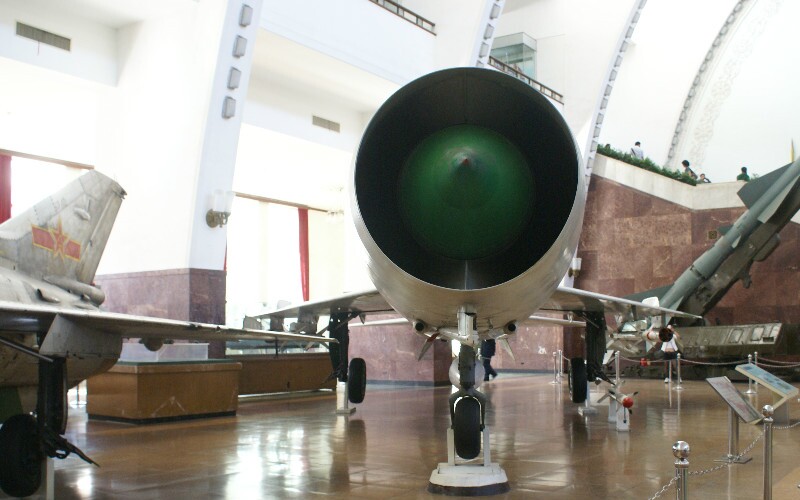 The Military Museum of the Chinese People's Revolution is located in Chang'an Avenue, west of Beijing's Tian'anmen Square. This building was built in 1959 for the celebration of the 10th China National Festival. The Military Museum is a collection, research and display facility for historical relics, physical objects, documents and materials which reflect the military fighting process under the lead of the Communist Party of China, the achievement of the People's Army and China's military history stretching over 5,000 years.

According to the ancient wars' history, in this hall, you can get acknowledgement of every important war, excellent militarists, generals and soldiers in China's history. You can see the bronze weapons which were indispensable during spring and autumn periods, the Warring States period, and the Xia, Shang and Zhou dynasties. Moreover, you can experience the ancient people's intelligence from the firearms used in the Tang and Song dynasties and the book of Sun Zi Bing Fa.

This hall mainly shows us the anti-Japanese war history from July 1937 to August 1945 on the basis of the organization of the Chinese Communist Party and second cooperation with Kuomintang (KMT). The exhibits reflect the significant role of the eighth route, the new fourth armies and South China's anti-Japanese guerrillas in the war of resistance against Japanese aggression under the lead of the Communist Party of China.

The duration of the War of Liberation was four years from 1945 to 1949. With the national people's support, the Communist Party of China eliminated 8 million armed forces of Kuomintang (KMT) and overthrew the domination of imperialism, feudalism and bureaucratic capitalism after three tough stages - the strategic defensive, strategic stalemate and the strategic counter-offensive. Finally, it set up the Republic of China.

In the weapons hall, you can see firearms, artillery, armored vehicles, missiles, warships and aircraft. Those weapons are all from the revolutionary war, used and captured in coastal defense, frontier defense and air defense battles after the founding of new Republic of China, as well as some of the weapons designed by China itself.