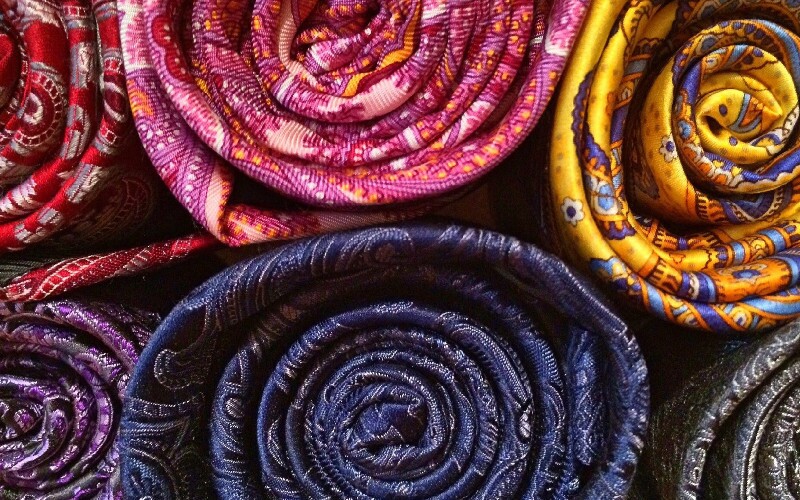 Located near Yonganli of Beijing Chaoyang District (北京市朝阳区永安里附近), enjoying an equal popularity to Xidan (西单) and Wangfujing (王府井), Silk Street is one of the major commercial streets in Beijing. Originally, Silk Street mainly traded in traditional Chinese silk articles, exquisite handicrafts and imported commodities. But now, besides silk and travel souvenirs, it sells more of a variety of goods, such as clothes, bags and suitcases, shoes and hats, pearls and decorations.

Due to the short distance to Legation Quarter, customers who go shopping in the street are mainly foreigners living in Beijing and tourists traveling around Beijing, most of who are Russians and Eastern Europeans. The signs of restaurants and transportation companies on both sides of the street are written in Chinese and Russian.

The street has long been a landmark of Beijing, a place where tourists from home and abroad must visit. Climbing the Great Wall, visiting the Imperial Palace, tasting a roast duck, shopping in Silk Street; all of them are symbols of Beijing and must-see attractions for foreigners. Most of the retailers in the street are able to communicate with foreign customers by using a few simple English words to sell their goods.

Many Chinese people consider that, compared with the few good brands, there are too many fake goods to buy there, but it is hard to resist the temptation of the cheap prices.

However, some ill-mannered retailers might occasionally compel customers (especially foreigners) to buy, maybe because of the fierce competition.

Celebrities who have been to Silk Street

From 1982 to 1985, Silk Street was only an unknown street with some vendors selling goods at about 400 stalls, mainly engaged in travel souvenirs and silk articles, so it was named the "Silk Market" by foreigners.

After decades of development, the street has become a huge newly-developed department store. It has five floors and three lower-level floors, occupying an area of 28,000 square meters and containing hundreds of shops.

Which one do you prefer: Silk Street, Xidan or Wangfujing?

Wangfujing: foreign tourists prefer it, but local people don’t go there often. There are many brand stores in Wangfujing, so the goods have high prices and are mainly for high spending customers. It is also a walking street for window-shopping.

Xidan: Beijing people like shopping there, especially young people. The shopping areas are concentrated which suits the average customers.

Silk Street: the foreign tourists' choice as most of them are attracted by the cheapness and variety of goods sold there. Bargaining is needed. If you want to go shopping at will, Silk Street is a better choice, because Xidan and Wangfujing are pure commercial districts.

The do's and don'ts of shopping in Silk Street

How to bargain: One rule for shopping in Silk Street: never pay anything over half price. For example, if the seller is charging a price of 2,000 yuan for a suit, the buyer can bargain it down to 200 yuan, and then the suit will finally be sold at the price of 250 yuan. If a shirt is priced at 150 yuan, just pay 50 yuan for it.

Metro line: take Metro Line 1 and get off at Yonganli (永安里) Station.