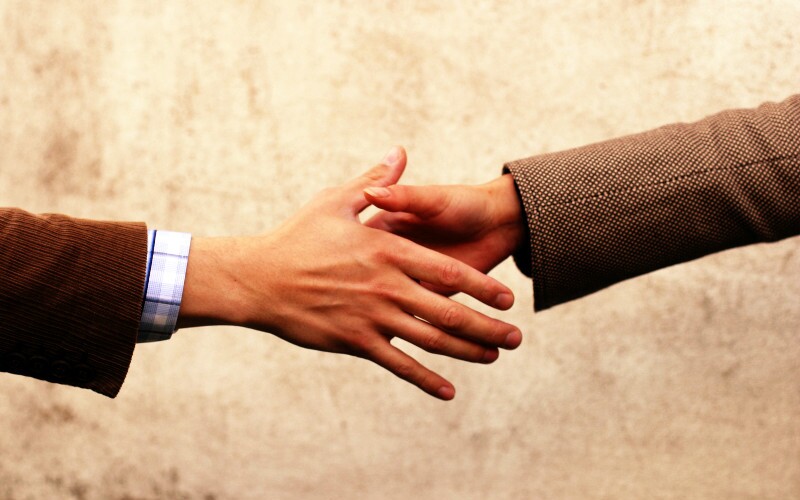 How to Do Business Chinese Style — Using Connections and Honor

If there are two words worth knowing in approaching Chinese culture — worth knowing and worth understanding — those two words are guanxi (关系 /gwann-sshee/ 'connections') and mianzi (面子 /myen-dzrr/ literally 'face'). Knowing the right people and knowing how to honor those you meet are crucial when doing business in China.

Typically in the west, though people may have business lunches, most formal business discussions are conducted in a more formal setting. China, in this, can be deceptive.The pats on the backs and the smiles, the extravagant dinners and still more extravagant drinking that goes along with them can make the Chinese way of doing business seem very unstructured. However, beneath the seeming informality, rituals are being closely observed.

Notice your host. He is seated furthest from the door. If you are deemed an honored guest you will be seated next to him — it's best not to try and place your interpreter, if you have one, between yourself and your host though subsequent conversation may entail much craning of necks as a consequence.

The amount of drinking done at business lunches can be one of the most disconcerting aspects of doing business in China. The very strong rice wine — baijiu (Moutai being the most recognized brand) — may be consumed from very small glasses, (as you can see from our picture of two gentlemen doing business), but it is consumed copiously.

Traditionally, your host will propose two toasts. When that is done, the most honored guest proposes the third to the host. Only drink the baijiu when toasting and, if "Ganbei!" is uttered, drink it down — whatever you happen to be toasting in, even if it's a glass of beer — in one go.

Yes, the aim is to get hopelessly drunk.

A tip: At the start of the meal, ask for a glass of water. When no one is looking, surreptitiously fill your shot glass under the table from that. It is a standard Chinese trick — many Chinese are as uncomfortable these days about doing business blind drunk as you are.

This is how to do business?

In China, yes it is. The two key words to remember are guanxi and mianzi. Guanxi is akin to the idea of the 'old school tie'. Connections grease the wheels of business in China. Most connections arising from personal relationships, business itself has become personalised. You are, in theory, now pals... but be warned, business in China is as cut-throat as anywhere and, some would argue, still more so. Don't expect this new 'friendship' to bring you any favours.

For all the amiable talk, China is a hierarchical society and, in such societies, those at the top are not as interested in what you may think of them as people as in the west. They are more concerned with seeing those subservient to them, or on a par with them according them the honor their position deserves rather than threatening the status quo. This is where mianzi comes in, essentially an honour system of strictly formalised behaviour. It is important to learn and follow the rituals; things are not as chaotic as they may seem.

When doing business in China, then, it pays to think back to former days in the west when gentlemanliness and gallantry were to the fore, when ritual was favored over personal initiative, when it meant far more who you went to school with and your father's status in society than who you, yourself, actually were. You're not excluded from this; far from it.

As a foreigner doing business in China you're a guanxi-catch and your favor will be eagerly sought. However, be wary. You still reside outside the core interests of friends and family. You're useful, but you may find that amicable claims have been exaggerated when you get down to business proper.

Meanwhile, younger Chinese people are finding these outmoded ways increasingly frustrating, particularly given that most who may have ability find themselves excluded for having no guanxi and, without that, you're not considered worthy of much in the way of mianzi.

Changes are coming, but change is slow. For now, it pays to study up on the old rituals and traditions of guanxi and mianzi if you want to do business in China.

Arranging a Business Dinner in China

If you're planning on arranging your own business dinner in China, check out our lists of restaurants in China's largest cities.

You may find it best to play on your status as a foreigner. If so, you may want to choose from a Western restaurant specifically. Just be sure it's suited to the people with whom you're doing business and, before you go, visit it yourself. If you're lucky, you may get a seat at a table near an ongoing business dinner and you can observe the rituals for yourself.

China Highlights — Helping You Do Business in China

China Highlights can't provide you with guanxi and mianzi, but we are experienced in business in China and experts at making travel arrangements for foreign visitors.

We can help with hotels and restaurant bookings, flights, and private transport in the cities you are doing business in. Contact us with your requirements, and let us take the hassle out of the logistics so you can concentrate on what you are in China to achieve.