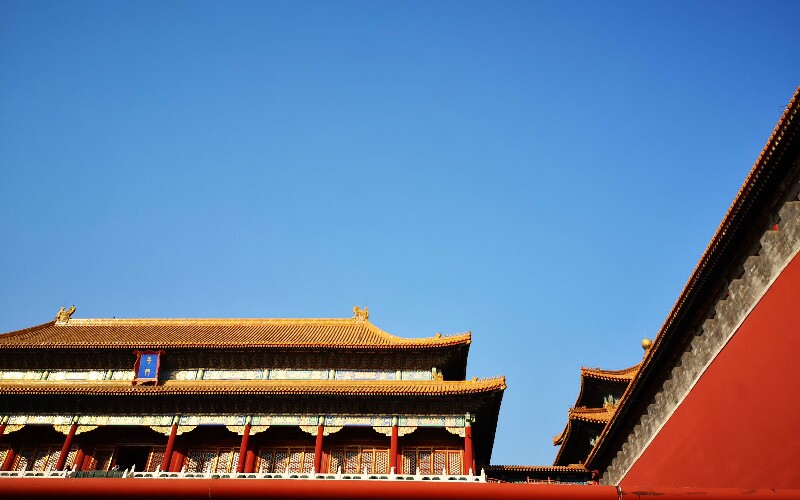 China’s 7 Most Significant Historical Sites You Should Visit

China has a history of thousands of years, which gives it a lot of historical sites. The seven most significant are the Great Wall, the Forbidden City, the Terracotta Army, and the Potala Palace, the Summer Place, the Mogao Grottoes, and the three Confucian sites. All of these are UNESCO World Heritage.

1. The Great Wall: the Longest Defensive System in the World

The Great Wall of China is one of the greatest sights in the world. It's an ancient defensive architecture. The "Long Wall" has a long history — more than 2,300 years. It was built in different areas by different states/dynasties to protect different territorial borders.

The entire Great Wall of China zigzags across the mountains of northern China. We highly recommend hiking along the best-protected sections of the Great Wall: Mutianyu and Jinshanling.

The layout of this palace is strictly according to Chinese fengshui theory. China's best-preserved imperial palace is the world's largest ancient palatial structure (7.2 ha. or 17.8 ac.), the essence and culmination of traditional Chinese architectural accomplishment.

The museum, with three pits containing the Terracotta Army, covers an area of 22,780 square meters. Over 8,000 life-size terracotta soldiers and horses, and more than 10,000 bronze weapons were unearthed in these three pits.

The Terracotta Army is candidate for the title "eighth wonder of the world" and the is largest military museum underground. An interesting fact is that all the terracotta soldiers were made to face east towards Emperor Qin's enemies of the Warring States Period (475-221 BC).

If you are interested in Tibetan culture, the Potala Palace is the attraction which you should not miss. It was first built as the palace of Songtsen Gampo (617-650), founder of the Tu-Bo Dynasty (吐蕃王朝). After being rebuilt in the 17th century, it was the residence of Dalai Lamas.

There are plenty of precious historical relics in the palace, including over 10,000 Buddha statues made of gold, silver, jade, wood, or clay, and about 10,000 thangkas (scroll paintings related to Budhhism). The gorgeous mural paintings, wooden carvings, and color paintings used for decoration are outstanding.

The Summer Palace is China&'s largest imperial garden. UNESCO added this 300-hectare (740-acre) site to the World Heritage List in 1998, and described it as "...a masterpiece of Chinese landscape garden design. The natural landscape of hills and open water is combined with artificial features such as pavilions, halls, palaces, temples and bridges to form a harmonious ensemble of outstanding aesthetic value."

The Summer Palace was a royal summer resort in the Qing Dynasty (1644-1911), so the architectures and the layout there are quite exquisite. Boat cruises are available on Kunming Lake. There are numerous stores in Suzhou Street, selling souvenirs like antiques, snacks, silk, jewelry, and tea. The shop assistants there are dressed in the costumes of the Qing Dynasty.

6. The Mogao Grottoes: a Holy Land of Buddhist Art

The Mogao Grottoes' first carving was in 366, and with a contruction period spanning 16 dynasties, they are a summation of Buddhist art. The Mogao Grottoes are near an important city on the ancient Silk Road — Dunhuang, where you can see Crescent Spring (a miniature oasis in a pristine desert).

Confucianism is a cornerstone of Chinese civilization. The Three Confucius Historical Sites (三孔 San Kong) are all in Qufu, Shandong Province. Ancient architectural buildings, ancient stone tablets, and Confucius culture are the highlights.

The Kong Family Mansion was where the descendants of Confucius lived. It is huge and designed to reflect Confucian philosophy in its separation of areas for work, reception, and relaxation. The 480 rooms house a treasure of relics including imperial calligraphy.

The Cemetery of Confucius has become the graveyard of the Kong family, and more than 100,000 of Confucius' descendants are buried there. It is called Kong Lin ("Confucius' Forest").

Qufu Confucius Temple is the second largest scale ancient architectural complex in the world, after the Forbidden City. The temple was originally built as Confucius' house, and was changed into a temple to worship Confucius in the second year after his death. After that, extension of the temple continued, and today's 95,000 square meters was completed in the Yongzheng Period (1722-1735) of the Qing Dynasty. There are some bestsellers including some of these historical sites:

You could always contact us to tailor your own unique tour of China's historical sites.