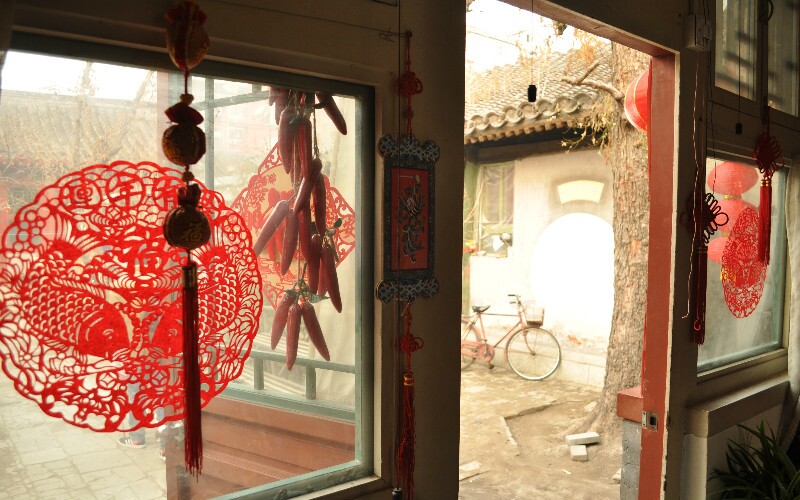 Chinese Paper Cutting, Popular for Its Low Cost and Artistry

Paper cutting is one of the most popular decorative Chinese handicrafts. It is popular for its low cost and artistry. Rural women often make paper cuttings in their spare time when farming is not busy.  As a reflection of its philosophical origins, paper cutting is as comprehensive as it is attractive. Moreover, folk paper cutting conveys the content and nature of traditional culture with its own particular language.

The history of paper cutting can be dated back to the 6th century. From the 7th to 13th century, paper cutting became popular especially during Chinese festivals. The art spread to the rest of the world in the 14th century.

In rural areas, paper cutting is traditionally a handicraft for women. In the past, every girl was supposed to master it and brides were often judged by their skills. Professional paper cutting artists are, on the other hand, usually males who earned guaranteed incomes by working in workshops.

Paper cuttings were mainly used in regional rituals, decorations and styling. In the past, paper  was cut into images of people or things such as money and clothes, which were buried with the dead or burned at funerals. This is a superstition that these things burned or buried would accompany the dead in another world. Paper cuttings were also used to decorate sacrifices.

Today, paper cuttings are used as decorations, and they are usually made with red paper, which is the most popular and propitious color in Chinese culture. They adorn walls, windows, doors, pillars, mirrors, lamps and lanterns, and they themselves can also be given as gifts. Paper cuttings were also used to serve as the mould pattern for making embroideries and spray paintings.

Paper cuttings are popular because of their expression of wishes and hopes. In ancient times, limited territory, restricted culture together with the occurrence of natural disasters made people desire for a happier living. Wishes for wealth, health and longevity are conveyed through paper cuttings. For example, during the Chinese New Year, the character ‘ Fu (福, blessing)’ is pasted upside down on the door to express people’s wish for the coming of ‘Fu’. At a wedding ceremony, a red paper cutting with the character ‘Xi (囍, double happiness)’ is a traditional and essential decoration, while patterns of dolls, gourds or lotus symbolize wishes for children. At a birthday party of an old person, paper cuttings with the character ‘Shou (寿, longecity)’ are often seen.

The Making of Paper Cuttings

It is easy to learn how to make paper cuttings, and required tools are simply a piece of paper and a knife or a pair of scissors. But to master this art is not easy at all because it requires much effort, practice, craftsmanship and imagination.

There are mainly 3 categories of paper cutting, each with different features.

The representatives are Foshan paper-cutting in Guangdong Province and Fujian Province folk paper cuttings. The former is rigorous, decorative, elegant, and splendid. The latter has different features in terms of its  themes, among which the gift flowers of Putian are the most special.

The representatives are Yangzhou paper cuttings in Jiangsu Province, and Zhejiang Province folk paper cuttings. The former is spiritual and elegant. The latter focuses on themes of flowers, fruits, birds and fish.