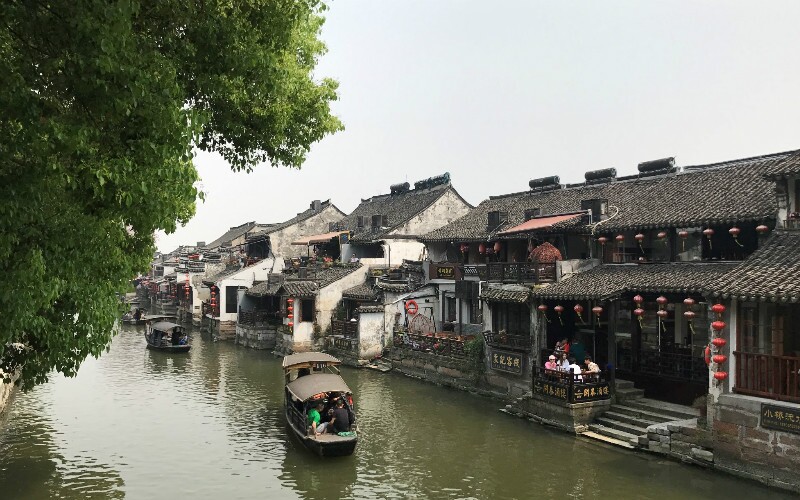 Zhejiang Travel Guide - How to Plan a Trip to Zhejiang

Zhejiang Province has been important in Chinese history as a coastal province, and Hangzhou, the large capital city, served as a rich inland port and merchant city on the Grand Canal and as a capital city.

For tourists, the main places to go are distinctly natural whether large urban parks, mountains, countryside, island destinations, or classically sculpted watertowns. Zhejiang is famed for its nature, carefully cultivated for millennia.

It is close to Shanghai and connected by bullet train. If you want to visit a classy province, steeped in culture, Zhejiang is a good choice.

The province is in the middle of the east coast of China on the East China Sea. Zhejiang borders with Shanghai, Jiangsu, Anhui, Jiangxi and Fujian.

It is the province with the most islands in the country. There are 2,000 islands off its coast. Its southwest bordering the Yellow Mountains area is quite high in altitude, while the northeast Yellow River Delta area is low.

The population of Zhejiang Province in 2018 is about 57 million. It is comparatively affluent compared to the rest of China. The Han nationality make up almost all the population (99%), and there are there are small populations of Hui and She people.

Hangzhou was once the biggest and richest city on earth according to Marco Polo during his tenure in the Yuan Empire. During the preceding Song Dynasty, the city became unprecedentedly rich and large with a population of perhaps 2 million. Researchers think that Hangzhou was the largest city in the world from 1180 to 1315 and from 1348 to 1358. Now, it is considered China's 6th richest city.

Hangzhou's population is an estimated 9 million in 2018, but this doesn't include the whole Hangzhou metroplex that has about 21 million residents.

West Lake in Hangzhou is beautiful whatever the weather.

Zhejiang weather is generally temperate and comfortable with a lot of rain for beautiful scenery and prosperous agriculture.

Spring and autumn are the most comfortable times for touring the province. Rainfall is heaviest in June and again in September during the fall typhoon season. Winter is cold with the January average low just below freezing.

Zhejiang has been important historically with Hangzhou being one of China's ancient capitals, rising in prominence to be the largest city in the world in the Song Dynasty (960-1279). The Hangzhou area is noted for having the best tea in China. It's China's top tea city. Zhejiang is also noted for it's Buddhist temples and worship sites.

Prehistoric times: Zhejiang is one of the birthplaces of ancient Chinese civilization. A great storehouse of historical relics, Zhejiang has long been called The State of Historical Relics. Archeologists report, 50,000 years ago the hominid named "Jiande" had been living in the western mountainous area of Zhejiang. Large numbers of historical relics have been unearthed in the Hemudu Ruins in Yuyao City. The relics include production tools and food utensils made of animal bones, wood and stones. All of the archeological relics show that the Chinese ancestors of 7,000 years ago had a well-developed pre-historical civilization.

In the feudal period, Zhejiang was a favorite place for the emperors to build their seats of power, and it has witnessed the rise and fall of many dynasties. Throughout history, Zhejiang has been given a lot of names, however the shape of Zhejiang Province was fixed in its present form in the years from 1661 to 1722.

The economy of Zhejiang was developed relatively early. As early as the Eastern Han Dynasty (206 BC - 220 AD) there were advanced hydraulic engineering projects, a salt manufacturing industry and a porcelain making industry. After the Third Century AD, the economy in Zhejiang achieved further development, and business gradually became more prosperous. Up until the dynasties of Sui (581-618) and Tang (618-907), the economy in Zhejiang developed at a fast rate, and the productivity of agriculture also improved. The area around Hangzhou City and Jiaxing City became an important production area for crops. The textile industry, porcelain making industry and paper making industry were improved. Mingzhou (now Ningbo City) became an important trade port in Southeastern China. After the Tenth Century, Zhejiang entered a prosperous period of feudal economy, and become one of the richest areas in China.

After the mid-19th century, because of the invasion of Western capitalism, Zhejiang became an important bridge between the economic hub of Shanghai and wealthy southern China. Despite stagnation during the Cultural Revolution, Deng Xiaoping’s economic reforms combined with the entrepreneurial spirit of the Zhejiang people enabled this province to once again become one of China’s richest provinces, a major center for export and commercialism.

Zhejiang Province has a variety of cultural and natural attractions.

West Lake is a large urban park encompassing a lake in Hangzhou. It is easy for tourists to get to. It is especially popular among locals and Chinese tourists, so expect crowds, especially on holidays and weekends.

Water towns have networks of canals and gardens and are surrounded by countryside, so they are natural places to enjoy as well as places for sightseeing and dining.

Wuzhen, Nanxun and Xitang are three that stand out.

Moganshan, a mountain two hours from Shanghai by vehicle is one of the main highlights. With forests, bamboo groves, tea plantations, resorts, cabins to rest in, and walking and sightseeing opportunities, Moganshan is the tourist favorite area in Zhejiang. It is a good place to buy tea.

Putuo Mountain is an island that is popular for many though it requires a boat trip off the coast.

The Thousand Islets Lake is an artificial lake that is about four hours from Shanghai by bus.

Zhe cuisine 浙江菜 is both artistic and healthful medicine.

Zhejiang cuisine, one of the Eight Regional Cuisines of China, is noted for being dainty, artistic, colorful, sophisticated and healthy due to the emphasis on the medicinal qualities of the food according to the millennia-old tradition of Chinese Medicinal Food. It is the cuisine of the wealthy and ruling classes and is meant prolong life and improve health while being an enjoyable dining experience.

The menus of the more authentic Zhe-style restaurants change according to the time of year and weather conditions according to their medicinal ideas and fengshui traditions. This cuisine style is more costly. If you don't like spicy cuisine, but prefer fish and seafood, then this is the food style for you.

The huge Hangzhou East waiting area. This is a bullet train hub station.

Bullet train travel is becoming increasingly important as the network grows and new cities are added. For sightseeing, seeing the scenery, and ease of travel between locations around Zhejiang, we recommend that you take bullet trains.

The Shanghai to Ningbo High Speed Train has G-class trains that travel in about 2 hours. Hangzhou and Suzhou are connected by G and D trains in about 7 hours.

If you want up-to-date schedules and book tickets, you may use the search tool on China Highlights Train Ticket Service.

There are 4 domestic civil airports: Yiwu, Huangyan, Quzhou and Zhoushan.

The countless expressways across the province connect Zhejiang to neighboring cities and provinces. The major route is the Shanghai-Hangzhou Line, which has a total length of about 151 kilometers. It starts from Xinzhuang of Shanghai City in the north and ends at Pengbu of Hangzhou City in the south.

There are a many passenger liners connecting the coastal city of Ningbo with the Zhoushan Islands and Shanghai City. There is busy passenger traffic.

Other very popular tourist areas around Zhejiang include:

144-hour (6 days) visa-free entry is now available to citizens of 51 countries. You can visit Hangzhou and the whole region of Zhejiang Province, Jiangsu Province, and Shanghai, and stay for up to 144 hours without applying for a visa. See detailed information about the 144-hour visa-free transit policy.

Our Most Popular Zhejiang Tours

If you want something very personalized, we have just the service for you — Create your own trip. All our tour designs are modifiable.