The 10 Most Common Xi’an Scams 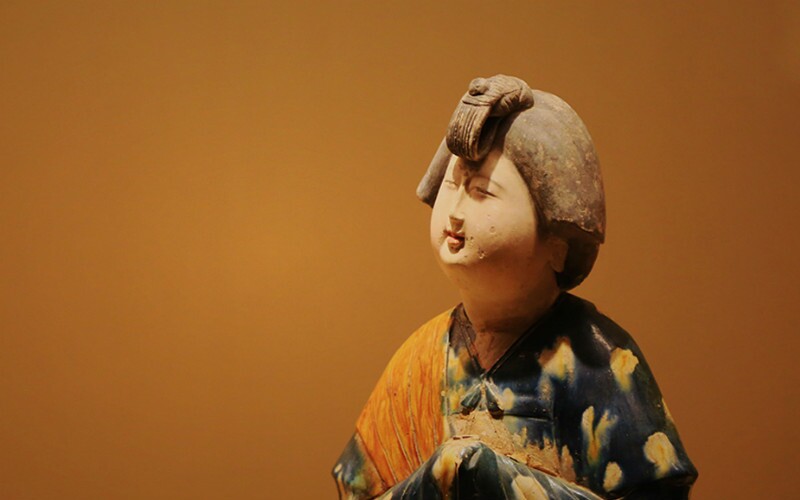 Xi’an is one of the top three or four Chinese cities that attracts large numbers of tourists throughout the year, but there are also many rogue traders, illegal tour guides, unlicensed tour companies, and pickpockets who target getting unfair advantage over visitors. Unfortunately, even people who have traveled to China for many years, and even Xi'an dwellers, get scammed.

Beware of overpriced items in the marketplaces and hotels, con-men, fake antiques, illegal taxis, rogue taxi drivers, thieves, and false information about tour destinations. Below are 10 ways to avoid the common cons.

Safety should be the first priority when selecting a transportation solution around Xi’an and China in general. For your safety, the best thing is to go with a licensed tour company (like us).
First, they are over priced, and second, some people report having been taken to unknown destinations and robbed by friends of the taxi drivers. Some people hoping to take budget tours in and around Xi’an fall victim to these scammers.“Black" taxis are not necessarily black in color; they are illegal taxis and cars you may meet at Xi’an's train stations, Xi'an's airport, etc.

At the main Xi’an Railway Station and bus stations, there are people who approach tourists offering cheap or alternative transportation and some are very persistent. Do not take the offer if they are not licensed.

If you do not have arrangements with a trustworthy tour company or tour guide, take a tourist bus from the east side of Xi'an Railway Station. The bus runs each 20 minutes and stops at all tourist spots in Xi'an. The bus ticket costs you a third of the price offered on the black taxi ticket. More about Taxis in Xi'an and their prices>>>

2. Illegal Guides at the Terracotta Warriors and Other Places

The Terracotta Warriors and Horses attract thousands of travelers throughout the year. However, beware of guides that stroll around this attraction and many of whom are not certified.

Illegal guides are almost everywhere in Xi'an. Usually, an attractive male or female will show up and offer a free or very cheap tour guide service or a free lunch, enticing you to fall into this trap if you are looking for a cheap tour and don't know the risks.

People have reported having been taken to some "strange stores" by these illegal guides, and forced to buy expensive poor-quality goods. So, if you end up looking for a guide in Xi'an, then insist that he or she shows you certification and a guarantee of quality.

At China Highlights, we not only pick from the best Xi'an guides, we also offer no-shopping detours and service quality money-back guarantees.

The honorary director of the Terracotta Warriors and Horses museum is there everyday and signs books for visitors. However, some rogue guides will lie to you that "it's in your best interests" if you meet him, and that you must buy a book and get a signature from him. All of this is strictly optional (and probably not worth your time or money).

Very many tourist shops in Xi'an now sell little clay figurines with swords, which are modeled after the Terracotta Warriors. It is hard to notice the trap at the first sight, especially for first timers, but careful scrutiny will reveal the ploy.

For instance, figurines are often clustered around a special knife, and when you pick up the knife the attached ribbons will knock down several little clay figurines, which you will then be forced to pay for.

4. Pickpockets at the Bell Tower and Other Attractions

Particularly in underground tunnels at the Bell Tower, you need to be aware of thieves and pickpockets. The same is the case if you are visiting to the Drum Tower and Muslim Quarter areas. Sometimes people will befriend you with the intention of distracting and robbing you.

5. Fake Antiques on the Xi'an Streets

Because Xi’an is a historic city, it is a place where tourists like buying antiques. Unfortunately, some vendors have innovated schemes for having these goods sold on near compulsory terms, such as arranging them into triangular shapes, such that they will fall and break once you touch them. This will give the vendor all the reason necessary to ask for money even for worthless and fake commodities.

Huajue Street, one of the most famous antique streets in Xi'an, has almost all its traders selling fake antiques. Because forgery technology in China is very advanced, it is hard for a new comers to distinguish fake antiques from real ones.

If you are not an expert, or are not being accompanied by an expert, it is recommended that you do not buy.

Most traders in Xi'an and China as a whole fix very high prices on goods in order to get the most out of unsuspecting visitors who are not familiar with the products being sold or their prices.

It is important to know that reselling and trafficking of antiques in Xi'an is an illegal trade, and you had better stay out of it.

Overpriced ethnic food at Huimin Jie or Muslim Street is common because traders are looking to get the most out of tourists, and there are no cheap food kiosks anymore. But you can get cheap food at Jianguantang Bao restaurant. Also, do not fall for small restaurant owners who sell overpriced food in the alleys. They're no cheaper.The food stalls located near Xi Dajie on the Muslim Street are famous for tourists looking for Xian's culinary experience and is thus a popular tourist destination.

When bargaining for almost all items in Xi'an as a whole, always make an offer of 10 percent of the quoted price as your starting offer and build up from this point.

Tourists are required to have tickets when visiting the majority of tourist attractions in Xi'an, and many scammers try to take advantage of this.

For instance, at Xi'an Zoo near the Terracotta Warriors, scalpers sell fake tickets to tourists outside the gate and claim to have special deals such as including a map of the zoo free of charge. Tourists are then refused entry and have to buy a new ticket.

Always buy tickets from legitimate ticket booths, or if you are agreeing to a ticket deal from anyone, open the packet to make sure the ticket is included and retain your ticket stubs, since it will also be checked when you get in. Scammers also try to sell (unusable) travel tickets at railway stations and airports.

Unsuspecting persons fall victim easily, but you can also use a few tips to check if the money is counterfeit.Counterfeit money is a problem all around China and even city-dwellers get scammed with fake money, which means tourists are particularly easy targets.

Hold the bill up to the light and the watermark of Chairman Mao and correctly aligned round symbol should be seen - real bills have distinct watermarks, while those on fake bills are rather obscure. You can also detect a fake bill by feeling for the embossed hair and jacket of Chairman Mao on a real banknote. More practical tips on Chinese money>>>

Xi’an is full of man-made attractions, so be sure to ask and research for details before going, because, unfortunately, some have little or no historical or tourism value, when the charges are weighed against what they provide.

You are likely to get into such a trap if you are looking for a cheap tour and have no itinerary or plan, because fake attractions are usually introduced to you by street tour guides. Beware of exaggerated information about "attractions", and being taken to wrong and strange places where you could be robbed.

One example is the fake Emperor’s Underground Palace (not the real Tomb of First Emperor Qin, which lies beneath an unexcavated mound, and is not open to the public), where you may pay 20 yuan or more. Located near the Terracotta Army, this poorly-made mockup should be avoided.

As a licensed and experienced tour company, we provide high-quality, customizable tour packages, including reliable transport and guides to keep you out of trouble.